Crimean Telegraph weekly publishes studies properties of dolmens that showed that megaliths are ideal sound resonators. According to one version, their could be used both in military affairs and in construction.

Modern civilization seems so advanced that inventions of the past look very primitive. However many technologies superior to modern ones were lost and still not reopened.

This applies, for example, to Roman cement, capable of expanding. and shrink under the influence of temperature. Buildings built with his use, stood for millennia, but what components used by the Romans, so no one found out. Same thing can say about the Greek fire (something like modern napalm), burning even in water. The exact composition of this fire is still unknown. 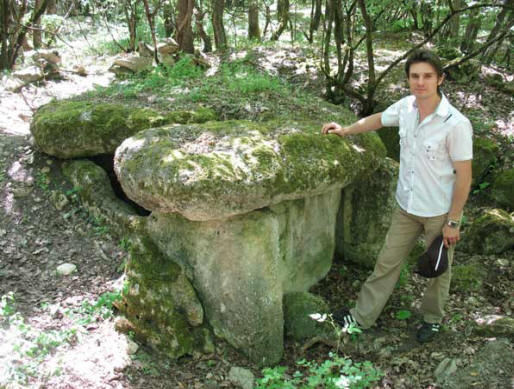 But the most mysterious and vanishing technology can be considered technology for using sound properties. Today people use the sound potential by a maximum of 10 percent, although the spectrum its application is quite wide – medicine (ultrasound), agriculture (plant breeding), navigation (echolocation) and, of course, music. As for construction, only recently has ultrasound, i.e. frequencies above 20 thousand hertz, began to be used, for example, in cutting metal, which is much faster and easier than using milling machine. Our distant ancestors, as it turned out, are still four thousand years ago could receive ultrasound in special stone resonators …

Megalithic stone “boxes” left all over the planet some ancient civilization, officially considered burial constructions. Although only in some of them were human remains. The same applies to Taurus boxes, Crimean dolmens – they, as a rule, were also found empty by archaeologists. By one version, were looted, on the other – the bones in them never was not, and rare group burials can be explained more late use by the peoples who subsequently inhabited the Crimean peninsula. Why, then, the ancient peoples, brands or someone yet, built dolmens? 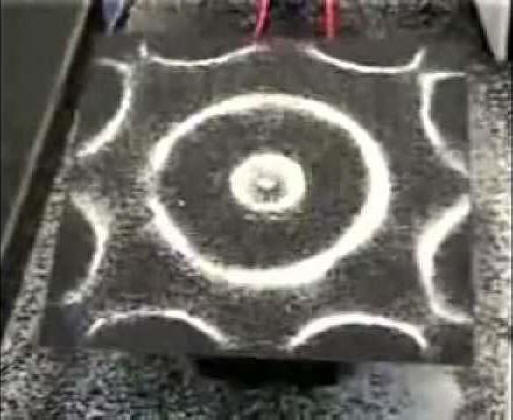 The original hypothesis about the purpose of dolmens was expressed scientists from Kiev Roman Furduy and Yuri Shvaidak. They proved that megaliths emit pulses of ultrasound, and the strongest – before sunrise. During the equinoxes, radiation is most intensively and continuously, and during solstices – minimally.

In turn, the specialists of the Russian Academy of Sciences Prokhorov and Shestakov in the 90s conducted a study of the properties of dolmens on Caucasus and concluded that stone boxes are sound resonators, like the so-called Helmholtz resonators, which a thousand times increase the vibrations coming from outside, and send them in a steady wave in a strictly defined direction. But where exactly and why?

The power of ultrasound

Back in 1680, the English scientist Robert Hook, conducting studies at Oxford University, accidentally noticed that when the effects of sound on objects of its form change. Tight studying the effects of sound vibrations on objects after one and a half century engaged in German researcher Ernst Hladni. In the process of experiments he was able to sound “draw” the picture, acting on the sand, scattered on a metal plate. The resulting drawings, representing geometrically regular forms, were called figures of Hladni. 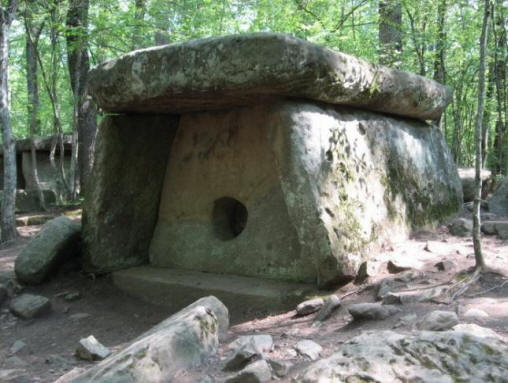 “Suppose we have a plate of any material on which we pour sand, then connect this system to oscillation generator, for example, one kilohertz. What will happen on this plate? The plate will become a resonator, and lines that correspond to maximum or minimum points that present this picture. Accordingly, if we have fluctuations not one wavelength, but several wavelengths, there will be such peaks some amount. Moreover, they will be proportional to those lengths waves with which we are all voicing it. Well, the output is such pictures. ”

However, so far no one has continued the experiments of Khladni, and the cymatics – a science that studies the properties of sound is not perceived by many scientists seriously.

But, curiously, some of the Hladni figures are identical. ancient Aryan runes, and their images on the Crimean dolmens, when they were still intact, travelers of the 18th – 19th centuries met.

“It is possible that the Crimean dolmens used to the construction of cave cities, because still in society the debate continues about what technologies were used to create numerous cave chambers throughout the peninsula, and the volume it’s amazing – it’s several tens of cubic meters as soft, hard enough rocks. ”

But what’s worth changing the shape of the stone with the help of ultrasound, even if the builders adapted to process metal with them!

“The main destruction from sound is its power, that is, what the stronger the sound, the higher the likelihood that it will lead to destruction. But the main problem is to catch the resonance frequencies, i.e. those frequencies at which the system will give a powerful response and on which everything will collapse. ”

In 1905, the Egyptian bridge collapsed in St. Petersburg. The official conclusion says that the design of the bridge could not stand too rhythmic fluctuations from the coordinated step of the military. And March 2 1907, the ceiling of the State Duma building collapsed – in total only from the operation of the electric fan in the attic … 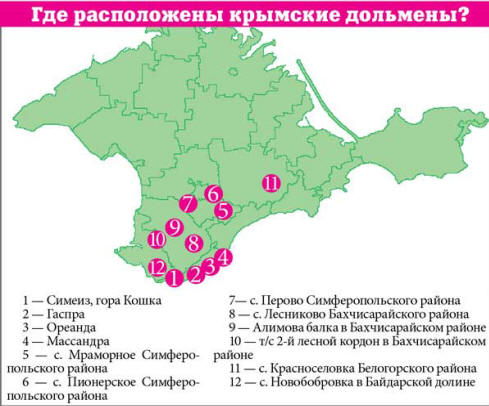 Dolmens are megalithic structures made up of four plates and covered with a lid. They are found all over the world. Some of them are considered cult, others – funeral. Characteristic a feature of most dolmens is a round hole along the center of one of the plates. In Crimea, such structures are usually called “Taurian boxes”, as their authorship is attributed to the disappeared people of the peninsula – Taurus, which appeared, as is customary to consider at the turn of the II – I millennia BC.