Throughout its history, humanity has been concerned with the question: Is there life after death? Religion answers it affirmatively. And official science is negative, because there are no reliable evidence to the contrary. As they say, no one from the other world coming back. Nevertheless, there is evidence, and absolutely objective. Is it psychography or automatic writing when man, against his will, fixes various information on paper, which by itself comes to him. 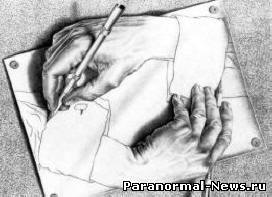