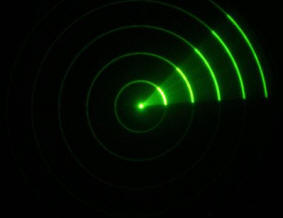 History knows a lot of people-phenomena, but even among them a unique gift from the Frenchman Etienne Bottino, who in the XVIII century managed to predict the arrival of ships long before they appeared on horizon, it looks very impressive. And the nature of this gift is not clear to this day.

Etienne Bottino was born in the town of Champtoso, department Rien-e-Loire, in 1739. As a young man, he went to Nantes, and from there to the Ильle-de-France region. This is what is published in Port Louis short edition “Dictionary of Mauritian Biographies”:

“In 1762, aboard one of the ships of the Royal Navy, he came up with the idea that a moving ship should produce in atmosphere some kind of effect. Some time after training he was already able to determine the appearance of the ship on the horizon. But was wrong so often that he soon stopped his experiments … ” 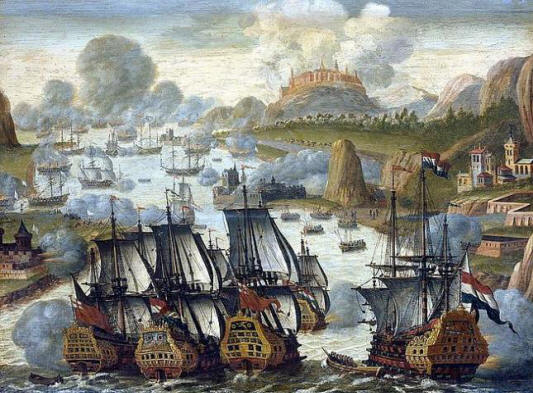 However, Etienne abandoned his venture only temporarily. In 1763 Bottino arrived on the island of Mauritius and received the position of engineer. The climate in Mauritius favored continued exercise in overseas vision. Good weather most of the year and then the fact that many ships bypassed Mauritius without entering port, let him exercise.

After some time, Bottino improved his abilities that began to bet. “He made a lot of money, since three days before the appearance of the ship on the horizon, without optical tube, foreshadowed his arrival. “With his discovery, a native Shamptoso decided to share with the governor of the island of Mauritius, but only incurred bossy anger. He was exiled to the island Madagascar with its no less exotic nature than in Mauritius, but when the governor changed, they returned back.

In 1780, the restless Bottino wrote about his amazing the abilities of the then Minister of the Navy of France de Castries. He ordered for two years to record all observations an unknown employee from Mauritius. Officially, they began on May 15 1782 year. That day Bottino reported that they were approaching the island. three ships, which appeared on May 17, 18 and 25.

On June 20, he predicted the arrival of “many ships,” and on the 29th the first ships of the French squadron, detained calmly, appeared. Bottino demanded from the governor 100 thousand livres premium and an annual retirement of 1300 livres for revealing his secret, recalling that from 1778 to 1782 he predicted the arrival of 575 ships every time a few days before they appear on the horizon. But the governor was in no hurry to part with the money.

Outraged Bottino went to his homeland. Audiences at the Sea he failed to achieve a minister. But he achieved public recognition the city of Lorient, showing her her abilities. Then, in 1785, in the annual “Mercure France” were published “Excerpts from the memoirs of Etienne Bottino about nauscopia “- he gave such a name , your gift. Judging by the reports | prints of that time Jean-Paul himself became interested in the abilities of the colonial official Marat, who then wrote a treatise on physics. To meet however, they did not succeed.

Information about Bottino is also available in the 12th volume of The Secret Memoirs Republic from 1764 to the present day “- a kind of chronicle XVIII century France. Under April 30, 1785 there is the following record:

“Monsieur Bottino, an old employee of the East India Company on the islands Ile de France and Bourbon, just posted a note for government, in which he insists that he found a physical method for detecting ships at distances up to 250 leagues.

He discovered it about twenty years ago: he studied it, went the way mistakes and insecurity, acted on the touch until it was successful – began to inform in advance about the arrival of ships, their number and distance from shores. Of the 155 vessels whose arrival was predicted by them (the figure is strongly underestimated compared to other data), half came to ports, as for the rest, he gave this explanation: winds, fighting actions or other obstacles prompted captains unexpectedly change course.

One of his most impressive results was the prediction the appearance of the English fleet, including the corvette and frigate, approached two days later. This fact was mentioned by officers and admirals, being on the islands at that time. ”

In 1793, Bottino returned to Mauritius and continued with tenacity their experiences. On June 15, he announced that 20 vessels would appear shortly. However not one of them seemed. They began to laugh at Bottino. But soon the scoffers had to apologize, as it turned out that the squadron admiral simply decided not to go to Mauritius and went straight to go to India.

What else is known about Etienne Bottino? The curious detail was found out recently: for some time the French unique lived on Ceylon, in Colombo, there he was seen by one of the editors of the book “New biography of contemporaries “, published in 1827. In its third volume it says that Bottino studied animal magnetism there – the basics hypnosis. He studied at the school of animal magnetism and talked with Indians, who, he said, “could work miracles.”

In his memoirs, of which only fragments have come down to us, Bottino bitterly complained about the atmosphere of misunderstanding and disbelief in him abilities surrounding him:

“I became another victim of a colonial routine on distant, islands forgotten by God and science that suffer from despotism officials. If annoyance and frustration cause me demise before I can explain my discovery, then the world will lose for a while knowledge of art that would do honor XVIII century. “” These people, who have no glimpse of thought, did not believe doubted anything, saying that I am a quack and that this is not may be. I am forced to live among this stupid rabble, stupid and cruel people mired in routine, taking hostility with hostility discovery, even one iota falling out of their own primitive understanding of the world … ”

The true child of that time, Etienne Bottino, did not receive the required money for his discovery, died in 1813 in Mauritius, taking away the secret wonderful predictions to the grave. On the island he is remembered. Alive a monument to him was a mountain towering over the blue surface of the ocean Montagn Long (Long), with which Bottino produced his observations.

What is the secret of Bottino?

What kind of gift did Etienne Bottino have? Modern researchers, those who studied its phenomenon are mostly inclined to atmospheric hypothesis. Their reasoning seems quite reasonable. From heating the vapors of ocean water rise to a considerable height by the sun, condense and form clouds. In the wake stream, which reserves a moving vessel, there are more of these fumes, and fountains of steam turn high in the sky into small pieces clouds. 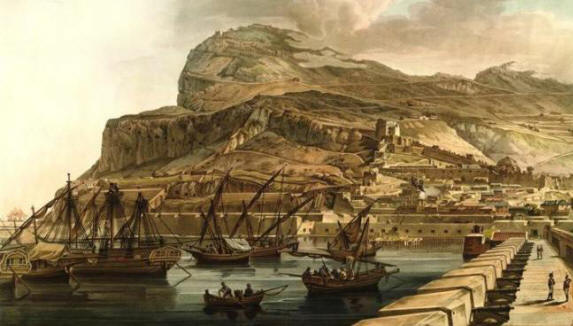 In clear sunny weather in the region of the equator, such atmospheric formations occur at an altitude of up to 18-20 kilometers and can be visible at a considerable distance.

They say that according to the number of clouds, Bottino could also judge the number of sailing ships. As for the huge distance of hundreds kilometers from Mauritius to the place of passage of ships, then this is not confuses the authors of the atmospheric hypothesis. Person with acute vision even satellites of distant planets can detect, “they say they are.

For example, experts believe that some ancient Chinese astronomer observed with the naked eye the moons of Jupiter almost at two millennia before Galileo Galilei who used a telescope. True, to none of his contemporaries Bottino noticed him special farsightedness. The most interesting thing is that proponents of the atmospheric hypothesis find an explanation even to the most a mysterious fact: how Bottino explained the national ship ownership.

Allegedly, the engineer knew French and English ships well, like, obviously, ships of other countries. They differed from each other not only in form, but also in speed. It affected them exposure to the atmosphere. Here, however, it should immediately be noted that in fact, at that time all ships had similar running qualities. Therefore, there is no noticeable difference in their impact the atmosphere simply could not be.

Along with this, already in our time when studying photographs of the ocean, received from space, two images attracted the attention of experts. On one was clearly visible passenger ship, which stretched for long sandstone footprint. In another picture taken in the following a satellite or a ship’s turn was no longer visible, but in its place was A chain of clouds that closely follows the ship’s path.

In support of their hypothesis, its proponents cite and to an unusual phenomenon – the “messenger clouds” that are observed in Sahara desert. Tuaregs living there when appearing on the horizon small oblong clouds say they will come soon caravan. And they turn out to be right: a few hours later on Camel silhouettes appear on the horizon. That is, from the caravan, moving in the sandy sea, the same effect is observed as from sailing ships in the ocean

An alternative version is the development of Bottino predictive clairvoyance. Parapsychologists claim that man able to contact the global information field, in which contains information about everything that has already happened or will happen in the future. Moreover, such contact is facilitated when a person is in a state of altered consciousness, peculiar trance.

Perhaps a French engineer peering into the sea and thinking about ships, scooped up information from the global information fields. Anyway, Bottino’s stay in Colombo among the yogis, who from time immemorial owned including trance techniques, allows us to consider this hypothesis.