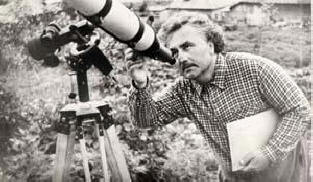 The son of teachers

Anatoly Dyakov was born in Ukraine in a family of teachers. Mother taught languages ​​and taught her son English and French. The boy became interested in astronomy, the village teacher gave him a small telescope. In 1933, Dyakov graduated from Odessa University, worked at the Tashkent Observatory and went to continue his education in Moscow State University. Once in a student environment, he read his notes “Travel from Tashkent to Moscow.” The country described in them is small resembled the “happy Land of the Soviets.” Denunciation – Butyrka – 3 years camps.

Subsequently, Dyakov said that he was very lucky: he was taken to 1935, in 1937 for such “art” was already shot. Z / to Dyakov in among others turned up in Mountain Shoria at the construction of the iron the roads.

Astronomer? – You will be a weather forecaster

One day, the head of the camp called Dyakova s ​​/ c. “Are you an astronomer? So, you are appointed chief construction meteorologist. In your three stations are available. You will give three-day forecasts. AND try not to make mistakes “- the hard look of the head of GorshorLag did not promise anything good. 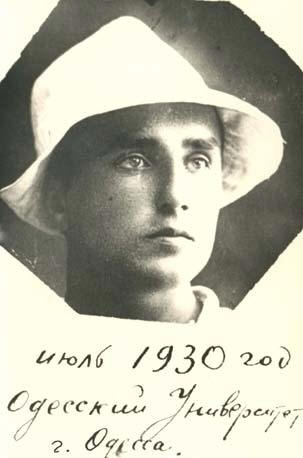 The construction progress was under the vigilant control of Moscow. Downtime was seen as sabotage, work in bad weather – as sabotage. The local meteorological service is prudent under a plausible pretext for the poorly studied climate of Mountain Shoria chose to evade honor to take part in an important construction site. Zek Dyakov did not have the right to vote, and could not refuse. He was not mistaken either once, and therefore survived. Freed him in 1936, but freedom turned out to be ghostly. Very soon, Dyakov realized that the certificate of release – the same wolf ticket. He returned to Mountain Shoria on previous place of work, but already as a civilian.

When at the end of construction the Meteorological Bureau of Mountain Shoria transferred to the Hydromet department, Dyakov entered with leadership in conflict: “I will not distribute your nonsense! I myself will be forecasts. “He entered the competition with the entire meteorological service of the USSR: whose the forecast will be more accurate. Dyakov accurately predicted drought and strong rains, while the Hydromet escaped with general phrases. Accuracy his forecasts for Western Siberia in 10 days reached 90-95%, for month – 80-85%. All collective farms of Kuzbass began to give away very soon preference to Dyakov’s forecasts against official ones. 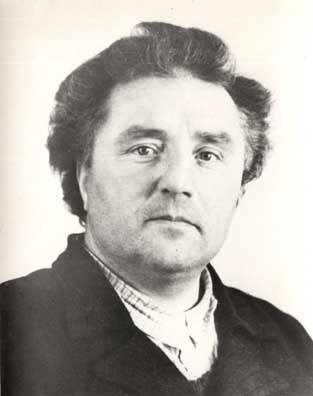 Relying precisely on the clerical forecasts, the heads of collective farms planned sowing and harvesting plans. To the village of Temirtau, where Dyakov lived, expensive gifts were sent (up to gold hours!) and bonuses. Under the general pressure of business executives Anatoly Vitalievich was awarded the Order of the Red Banner of Labor with wording “for successes in increasing production grain. “Highly, very highly appreciated by the grain growers accurate forecasts Dyakova! Volyn Regional Committee, Sverdlovsk, Bashkir, Kemerovo – in The family’s archives store hundreds of telegrams with only one request: “Give a forecast!”

For 1-2 months, Dyakov could predict such natural disasters like a storm, typhoon, hurricane, heavy rain anywhere in the world. Behind he sent telegrams to France, America, India from warnings of impending cataclysms. In 1966, Dyakov sent a telegram to Cuba with a hurricane forecast. Amazing but Cubans heeded the warning of an unknown weather forecaster from Altai village and took action. Hurricane Ines literally destroyed Santo Domingo, Guadeloupe and Haiti. Damage to Cuba thanks to measures was minimal. A thank-you telegram left in Temirtau signed by Fidel Castro. In 1978, Dyakov sent a telegram Paris forecasters with a warning about the coming extremely harsh winter. The answer came with a hidden mockery. However when unpredictable frosts and damage fell on the predicted time in France exceeded 4 billion francs, a telegram came from Paris completely other content. The French expressed admiration for the accuracy of the forecast and were interested in the technique.

There is no prophet in his own country

And meanwhile, in the homeland, Dyakov was considered a quack! Official science stubbornly did not want to admit that a loner armed only with a school telescope, much more useful than a powerful organization with hundreds of branches and a millionth budget. The fact that Dyakov is not recognized the official methodology according to which the weather is “done” pressure drops. He believed that the main violin was played by air flows formed under the influence of the Sun and the Earth’s magnetic field. It was the appearance and disappearance of spots on the Sun that were the source point of his calculations. A large scientific community could not accept this. Otherwise, I would have to admit that volumes of scientific papers, for which posts and titles were received – just waste paper.

A brief moment of glory

In 1972, the European part of the USSR suffered the worst drought for the entire XX century. At one time, foretelling her and not heard nobody Dyakov, when the “thunder struck,” became famous. Government recommended (i.e. ordered) Hydromet to study the Dyakovo method. Dyakov was invited to Obninsk near Moscow to read a report on its methodology. He came and read his report … in French! It was a slap in the face. The vast majority of husbands sitting in the hall loudly calling themselves “scientists” to perfection, owned only one language – Russian. Academics and professors were forced to listen Dyakova through the translator. Returning from a trip, Dyakov found out that his station is now under the tutelage of Kuznetsk metallurgical plant, which ordered in France for Dyakov new powerful telescope. 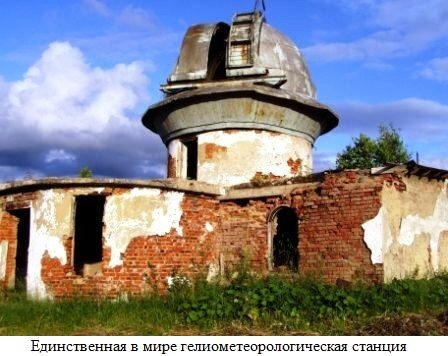 Despite the booming interest in her, heliometeorology is so and did not become recognized. Anatoly Vitalievich died in 1985. His scientific records are mostly lost. The only one in the world the heliometeostation is abandoned, and the French telescope is in the tuning room years of power were exchanged for a woodworking machine.