Today, there are follower societies around the world. druids numbering several million people. But the paradox lies in the fact that the original representatives of this mysterious cultures completely disappeared from the face of the earth many centuries ago, not leaving the descendants not a single written source of their magic knowledge. These days, people calling themselves druids are trying reconstruct an ancient cult, listen to trees and stones, explore sacred places and structures, the most famous of which is Stonehenge. But often they don’t understand who they were. their idols really. Many present them as highly developed. humanoids in white robes constantly in touch with the “soul” of the universe. Perhaps they really were. ROMAN NEXT From history it is known that the Celts druids called the priests. Regarding the origin of the word itself, there is several versions. The first belongs to the ancient Roman historian and philosopher Pliny the Elder, who believed that the word “druid” is connected with Greek “drus” – oak, but most modern Researchers see its roots in the Irish “Drui,” literally translated – “people of oak trees.” The meaning of the name in both versions identical. It is confirmed by many testimonies, including mentioned Pliny, who wrote: “For druids … there is nothing more sacred than the mistletoe and the tree on which it grows, and namely, oak. Reverence to this tree comes to the point that they set up sanctuaries not only in oak groves, but during magic rituals tend to hold in their hand a branch of this tree. They also form the names of their priests on behalf of the oak. ” It is noteworthy that on the same sacred trees or near them priests made terrible human sacrifices: some the unfortunate were hung on the branches, and then slowly burned, others drowned in special boilers or buried alive in the ground. Moreover the cruelty of the druids struck even the seasoned Roman tyrant OAK GROVES Quite a detailed description of the druids left descendants of Guy Julius Caesar. According to his notes, they took active participation in the affairs of worship, watched the correctness of public sacrifices, all interpreted issues related to the cult sphere. Religious beliefs the ancient Celts included faith in the whole pantheon of gods and in immortality the human soul, which after the death of one physical body could relocate to another. According to Caesar, this religious priests used the technique so that warriors were not afraid of death and showed reckless courage in battle. After all, they themselves are nothing risked being at the very top of the social hierarchy. By the way most of all in the Celtic world the absolute hit the Romans, the undisputed power of the druids over their fellow tribesmen. According to observations the great Roman, they held judgment and decided in their meetings issues of war and peace, posed and overthrown the rulers, that is were the ultimate truth. But this absolute power on the clear organization of the priesthood and the abilities that it possessed. It’s about hypnosis, healing, occultism, clairvoyance, etc. In addition, it is known that druids have a lot of attention given to the celestial bodies and their movement, talked about the size and the device of the world, about the physical body of a person and his capabilities. They are they taught young people the sciences. All the more surprising that so a powerful and knowledgeable caste did not leave the world written heritage. MYSTERY OF AUTHORITY Today, everything we know about worldview, religion and magic of druids, it is necessary to collect bit by bit from the observations and records of the Greeks, Romans and other peoples, who visited the Celtic world. According to Caesar’s testimony, knowledge druids were forbidden to write: “It seems to me that such an order in them for two reasons: the druids do not want their teaching made public, and so that their pupils, relying too much on the record, paid less attention to strengthening memory. ” Modern scholars have also tried to explain a strange phenomenon. Some even believed that the Druids did not have a written language at all. However, it is not. First, they wrote in Greek letters on “the number of those who could carry weapons and, equally, separately – how many children, old people and women – live in settlements. “And, according to Diodorus of Sicily, during the funeral of some Gauls threw letters addressed to the fire dead. Огамические надписи друидов 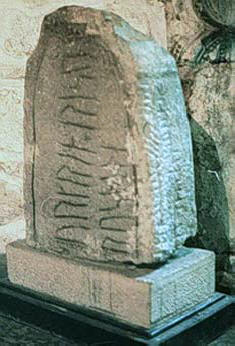 Фото изopen source Moreover, in Ireland, where about knowledge and the magical abilities of the druids were legends, in the V – VI centuries. there was a special writing “ogam”, consisting of notches, horizontal and oblique lines drawn on stone. In british the islands found about three hundred ogamic inscriptions made on tombstones. But their content is limited mainly by the name dead person. There is reason to believe that ogamic inscriptions also carved on wooden sticks, and judging by sources, they were made by the Druids, then using for witchcraft. Therefore, many believe that ogam was for the Celts the same as the runes for the Scandinavians. This means that the druids and their students are wonderful were able to read and write. But the writing in their view was associated with magic more powerful than spoken language, and therefore used only in exceptional cases. It’s for this among the ogamic inscriptions not found literary text. LOST OR HIDDEN? It would seem that, it remains only to accept that the wisdom of the druids for humanity is irretrievably lost. However painstaking work on her recreation was carried out by scientists and enthusiasts from the era revival, and already from the middle of the XIX century gave significant results. The main sources again were ancient and Irish texts that let you know about the origin Druidism, the hierarchical structure of the order, on religious practices. 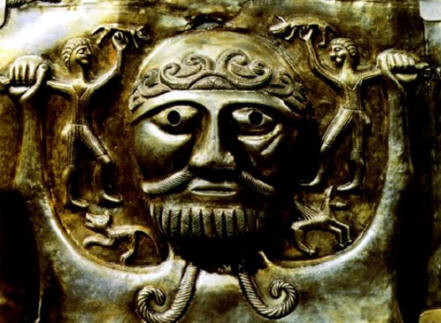 Фото изopen sources Antique authors divided druidic knowledge into area of ​​supernatural and science. Strabo mentioned that the Druids have a deep knowledge of nature, and Cicero has information about the learned druid Divitiak – versed in literally all laws the universe. Caesar and Pliny testified that the Druids made up the lunar calendar, in which the account was kept not by days, but by at night. And finally, the Greek author in the III century. n e. claimed: “The Celts consider their druids to be soothsayers and prophets, since they predict some events through calculations and calculations. “This is confirmed by archaeological data. On British Isles have existed since the Bronze Age observatories that make astronomical observations, predict solar and lunar eclipses, as well as other phenomena. Thanks to Celtic and Irish mythology, we know about the “Other the world of “ancient Celts, which is completely different from the afterlife other nations. In this quiet haven of peace, bliss and pleasures, according to popular beliefs, not only the dead, but also living people fell. By Irish it was called “Sid”, and this word etymologically means “World”. It is curious that in Side and on Earth time flowed with different speed, and living people got there only by invitation beautiful “alien” of the opposite sex. Finally, in the 20th century to druidic scholars are joined by people with paranormal abilities, which in our time is becoming more. Moreover many of them suggest that elements of natural magic, or the magic of the four elements, often spontaneously appeared in their minds, then leading to an information tour on the basics of druidism. Other claim that ancient knowledge today comes to us from the water, fire, from stones, trees and stars, from the information field of the Earth. MAGIC OF Druids Now try to summarize all available intelligence. The teachings of the Druids came from the natural religion, and based on a deep study of the relationship of man and the surrounding world. As for magic, it was also built on the laws of nature and the use of the power of the four elements. Druids denied death and believed that after the completion of one earthly life can go into another beautiful world or move into a new body, preserving self. Finally, they found their superpowers through technologies that bring their physical body in an altered state. For example, in Druidic magic the key The role is played by mental and physical calm. It helped to find him special breathing practice involving listening own heart and entering into a certain resonance with it. Beginners learned to achieve breathing, in which three heartbeats accounted for by inhalation and three by exhalation. In this state, the druids looked past and future and in general everything to which they showed interest or something just touched. So they tried to breathe about an hour without a break and daily training led to that gradually the rhythm of breathing slowed down in principle. Second phase practices – “breath of insight” – concluded in a mode in which four beats of the pulse accounted for one breath and another four – one exhale. The more time the druid breathed in such a rhythm and the more familiar felt in him, the greater was the gift of clairvoyance, allowing to read information from running water, live fire, beast or birds. And only a few, the most powerful druids, were under the power to master the third step – the “breath of death” when by inhalation and exhalation accounted for five beats of the heart. Druids came to graves, lay down, entered a state of “breath of death” and “looked through” the life of the deceased or read information that he owned and carried with him to another world. In this state, the druids talked to trees and heard the voices of gods in whom sought advice. The most important were ancient trees, growing in places of power. In addition, the “wise and speaking tree” should have had a hole in the trunk. Druids put two in it small flat stones and carved “their” signs. Photos from open sources. These stones and the sign created a mystical or the energy connection between the tree and the magician who was becoming his master. Druids made offerings to their trees in the form of wine, honey or incense before them. Thus the tree became both an antenna and a “intercom” for communication with by the gods. DANGEROUS COMMUNICATIONS Today’s interest in ancient knowledge is growing. And many have no doubt that their disclosure will enable manage reality in contact with higher powers. According to the data BBC News, in 2003 more than ten thousand were considered druids the British. They expertly speak of reverence for the world around us, that the Divine spirit permeates everything existing: plants, animals, stones, man and the gods themselves, oh sacred animals and plants, rocks and stones. Фото изopen source And strive to master a mysterious ability the ancients to stretch some spiritual connections through all that exists and … with with the help of acquired power, the brutal manipulation of simple by people. Right now, the new druids say, the time has come the awakening of the planet and the radical transformation of the world.