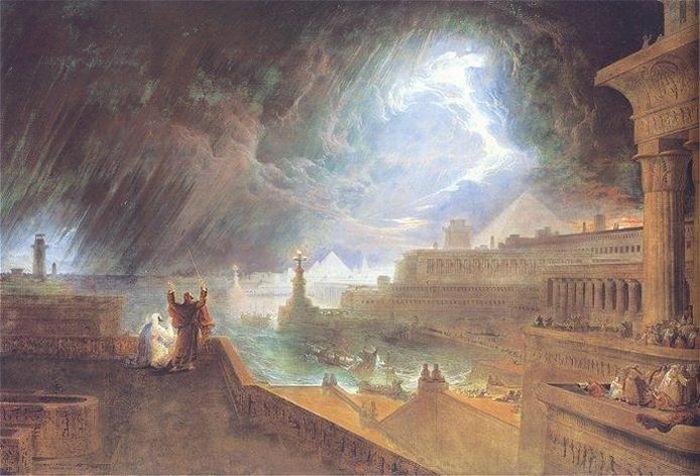 The darkness of Egypt, which lasted three days, is mentioned in Old Testament as one of the miracles performed by the prophet Moses. However, this phenomenon was observed later, including in our time. In general, the history of mankind remembers several cases when ground descended inexplicable pitch darkness. In ancient times this phenomenon was perceived as God’s punishment, today it is attributed to abnormal phenomena. However, in our days, despite everything achievements of science, no one was able to give him a reasonable explanation.

If we talk about modern times, the first documentary data on suddenly reigning darkness date back to the beginning of the 20th century. April 2, 1904 subway station in Wimbledon (district London) suddenly plunged into impenetrable darkness. It is clear that this event caused considerable confusion among passengers and staff station. The darkness lasted a few minutes, after which the same suddenly dissipated. The public demanded an explanation from authorities.

It was not possible to hush up the scandal; too many people witnessed strange event. And the city authorities turned for help to to scientists. A few days later at the scene of an amazing incident an experiment was conducted. Hastily summoned experts tried simulate a situation to find an explanation of what happened. However it was not possible to recreate the same darkness, because the participants in the experiment discerned in the ensuing artificial darkness silhouettes of objects and people. And the darkness that enveloped the station on April 2 was truly impenetrable.

Unable to find a reasonable interpretation, scientists suggested that some gas escaping from the bowels of the earth caused temporary blindness people in an inadequately ventilated area. However this version turned out to be untenable, since the medical the examination did not reveal any signs in the witnesses of the event, indicating eye damage. And the question, as they say, remained open …

A few years later, the “Egyptian darkness” covered the American the city of Louisville, located in Kentucky. It happened 7 March 1911 about 16 hours. At that time, over 50 people lived in the city thousand people, and therefore ignore this fact, imagine it as a falsification or self-deception was impossible.

It is interesting that, talking about their feelings, the residents of Louisville mentioned in particular the distortions of space. Darkness itself too seemed to many tangible: the air seemed to condense, and move it had with some effort, as if under water. 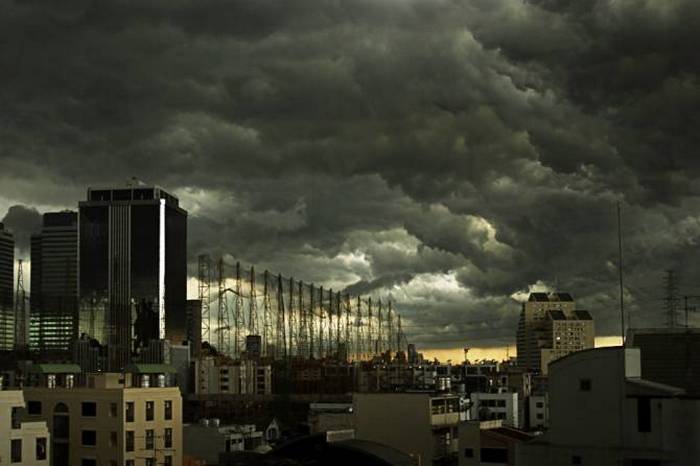 And one more very interesting detail. Finding yourself in absolute Louisville smokers that naturally began to get matches. Later they said they heard the flames lit matches with them, like flames burned fingers, but no light arose!

The darkness subsided after an hour. Frightened citizens rushed restore order, which during this hour has been disturbed. People risking moving in complete darkness, found themselves pretty far from the places where they were originally located.

After some time, life in Louisville went into the usual rut, however, the townspeople for a long time kept the memory of the inexplicable descent on them the beyond darkness …

Another amazing property of this phenomenon was discovered 16 July 1957 in the French city of Arles. Victim anomaly on this once became a 54-year-old woman who worked as a nanny. As usual around noon Madame Genet took the child for a walk. In a city park she put the stroller with the sleeping baby under the tree and sat on the bench is near. Subsequently, the woman said that the light faded quite suddenly, as if at once they turned off the electricity. In that the instant the baby woke up crying. Pulling the stroller Madame Genet found the baby by touch and pressed him to her, trying reassure … 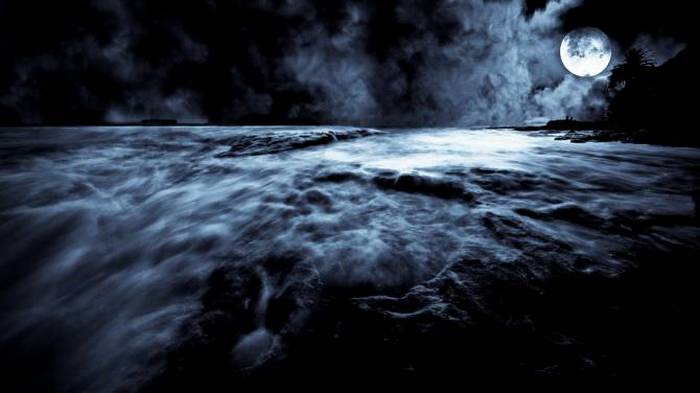 So she sat for about a quarter of an hour – and suddenly the darkness disappeared, but for some reason instead of a sunny afternoon in the park evening! .. Having laid the baby in the stroller, the woman hurried home, where found her employers in tears. It turned out that the nanny and the child been absent for three days! Police and volunteers turned upside down this time the city is upside down but no traces were found disappeared …

Since Madame Genet was known as a responsible, serious and balanced person, her amazing story was believed. Besides Moreover, the supply of diapers for the baby turned out to be intact, a bottle of milk – complete, and other signs indicated a recent departure from at home.

They could not explain what had happened even now, but a new one appeared. fact: in addition to all the already known properties, pitch darkness affects time flow.

The next time this quality was demonstrated in 1979. in foothills of the Gissar Range. Four climbers pitched here The camp is cloudless on a warm evening. They already set up a tent and began to make a fire when suddenly impenetrable darkness fell upon people. Fortunately, all four climbers were at that moment nearby and managed to grab hands. Friends shouted however when this did not hear themselves. The impression was such that everyone covered black soundproof hood … 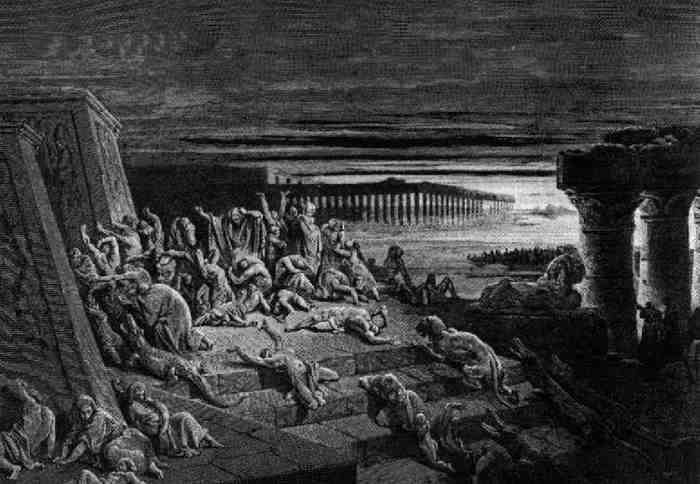 Strange dimming continued, according to the sensations of people, minutes five, after which the darkness subsided sharply. In the eyes of friends did not hit in the evening the sun was bright, the clock was about noon. When, going down, climbers arrived at the main camp, they with they found out with amazement that they had been absent for more than a day and a half and rescue teams are looking for them in the surrounding mountains …

Attempts to explain the mysterious darkness

Modern science is not able to explain the phenomenon of absolute darkness, however, thanks to the facts gathered, we can talk about certain patterns. Lack of light almost always accompanied by temporary and spatial disturbances. how it is known that light waves are electromagnetic waves. Since the Earth is surrounded by a powerful electromagnetic field, it is not it is excluded that the part of the light spectrum visible to us passes into a condition that the human eye does not pick up. 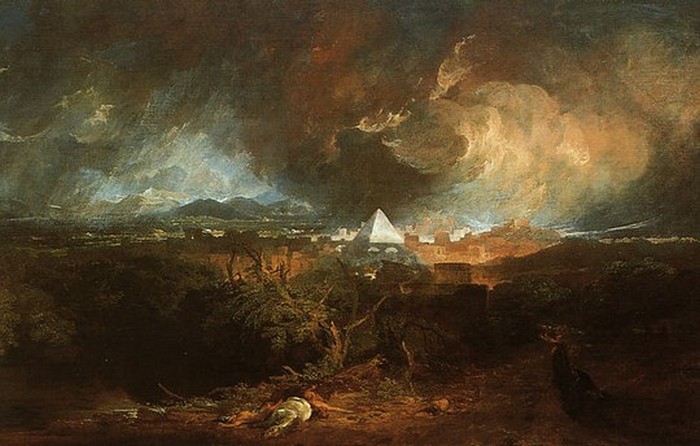 However, the reasons for this violation are not clear, nor are scientists clear distortions of space and time at this moment. That is so called the darkness of Egypt – a phenomenon that can not be studied. Till it can only be observed and various hypotheses built. The only thing that scientists advise, in this case is not worth anything to undertake and even more so try to move. Judging by According to the latest data, darkness does not last long, at least for those who is in it …