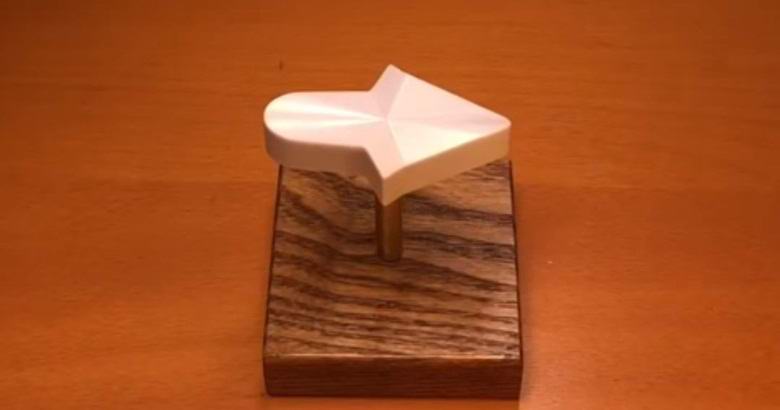 This time Sugihara, famous for his bewitching tricks visual perception demonstrated to the world public “magic” arrow, which always points to the right – no matter how rotate it 180 degrees.

A curious product looks completely symmetrical from above. Even when a mirror is placed near him, the illusion continues to work, distorting the expected reflection (already looking to the left), even more surprising impressionable viewers.

The answer, it turns out, is extremely simple. Fact that gracefully the constructed object changes its appearance depending on at what angle to look at him. The waves on the surface of the product were designed so that one side of it looks like arrow, in the other – had a rounded appearance.

This is a good example of how creative and custom thinks a Japanese mathematician, creating his works, as far as the illusion itself can be amazing, almost fantastic.

But Mother Nature, presumably, is much more powerful and more inventive than even the most talented person. Maybe, many inexplicable phenomena in the world are created just by natural illusions that we not only unravel, but even sometimes understand what it is is impossible. Not to mention the illusions that man creates for himself – either by his weakness, or by its imperfection. And it turns out: our whole life is continuous illusion. Or maybe it is? ..