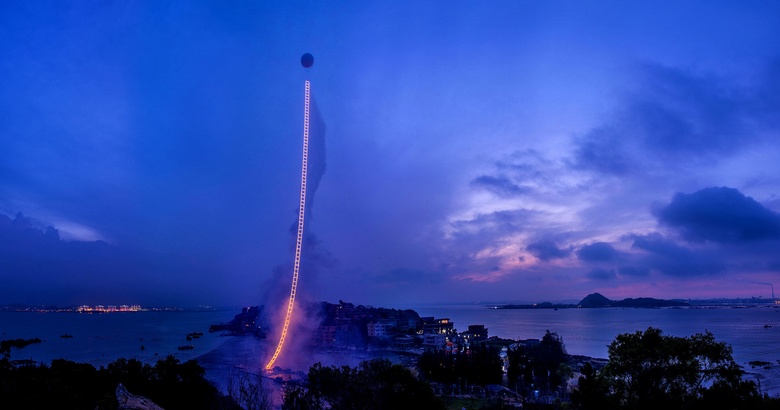 This happened more than a quarter century ago with a resident of Krasnodar Vasily Alexandrovich Pleshakov. Article in which he spoke about the heavenly fire staircase was published in the issue of reporters newspaper “Soviet Kuban” on May 25, 1990.

On that November night, he woke up at two o’clock, and why – himself could not understand. Perhaps he was awakened by a passing commodity the train from which the house was shaking. Be that as it may, Pleshakov lay on couch, looking at the flashes of light flashing on the wall. Seemed that through the Kuban there passes a column of cars along the bridge. Deciding that these are military exercises, the man stood up and approached the window. No there were no cars on the bridge, and light came from the sky.

It arose between the clouds – strong and throbbing. Outbreaks alternated at intervals of 2-4 seconds. Suddenly from the “pulsar” a narrow yellow beam erupted in an absolutely fantastic view. Despite to all the laws of nature, this ray was … broken! Lower end of it buried himself in the ground behind a railway embankment, not far from which was the house of Pleshakov.

Zigzag consisted of three light segments of different lengths. Still frozen in the sky, he was clearly and clearly visible. Little light the “pulsar” between the clouds began to weaken, at the same time on the beam perpendicular rungs began to appear sequentially, resembling paired processes. First towards the ground there was one pair, then the second, third …

With the advent of the fourth pair, the processes of the first adorned at the ends fireballs. And so, in strict sequence and with at intervals, an extraordinary zigzag lined up in the sky a garland staircase, the lower end of which rested on the ground. 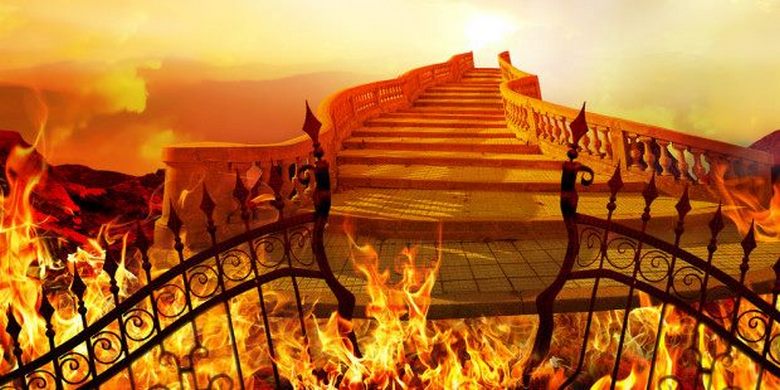 The Pulsar went out, and now this one staircase glowed in the night heaven, causing the eyewitness at the same time amazement, fear and Delight. Vasily Alexandrovich had a pencil at hand, and the man hastily scribbled on paper what he had seen. After some time, the “magic ladder” with the same clarity began to remove both the balls and the crossbars that now disappeared into upward direction …

Among the clouds a bright “pulsar” reappeared, and a broken glowing the beam slowly pulled into him. “Pulsar”, continuing to blink, became slowly fade away. Soon beyond the window, the impenetrable blackened dark…

The drawing of the fire staircase recovered the night incident

Waking up in the morning, Vasily Alexandrovich did not remember anything from of what he saw last night. On the table, a man found an unusual a drawing that was not there last night. Pleshakov stood holding the drawing in his hands, and did not understand anything, however, and tear it from for some reason his eyes could not.

Then the details began to slowly clear up in his head. last night. Pleshakov is sure that this was not a dream, but sleepwalking he never suffered. Everything he saw happened in reality, that’s just why he didn’t remember anything after awakenings? ..