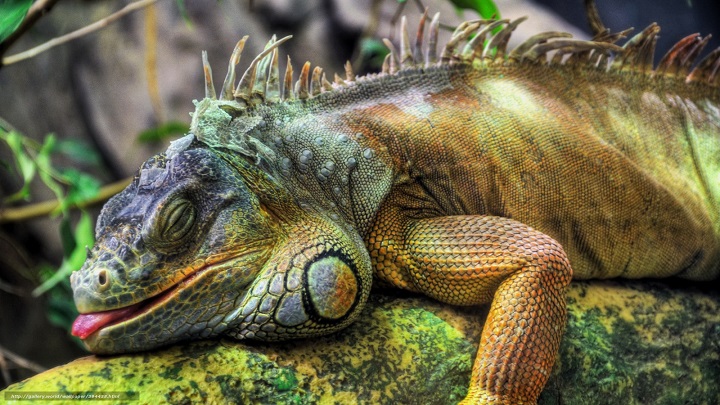 Due to abnormally low temperatures in Florida (USA) the so-called iguanopad is expected. This was reported by the national state meteorological service. A sharp cooling is also expected in the states of Georgia, Louisiana, South Carolina and North Caroline.

In these states, air temperature dropped to abnormal for these places values: from -1 to +4 degrees Celsius. It turns out iguanas can hardly tolerate such low temperatures, and at +7 degrees they just fall into a state of suspended animation. Suddenly falling asleep on tree, lizards can fall from it.

In this state, many might think that iguanas are dead, but this is not true. Therefore, meteorologists recommended not to disturb iguana, but just if possible, transfer them to a safe, calm a place. Young lizards endure very low temperatures air, so the cold can be fatal for them. When ambient temperature will return to the previous plus values, iguanas will wake up on their own.