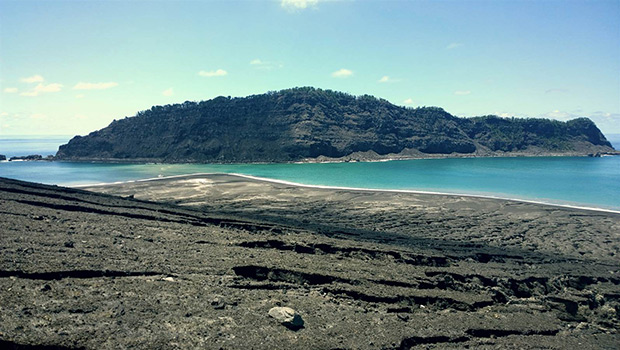 The eruption of an underwater volcano in the South Pacific ocean formed a new island, which is now located at 45 kilometers from the capital of the kingdom of Tonga, Nukualofa.

The length of the newborn island is 1.8 kilometers, and in 1.2 kilometers wide. Researchers are currently talking about the instability of the surface of the island, since it can at any moment crumble and just go under water. The island consists mainly of volcanic dark rock that may be caught crystals.

The underwater volcano that created the island began to erupt in December last year. A video was posted on the web in which captured jets of gas escaping from the water. And after a few days the outlines of the island could be seen on satellite pictures. 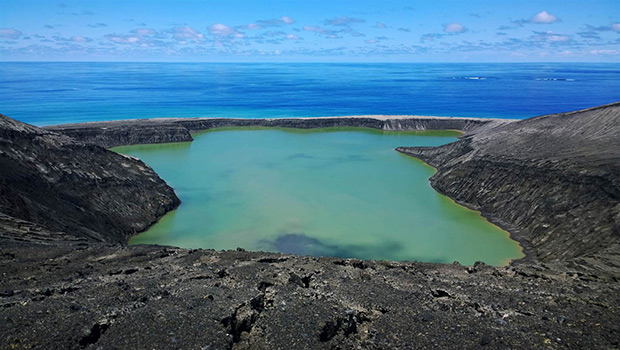 The owner of a local hotel, Gianpiero Orbassano, without thinking twice, went with friends to the island to take some pictures near. According to Orbassano, the surface of the island looks solid, but it’s still hot.

Pioneers managed to get to the crater, which is located in the very center of the island, and it found a green lake that exudes the smell of sulfur.