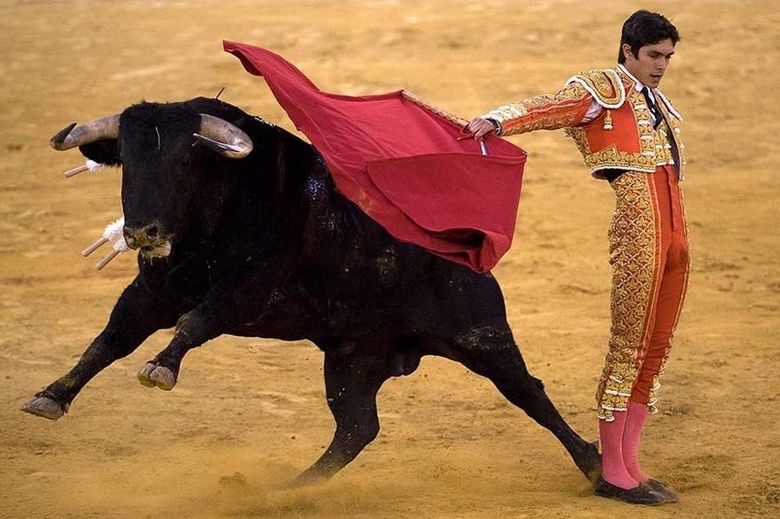 Not so long ago, we introduced users of our resource to quite an interesting topic – where did it come from and when was it born “Russian roulette”. Despite her specific national sounding like deadly fun as it turned out common in many countries. For example, spanish fights with bulls – isn’t that the same test of fate?

Many, of course, may object that bullfighting is still a mass spectacle, and put on a commercial basis, national tradition of the country and much more. But you need to remember that literally urban “Russians are arranged in front of the bullfight roulette “when they drive ferocious bulls through the streets, and in front of the herd rush those who want to get their portion of adrenaline or horn in back and hoof on the head of a deadly animal.

And what to call in this case the deadly rodeo The ring of fire hosted in the United States of America? We are offering to you watch the video from the May “Ring of Fire”, held in Oklahoma on the Miami Rodeo site. 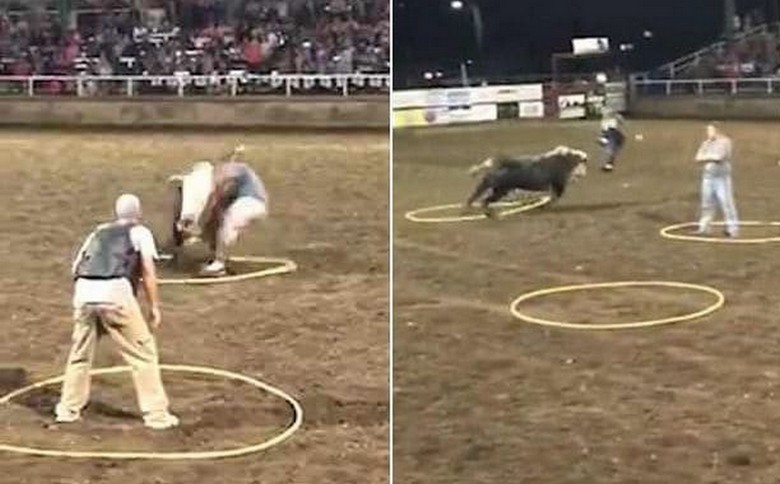 This “Russian roulette” suggests the following conditions – whether competitions, or insanity. You need to pay 25 dollars to participate in this deadly game which consists in following:

It’s amazing that the bid for participating in such an extreme competition is gradually increasing, however, its popularity is growing. Suffice it to say that in this deadly show more and more women are involved, not to mention the audience, which is becoming more and more. Just some kind of mass psychosis. Where to him is ours “Russian roulette”…