He was worshiped and at the same time feared. It is not surprising, because the Slavic god Semargl was identified with the fiery element, in whose power to destroy everything in its path. According to legend, he lived among mortals and protected people from all evil, stood guard with a fiery sword between two worlds – the afterlife and the real, and punished those whose deeds brought misfortune. 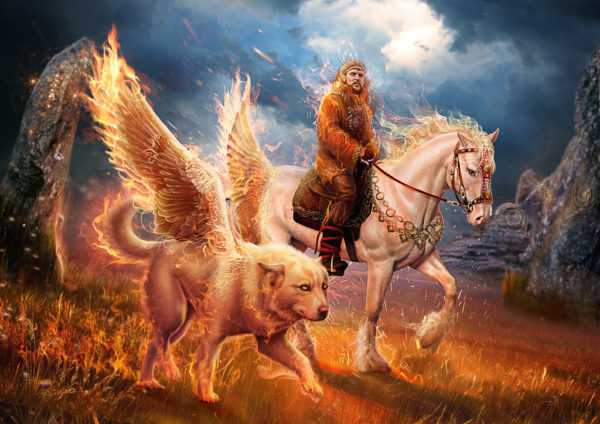 The god of fire Semargl is the eldest son of the powerful Svarog. He was born from sparks of stone from the blow of his father's blacksmith's hammer to protect people. Tall and robust with fiery red hair, he mastered the art of an invincible warrior, a brave rider and a noble protector of the weak and disadvantaged.

Semargl or Firebog, like a fire flame, burned out evil thoughts, kept from failures and natural disasters, protected from evil spirits.

Svarog sent his child to help people so that they would not get entangled in the routine of life and could always find the right way out.

In Slavic mythology, Semargl was considered a cleansing force and turned in the hope of changing their lives, getting rid of old deeds and bad thoughts for rebirth and righteous fate. They lit a fire and made a bloodless sacrifice, asking for cleansing.

The fiery deity was revered in a special way on the night of Kupala and the Spring Equinox, where the flame of the fire was the main liberating force. And April 14, according to the new style, and April 1 according to the old style, were revered as the sacred day of Semargl, when Winter melts in the ritual fire.

According to legend, among the Slavs, God burned the last snow in the fields to make way for new crops. Semargl guarded the seeds, and then appeared and brought the breath of life into them.

He participated in the first battle of the gods against the black army of the world and won the victory, cutting the darkness with his sword, where the army of Chernobog died. Since olden times, Slavic warriors, before a decisive battle, worshiped a fiery deity with a request to grant victory. As a result, God appeared at the site of the slaughter, calling on the forces of good to destroy the champions of evil.

In Slavic mythology, Semargl helped hide Maya-Zlatogorka – a giantess and the owner of divine power, so that she gave birth to the god of the winter sun – Kolyada and the god of autumn – Avsen. And when they were born, with one blow of a fiery blade, knocked out the source of living water in the cave.

A valiant warrior and defender, not alien to anything human, Semargl once left his service in the name of people for the sake of the beautiful goddess of summer nights, the Bather. According to legend, they had two children: Kupalo and Kostroma. 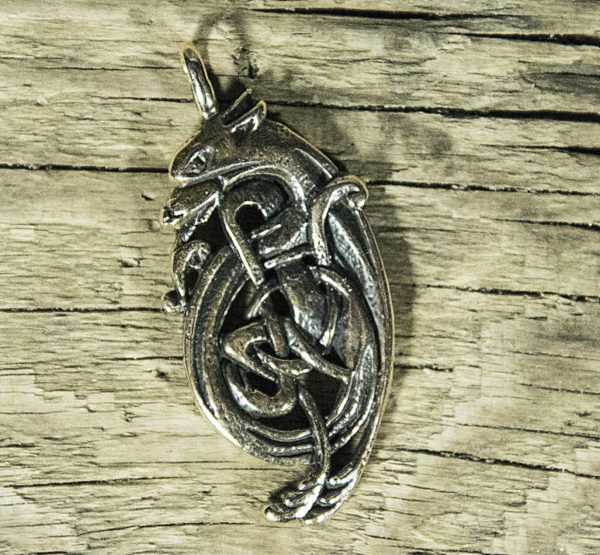 Helping people is the lot and vigilant care of the Slavic god Semargl, but only those who observe the laws of conscience and creativity and honor the commandments of the gods can count on it. Otherwise, the powerful energy will punish the owner of the Semargl amulet and send a fire as punishment.

Fire is able to warm not only the body, but also the soul, overcoming space and time. Therefore, they prefer to wear the sacred symbol as a talisman around the neck, decorate the body and apply it as an image in houses. Usually, Semargl's amulets are signs in the form of tongues of flame.

You can make a Semargl amulet yourself, using natural materials – birch bark or a piece of any tree. Apply the symbol to the base and perform the ritual. Prepare in advance:

Several symbols belong to the patron saint of the palace, the god Semargl. On ancient jewelry, he was depicted in the guise of a winged dog or a wolf, a golden-feathered fiery bird and a fire-breathing dragon.

The main one is the Rune of Semargl or the rune of the Wolf. It looks like two intersecting rays that diverge in different directions, forming a square. After all, it was the predatory animal among the Slavs that was considered a noble creature, it was never killed, but revered as a protector and guide to the kingdom of the dead.

The symbolism of the god of the Slavs Semargl is the shield and sword of the world of people, which is capable of warming, protecting, protecting, helping and healing only when a person's life is not directed to the black side.