Hamsa or the hand of Fatima is an unusual talisman symbolizing the sincerity of feelings, opposition to evil, courageous and persistent character. It protects from the evil eye and damage, looks like a palm with a special anatomical shape: instead of the little finger, there is the second thumb.

Often, an amulet, created from a variety of materials, is complemented by inscriptions and images that enhance the protective power. 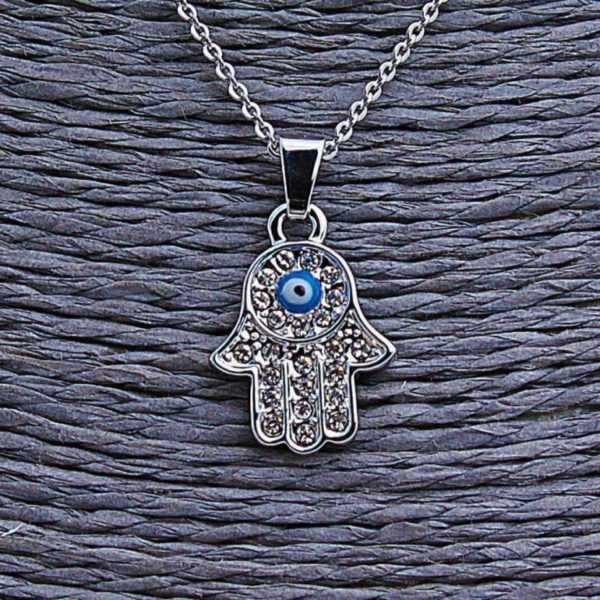 Hamsa or the hand of Fatima is universal, belongs to different religions. And each has its own symbol meaning: 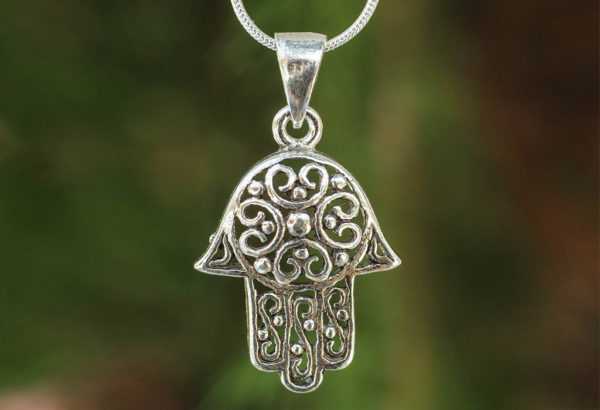 The meaning of the amulet Hand of Fatima

Who is the Hamsa amulet for?

The Hamsa amulet is suitable for people of any gender and age, belonging to all nationalities and religions. It is recommended to buy Hamsa for people:

Hamsa amulet helps when worn near the body. It is useless if it just lies at home. An exception is the use of a symbol specifically to protect a home or vehicle. In the interior, a protective image can become a decorating element of carpets and walls.

Christians should take into account that hamsa belongs to those amulets that cannot be worn simultaneously with a cross. It is unacceptable to connect both products on the same chain. In this case, the symbols overlap each other, their action is suppressed. The cross must be worn separately. 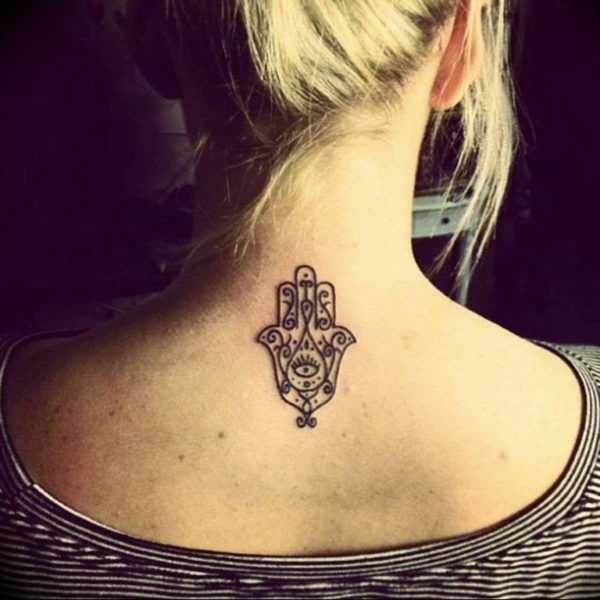 As a tattoo, Hamsa is gaining more and more popularity. Moreover, the effectiveness of the amulet is the same in any form. The image of Fatima's hand on the body protects as reliably as metal, glass or wood jewelry.

The tattoo is versatile, suitable for women and men. However, it is more popular with the fair sex, as it has an elegant appearance.

It is advisable to apply a tattoo on the area of ​​the body closer to the heart: on the scapula, back of the head, neck. Hamsa looks good on the wrist. It is preferable to use blue or red colors: these colors enhance the protective effect of the image. Also, to enhance protection, the drawing is complemented with an eye, the Star of David, magical inscriptions and patterns, prayers.

Do not change the standard image: use flashy colors, add or remove fingers. The changed symbol is no longer valid. Do not make the image too large. It is better if it is hidden under clothing from prying eyes.

If there is no desire to spoil the skin of the tattoo, then you can use a temporary version of body decoration – mehendi. This is a washable pattern applied with henna, a natural dye. Such an image not only looks beautiful and original, but also has a magical effect.

How to activate the amulet hand of Fatima

Any amulet requires activation, otherwise it will be a simple decoration that does not carry magical power. During the activation process, the product not only enhances the protective energy, but also clears the accumulated negative.

The most effective ritual is carried out through the influence of the four natural elements. To conduct it, you need to use:

The person performing the ceremony is locked in a quiet and calm room. At the first stage, you need to hold the product in a clenched palm, feel its energy. Next, you need to bring the Hamsa in turn to each object symbolizing the element. After the ceremony, one should mentally thank all the elements for their help.

Similarly, the talisman is cleansed of negativity. For cleansing, you can dip the product in saline for a couple of hours.

Hamsa is a strong protective image. He changes the character of the owner, makes him more patient, persistent, confident. It attracts not only spiritual, but also material well-being, helps to become more successful and happier.