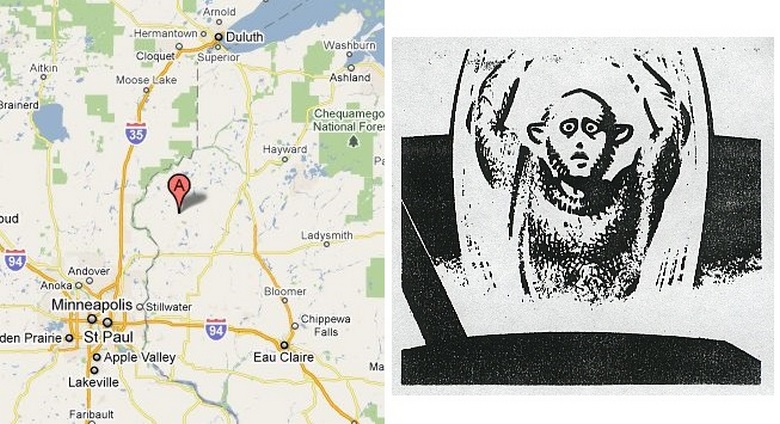 The story of the American farmer William Bosack in his own way unique because with anything like the researchers are abnormal phenomena have not yet encountered – neither “before” nor “after”.

It happened on December 2, 1974. at 22.30 a mile from owned The 68-year-old Bosak Dairy Farm in the northwest of Polk County (Wisconsin). This evening, the farmer in his car was returning with meeting of the local cooperative and on the side of the road I saw something very strange …

Mysterious creature in the cocoon

The fixed object reached a height of 2.5-3 meters. Surface it did not shine, although it reflected the light of car headlights. In shape the object resembled a cocoon or shell of a mollusk, but its upper the part was transparent, as if made of glass. In her is Bosak saw a creature with his arms held high.

The farmer describes this creature as humanoid, however, judge for yourself: his head was covered with short hard hair, but his face was naked and beardless, eyes were large and bulging, ears were very large, veal-like.

The body of an outlandish creature (in any case, that part of it, which Bosak saw) was covered with brown wool. It was exactly hair, not fur clothing. Other parts of the body could not be considered, because the bottom of the “cocoon” was enveloped in fog.

The farmer was very scared at the sight of this extraordinary creature, but it itself was apparently frightened: it testified alien facial expression. 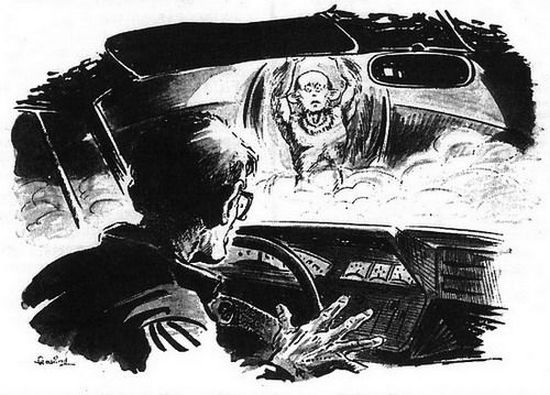 Driving past him, Bosak greatly reduced the speed of the car, hoping to look better at the strange creature, however, catching up with him, he immediately pressed on the gas and rushed to his house. Already moving away from the object, he noticed that the headlights became less bright, and heard a sound, as if from the friction of tree branches.

Why the farmer was afraid to talk about a mysterious creature

Returning home, Bosak tried to look through binoculars that the area where the object that hit him was located, but it was hidden the fog. The next morning, the farmer hurried “to the scene”, but not found there nothing worthy of attention.

For a whole month, Bosak did not tell anyone, even his family, about amazing meeting, afraid of mistrust and ridicule. However later he could not bear the burden of his secret and shared it, and then his story published a local newspaper.

After that, two researchers visited the Farmer supernatural phenomena from APRO, which incidentally found out that Bosak has a good reputation with the local people and is known to be honest. a person unnoticed in the distribution of fables and jokes similar kind. The man himself even demanded that he be checked with using a lie detector.

Later this case was included in various collections of abnormal stories. As for Bosak, he was sure: what he saw creation emerged from another dimension – unknown to us parallel world, which is why it was very scared.

After some time, the farmer admitted to reporters that after the shock he had long been afraid to appear on the street with the onset of darkness. He also told that not far from his place meeting with an alien, local mowers discovered the so-called circle on field…