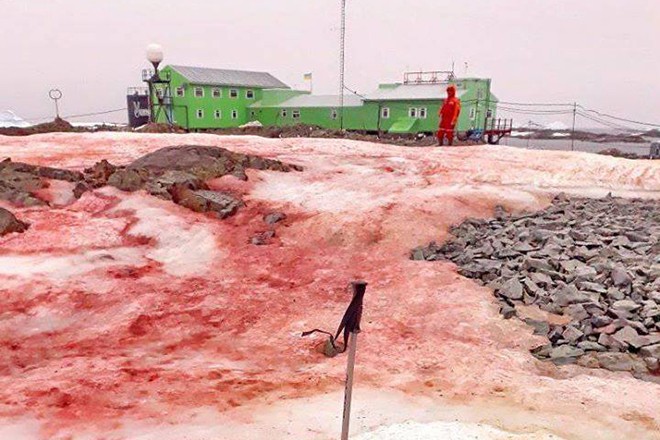 It’s all about the “flowering” of the microscopic alga Chlamydomonas, which cells contain a red pigment layer that protects them from solar ultraviolet radiation.

Algae propagation occurs by spores, which extremely low temperatures, and can be in snowy cover throughout the winter. Currently in Antarctica summer has come, conditions have become more favorable, and disputes begin to sprout, becoming more visible in the snow. About This is reported by the Ministry of Education and Science of Ukraine.

Scientists also reported that such a phenomenon can often be observed in glaciers of the Alps and the Arctic.