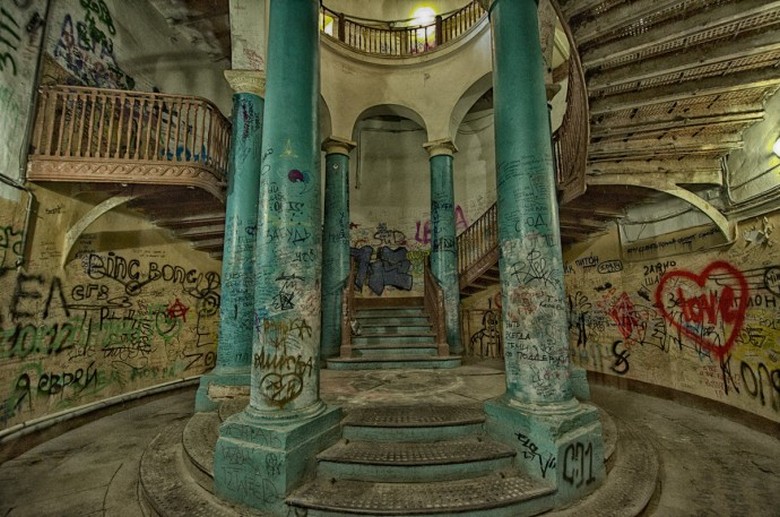 Of course, no one will give you an absolute guarantee that the rotunda on Gorokhovaya street in the very center of St. Petersburg is a truly mystical place that even has access to the other world, however, about this mysterious structure of the Count’s house The most mysterious and even terrible rumors go around Zubov.

Some paranormal researchers are convinced that this far from rumors, since there are many facts, stories and legends, which, they say, prove that something quite unusual. 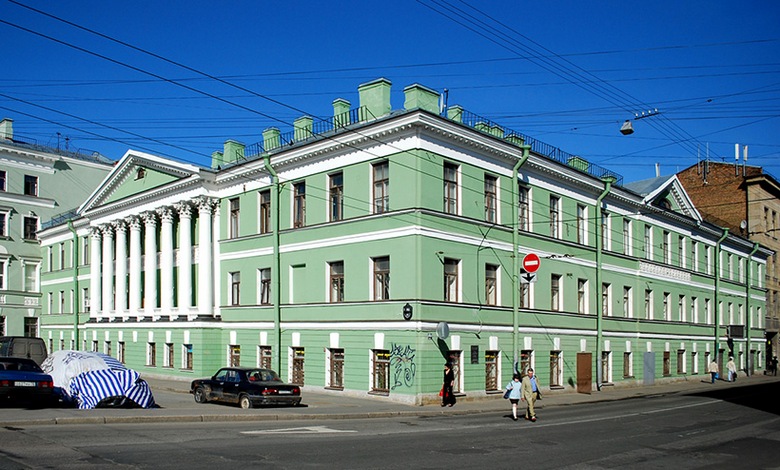 The mystical rotunda of the Zubov house (a three-story building on the corner Gorokhovaya Street and the Fontanka River) has long overgrown with all kinds of legends, some of which are simply awe-inspiring. For instance, it’s believed that at night you can meet the Devil himself, since Count Zubov was a great freemason who managed to open a portal to fourth dimension and release from these gates the inhabitants of the world of Darkness and The horror. And therefore, in this rotunda, they say, in no case can stay in the dark, otherwise you can go crazy quickly grow old, or even say goodbye to life or even a gulf without trace. 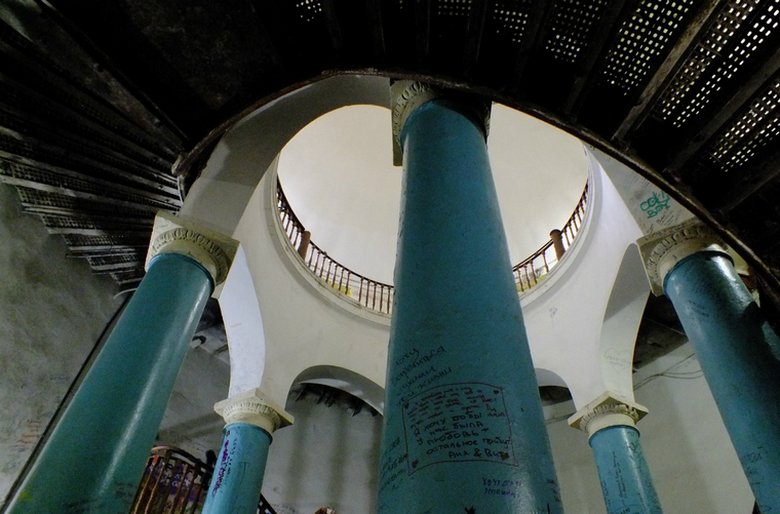 Another legend: the rotunda on Gorokhovaya is one of six such structures of St. Petersburg, which together form a pentagram, considered the occult symbol of the Satanists.

From the point of view of architectural construction – this is just front door. But why was a rotunda needed here? On the first floor there are no apartments at all, the second floor as such does not exist, and on the third floor there are three apartments in this house. 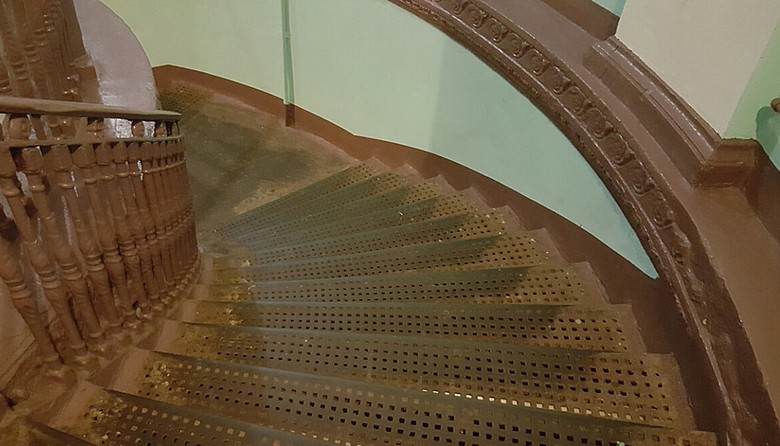 The very appearance of this mysterious rotunda emphasizes the ritual, and not its practical purpose. This feeling right away amplified as soon as you start to climb the helical an iron staircase with a left twist that, frankly, Leads nowhere … Maybe really in a parallel world shadows? ..

As far as all this information is true, we leave it to your court and yours critical mind. But the rotunda of Count Zubov’s house (according to official figures This building was built in 1827 by order of the famous Russian the merchant Ustinov, then the house, allegedly, went to A.F. Evmentieva) – a special place without any mysticism. It always attracted lovers thrills not only something supernatural, but also amazing acoustics of this building. For example, it is believed that if stand up against the rotunda wall and whisper softly something, then echo picks up even this rustle of speech and, going around the room, will return you his. 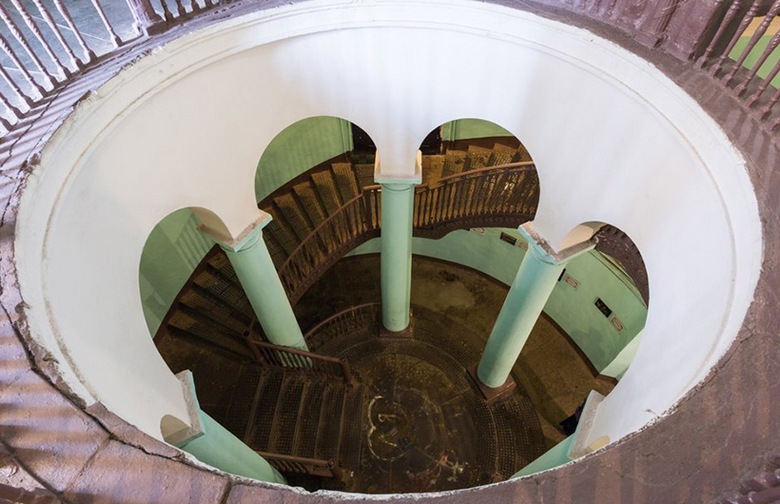 No wonder that in Soviet times (especially in the dashing 90s) the mysterious rotunda was a favorite gathering place for informal young people who hosted hip-hop and rock and roll events here concerts. Among those who spoke at them, you can name such stars Russian pop, like Viktor Tsoi, Yuri Shevchuk, the group “Alice”, “Nautilus Pompilius” and others. 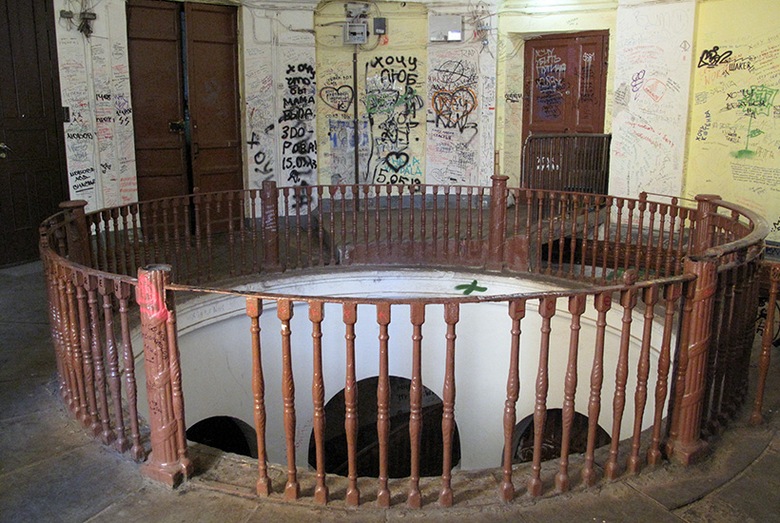 And finally, many who seek to get into this legendary rotunda, we are sure that it is not by chance that it has overgrown with all kinds of myths and legends. For example, it has a treasured step, standing on which, you can see the seventh, non-existent column, which hiding in a parallel world. And many do see the shadow this seventh pillar …

As you know, the words and thoughts of people, especially when their flow is great and strong, tend to materialize, and therefore mysterious the rotunda of St. Petersburg may well “grow” not only rumors and legends, but also quite real (of course, mystical) properties …