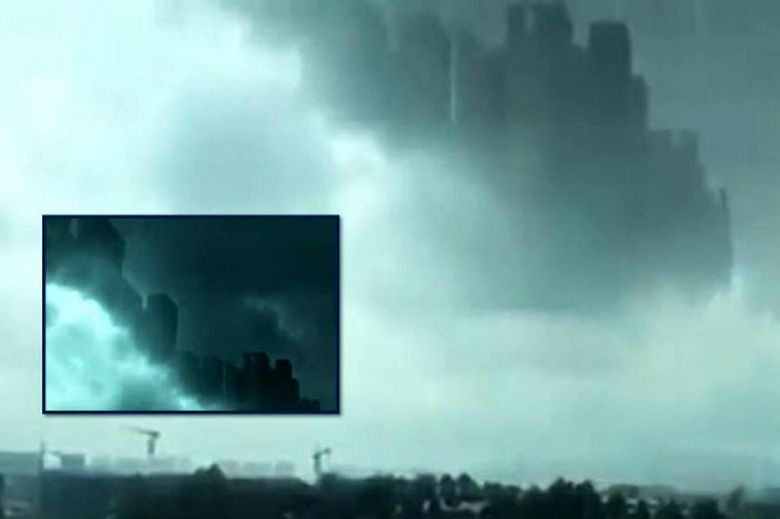 July 23 this year, residents of the Chinese city of Jinan in Shandong Province observed a mysterious phenomenon. In the clouds above the city seemed dark translucent outlines of multi-story houses and towers – another chronomrage in the sky of the Middle Kingdom.

“Phantom Skyscrapers,” as local journalists call them, appear in China relatively often, and none of the scientists can explain the nature of this phenomenon. Independent researchers also disagree what it is:

Surprising in this case, too, is why chronomerages with ghostly cities appear most often in China, although, of course, they are seen in other places on our planet, for example, often in Africa. Moreover here they sometimes manifest themselves so vividly that the locals even not only see the “air cities”, but also hear their usual city ​​noise. How is this possible, no one knows …