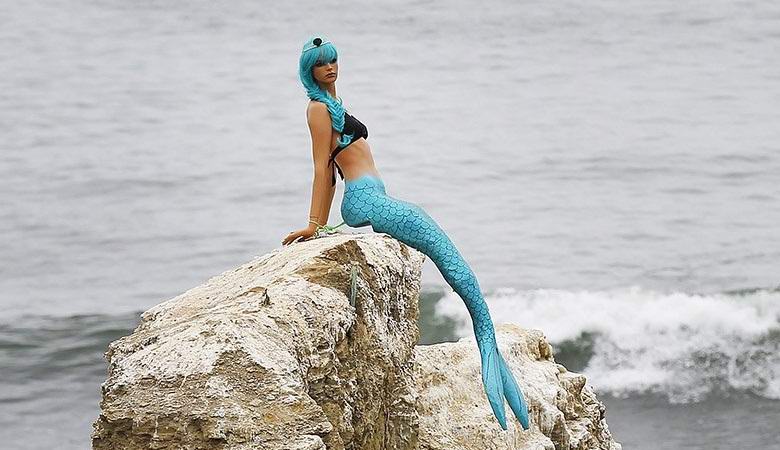 Bathers at Ocean Beach in California City San Diego were surprised when spotted on one of the rocks in the water silhouette of a mermaid with aquamarine hair and a tail.

On closer inspection, of course, it turned out that the mermaid fake, and we are talking about skillful sculpture. Nonetheless, the appearance of this statue depicting a beautiful mythical creation, shrouded in a veil of secrecy, since no one knows the author such an unusual installation.

The statue appeared here in just one night, and even late revelers didn’t see anyone set on a high, sheer and inaccessible to a simple layman rock sculpture. 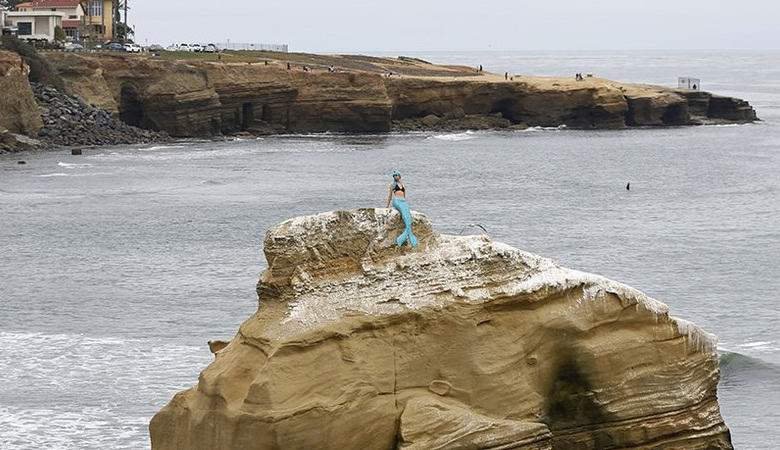 The city immediately rumored that a mysterious water maiden comes to life in the dark and jumps down, and swimming to morning, climbs up again. Some “eyewitnesses” even claim to have personally seen the mermaid moving after sunset over the stones. Of course, web users take these words with a fair amount of skepticism.

Despite the fact that the vast majority of citizens like a statue of a water virgin, local officials look at this innovation without much enthusiasm and seem to be planning to equate him to vandalism. They just don’t know who to attract to responsibility. Moreover, the mysticism of the appearance of the statue is somewhat scares law enforcement officers with the responsibility to do so strange thing. The police are afraid, of course, not of the installation itself mermaids, and the possible continuation of this “joke.” If the statue will appear here and after they remove it, it will be for San Diego residents a real “bomb.” Isn’t it easier to leave everything as it is? ..