Kung Fu Master Ho En Hu, to defeat the enemy, no need to pick up a weapon – a Chinese with his index finger can pierce the human skull like a coconut. Of course, Ho En Hu uses his dangerous talent exclusively in peaceful goals: “This finger allows me to feed my family,” says the man. 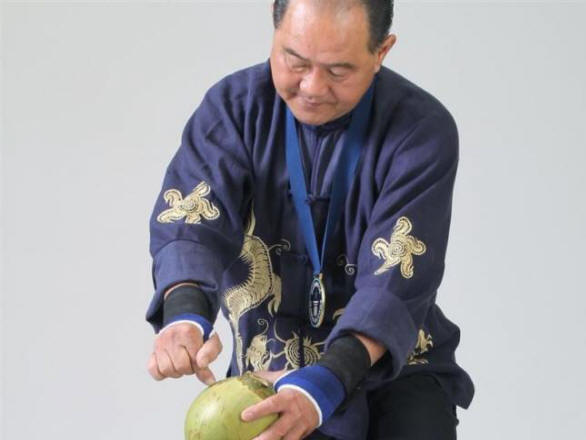 The Malaysian government in 2000 allocated the master a special place on Yonker Street, in the heart of Chinese quarter of the capital of the Malaysian state of Malacca since then Ho twice organizes demonstrations per week, entertaining local residents and tourists. 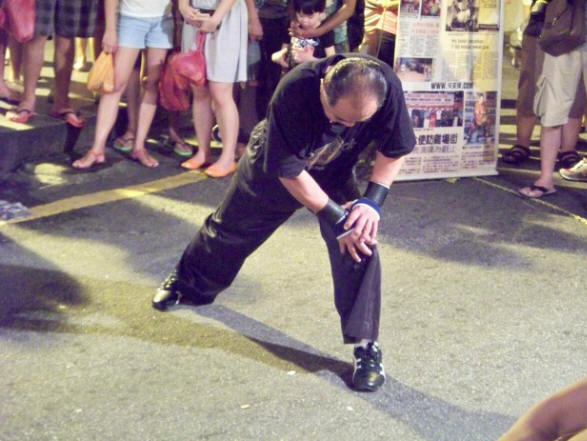 For many years, Ho En Hu has set records and beat them himself, both literally and figuratively – for example, February 2 2001, the Chinese hit the Book of Records of Malaysia, for a minute and ten seconds piercing with his miracle finger three coconuts, and in June 2009, he managed to improve the result – a little more than 30 seconds, four coconuts became the “victims” of the master, but the master didn’t began to rest on his laurels and in 2011 he was able to “figure out” with the same four “opponents” in 12 seconds. 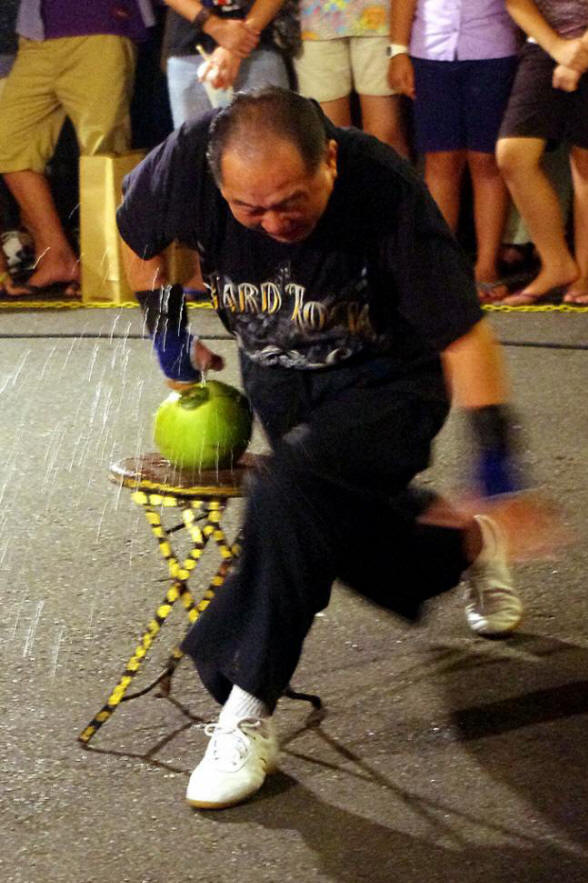 The man began his amazing career, inspired by example. his mentor Chu Kong Long, who trained 17-year-old Ho kung fu art. “Chu told me to learn how to strike one with your finger. At first, it didn’t work out very well, but the hard work did “” Ho recalls. The young man practiced banana palm trees, poking a finger at them whenever he passed by.

“Passers-by said that I was crazy,” the master laughs. Stuffing hand on palm trees, Ho switched to other solid objects, and after two years of grueling exercises was finally able to perforate his first coconut.

The secret of the master lies in the ancient Chinese art of qigong, which teaches to achieve harmony between body, spirit and mind. Practicing qigong, mentor Ho master Chu Kong Leong learned for example, swallow metal balls and push them back, or say chop coconuts with your head. Of course, punching coconuts with your finger is not the easiest job in the world, therefore Ho En Hu has to keep fit – besides the usual A man walks about 20 km every day.

In the diet of Ho, there is practically no fatty food and meat – Chinese prefers to lean on vegetables and fish. In addition to the indicative punching coconuts, a man earns a living by selling healing and analgesic oils, which he cooks himself. Probably, the master knows a lot about medicine – during his career he has repeatedly broken his famous finger, but invariably again went to the “battle” with coconuts.