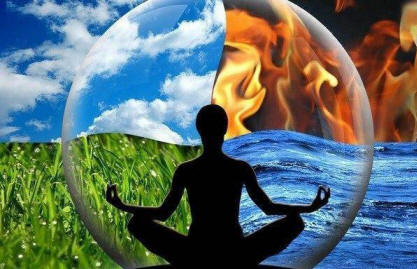 A miniature girl with two fingers made a letter out of a nail “g”. She sat down, took it, concentrated, and, staring at a nail bent it, as if it were from plasticine. I asked her show fingers: there was no sign of strong pressure. For comparison, take a nail and push from both ends, then look at your fingers. Everything will become clear to you.

“Can young people do anything?” I asked.

– Volodya, please show me! – the academician pointed a finger at chair.

“A tall, thin young man sat down, took off his sneakers and put his foot on a piece of paper. Another young man outlined his foot with a blue felt-tip pen. Then we waited five minutes, and I was offered to circle the foot another felt-tip pen, red, again. The young man removed his leg – a new the track was 1.5 cm longer than the old one. I naturally did not believe

When your humble servant discussed this topic with Academician Nikolai Nikolaevich Denisov, who is engaged in “nurturing” supernatural abilities in youth he told me following.

“- How does a person make decisions at every moment of his life? What channels does he receive information for making these decisions? is he uses 5 traditional communication channels with the outside world: visual (about 75 percent of the information)

And you can learn this! You can learn to read with closed eyes, to see objects through an obstacle (from the next room, eg). You can learn to “hear” a person’s thoughts and interact with him tactilely at a distance, that is, not touching hand.

And Academician Denisov proved this to me not in word, but in deed. One of his pupils read with fingers any texts at the speed of medium ordinary person. Nice girl, at first glance nothing different from many young and charming people. Bandage on I put her eyes on her personally, so cheating is ruled out.

Moreover, before blindfolding her, I tried on this blindfold on yourself. It was made like a motorcycle goggle and immersed you. into absolute darkness. When the girl began to slide her fingers over the text, which I also chose myself, and repeat what was written in it out loud to me it seemed a little. I found in the stack of manuscripts a text that already photocopied ten times, and he was dirty and fuzzy. Found and slipped the subject.

She read with hesitation and him. As they say, God loves the Trinity, and I gave the girl a third text to try – it was a draft article about methodology of academician Denisov. I was led by a simple idea: this I brought the text with me, and no one could know its contents me. Or maybe they are developing memory so that the girl read and memorized all the texts lying on the academician’s desk beforehand? But this thought turned out to be stupid because it was read by the tips my thin manicured fingers and my draft.

The next “miracle-yudo” – a petite girl – with two fingers made the letter “g” from the nail. I sat down, took it, concentrated, and, staring at the nail, bent it as if it were from plasticine. I asked her to show her fingers: there were no pillows no sign of strong pressure. For comparison, take a nail and push from both ends, then look at your fingers. You all it will become clear.

“Can young people do anything?” I asked.

– Volodya, please show me! – the academician pointed a finger at chair.

“A tall, thin young man sat down, took off his sneakers and put his foot on a piece of paper. Another young man outlined his foot with a blue felt-tip pen. Then we waited five minutes, and I was offered to circle the foot another felt-tip pen, red, again. The young man removed his leg – a new the track was 1.5 cm longer than the old one. I naturally did not believe

Looking at all these miracles, I recalled a fantasy novel Vladimir Savchenko’s “Discovery of Self”, written either in the 60s, or in the 70s. XX century. His idea was that ours, the Soviet The scientist has developed a technique for plastic changes in human features. Moreover, Savchenko was a doctor or biologist by training, and, in my opinion, an unenlightened look, and today you will not find in his scientific explanations of how this is done, no flaw. So young the namesake of the writer no longer just fantasized on this subject, but mastered her in practice. He cannot change his face and body yet, but, I think this is a matter of time – not Volodya, but some other Denisov’s student will succeed.

Of course, after the tricks of David Copperfield, we can say that in our world is nothing impossible. But when that happens on your eyes, and not on the TV screen, I want to know how manages to achieve this.

The strongest will win

What is the mechanism based on, for example, visions with closed eyes? We are used to perceiving information about an object through our eyes. The rays of light entering the eye focus on the retina, and on it an image is formed. Captured image in the form of nerves signals are sent to the brain where they are decrypted and create visual perception. But in the brain there is no screen, no projector – there just nerve cell stimulation that allows us enough Accurately receive information about the object and say: “Yes, I see it.” In fact, the wave signal coming from the object propagates in all directions, not directly in our eyes.

Therefore, you can see not only them, but also using other sensory organs (“see” with ears, fingers, nose – that is, with hearing, sensations, smell). When will we understand that the first information essentially no different from the second, then we will understand that, using the second, unconventional channel, we can see much more than an ordinary person sees with his eyes. He, for example, cannot see cards through the “shirt” can not see what is in next room. He cannot see the internal organs of man. FROM conventionally, all of this is unbelievable. For a man, using an unconventional video channel, these things become real and possible.

But why, you ask, to develop such an unusual perception video signal? For millennia, man has used for this the goals of the eye given by nature, and he received enough information. 2000 years ago, the series of events in human life was very simple – 5-6 events per day. The events that are happening to us in during the day, sometimes difficult to count. Everything has changed! And will be change further because our society, our nature, our The Earth, that is, the world around us, is also changing all the time.

“The world around us is constantly evolving and becoming more complex,” writes Nikolay Denisov. – And if we stay the same as 2000 years ago, our living space would begin to narrow. His the complex processes that constantly occur around us will crowd out. Therefore, when you are told that tomorrow it will become better and easier, do not believe it. Tomorrow will be harder! The only way out is to start fast. develop and keep up with the outside world and people with superpowers.

“Nature shows us many examples of how living things communicate with the outside world in a much wider range than human. Owl sees in the dark

It may end badly

This is exactly what the oldest UFO researcher in Russia and other abnormal phenomena academician Yuri Alexandrovich Fomin.

“Some scientists believe,” he writes, “that man is the peak natural evolution, and therefore can last for millions of years. Unless he destroys himself. To think so is very soothingly. Who wants to imagine that some are completely different sentient beings of the future will cautiously become spatulas and tassels to clean our fossilized skeletons how to do it modern paleontologists?

But. .. Man, like all species inhabiting the Earth, changes from ever increasing speed. And the time is not far off when to replace us something else will come that is completely different from us. I don’t want to to say that a person will disappear from the face of the Earth … I think that outwardly he is not will change (at least in the near future), but internally will be transformed very much. ”

Academician Fomin believes that we can already talk about the formation in the bowels of mankind of a new kind – the “superman”, that is, creatures more perfect. What kind of creature will this be? How will look externally? And in general, is there any reason to talk about this or not? Perhaps such forecasts are a scarecrow for a frightened all that is possible, the layman? There are reasons … So, more and more around people with extrasensory abilities, “abnormal.” It: telepathy, telekinesis, alternative healing, magic and other …

But in our time, all this applies only to the elect, that is, endowed with supernatural powers. When will they still be just abilities, without the prefix “over.” And yet, how to be the rest? Quietly and meekly die out? Or become slaves to the race superhumans?

“One of my colleagues,” said Yuri Alexandrovich during of our conversation, – jokingly, but aptly remarked: “We are for them a herd sheep, which is so lovingly guarded by a basturma lover. ” such a perspective on the future, but I hold more upbeat. Because for many years I have been conducting research and teaching ordinary people all sorts of abnormal abilities: clairvoyance, telekinesis and much more.

Of course, those who, according to Academician Fomin, are representatives of the superhuman race, much more quickly develop in themselves these abilities. But ordinary people in a couple of years are able to achieve amazing results. So we have – “ordinary” – a lot chances to harmoniously join the future of humanity, and not stay on backyard of progress. To do this, one thing is necessary: ​​to study long and hard. AND nevertheless, as in every case, there are light and dark side.

Could it be that instead of peaceful development superpowers of all mankind, the process will go the same ways what’s in the usa? We will be poor Indians, and we will be to exterminate why in vain are cowboys-psychics? .. This question, believes Academician Fomin is still open. I want to believe in the best, but just look into the history textbook, how raptures begin fade. Too often, people have solved pressing problems with fire and by the sword. Too often, the road to hell…