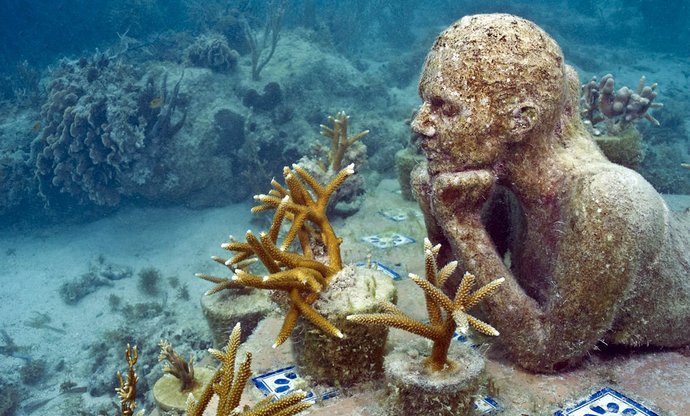 On the existence of underwater inhabitants and entire underwater civilizations a long conversation has already been held in the media, the Internet, as well as in the environment progressive scientists, researchers, in particular ufologists. However we still don’t know who lives in the water depths of our planet. We can only record isolated cases of meetings with underwater residents and build various hypotheses.

In 1931 near Cape Town, in the bay of Saldanha, hunted fishing boat “Maria Malu”. Suddenly, fishermen saw in the water unusual creature with a human head. The captain of the boat said that this strange creature was like neither a dugong nor a seal. IN the fervor of hunting excitement South African fishermen planted in an unknown creature harpoon and shot in the head a couple of times. However, despite the wounds, the underwater resident managed to escape from the pursuers and hide in the depths.

In the summer of 1974 three schoolchildren – residents of the Nenets village on the territory of the Kanin Peninsula – were on the high bank of the river Vizes carrying its waters to the White Sea. Ten meters from land guys noticed an amazing creature, completely covered blue-black wet hair. It swam ashore and became climb almost steep rock, as if on his feet and hands were suction cups. At this time, the guys saw that the creature there is a long tail. Climbing up, the river alien confident walked towards the tundra, and on the shore there were traces of it the feet are long, narrow, with a pointed heel.

In a long series of meetings with similar creatures, a separate place takes the case that took place in 1982. on the western shore of Lake Baikal. This happened during the military divers training dives.

Suddenly, one scout diver surfaced and started screaming that in 10-15 meters from himself, he clearly saw a giant passing by with spherical helmet on the head. Outwardly, this creature is nothing It was different from people, but it was about three meters tall. Through for a while, two more followed the first ichthyander. Being at a 50-meter depth, these creatures did without scuba gear and any other devices and devices. Throughout “equipment” they consisted of spherical helmets and tight-fitting silver overalls.

The incident was immediately reported to the authorities. Command it was decided to immediately detain one of mysterious swimmers. To do this, formed a special group of seven divers, but her activities ended tragically. 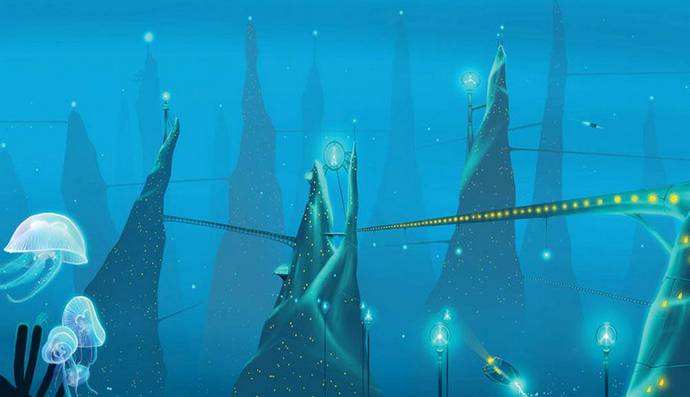 Divers tracked down a mysterious creature, threw a net over it – and at this time some kind of superpowerful impulse literally threw on the surface of the whole group. Climbing from a similar depth required divers observe decompression stops, and therefore the whole the capture group was affected by decompression sickness. In this case the only means of saving the victims was the pressure chamber. There were even a few divers, but in the working only one condition, and it could accommodate no more than two people. Therefore, three divers died, and four became a lifetime disabled people. Nobody saw “Ichthyander” in Baikal anymore.

… Now scientists are arguing: with which of the civilizations humanity will establish the first contact – with the ocean or space? Maybe, these contacts have long been established, they just don’t tell us about them? ..

In the proposed documentary, you can get acquainted with underwater vehicles of civilizations unknown to us, which, like representatives of these civilizations themselves are constantly met in Oceans.