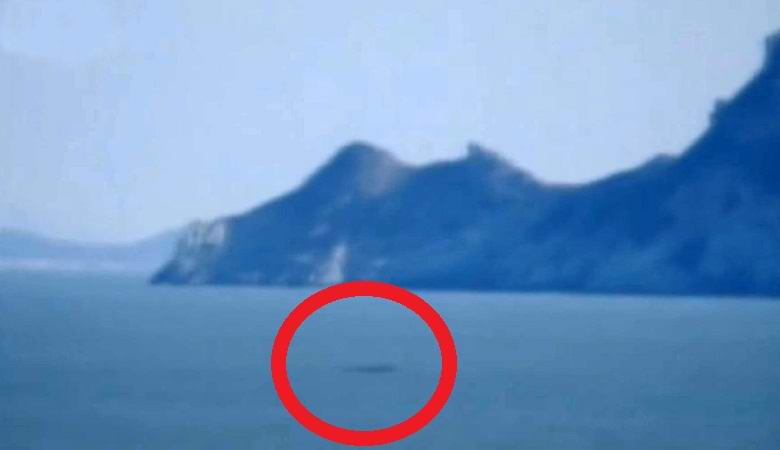 The video below was shown recently by South Korean television. The video depicts a large dark spot, swiftly moving at the surface of the water in the Namhae Sea. Known that intriguing shots were received by two friends who managed capture the alleged anomaly before it descends onto depth and disappeared from sight.

The speaker claimed that this is an impressive school of fish, but many viewers immediately suspected that we were talking about something else. Oh this mysterious object is moving too fast, disappearing near islands. You would think that some kind of flying over the sea an aircraft casting a shadow on the surface of Namhae, however this is not so: nothing of the kind has been noticed in the air, especially since a dark spot disappears near the land.

Debate among users of the World Wide Web about the nature of this object:

And what, in your opinion, is the most reasonable explanation what happened?