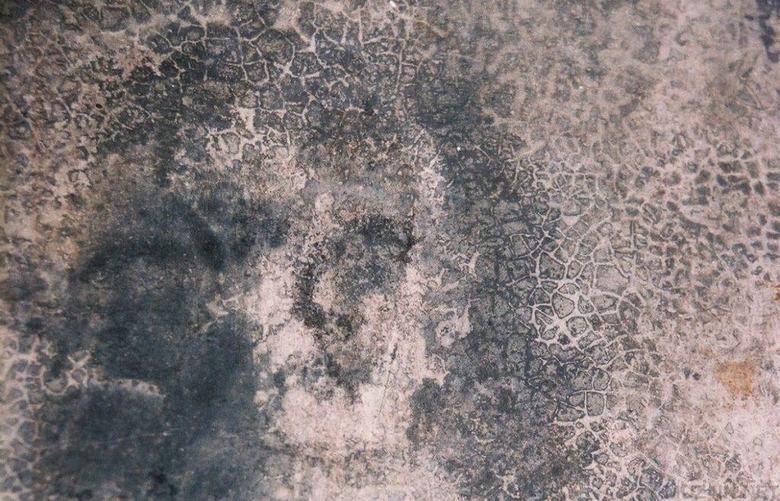 It all started in August 1971 in the village of Spain Belmez (Belmes) when Maria Gomez Pereira suddenly discovered on the concrete kitchen floor is a rather strange spot, no one knows where taken over. It could not have occurred to her then that this is the spot will make her home a peculiar Mecca for researchers soon paranormal phenomena, and the story itself called “Belmesian faces “will be included in the annals of the most mysterious events of the XX century.

Stain and stain for the kitchen is not even a very rare occurrence, but when it began to expand and ultimately turned into a face, which is also constantly changing, then Maria is in earnest got scared and tried to fight this phenomenon, that is made several attempts to remove it. However she has none of this venture did not work.

I had to turn to husband Juan and son Miguel. Men acted more radically: they poured concrete floor, and made it more thorough – and it’s the end. Seemed after such a solid repair, not a single dirt peep through the floor is no longer will be able. There it was: a week later the mysterious face again appeared on the kitchen floor.

The skeletons were to blame?

Rumors circulated around the village about this strange and mysterious phenomenon. When they reached the head of the local council, he passed on to the family Pereira, so that no one else touches the “spotted faces”, since all this requires research and scientific explanation. 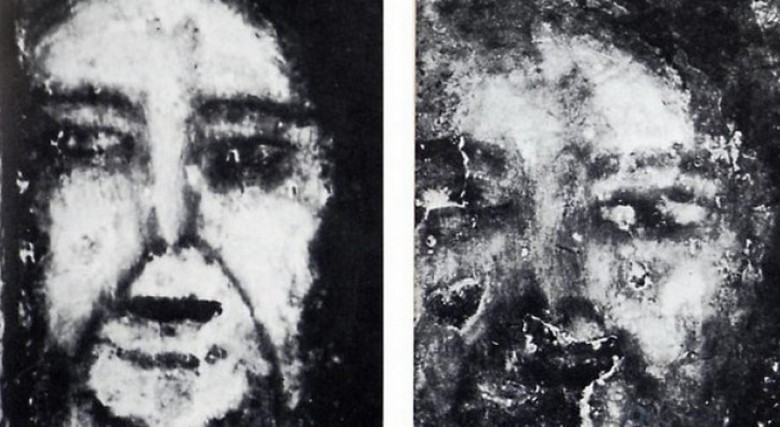 Soon, specialists appeared in the house who made a decision unearth land under the kitchen and find out in this way what causes stains. Soon the mystery of the Belmes faces was allowed: at a depth of about 3 meters under the kitchen were human skeletons, some of them for some reason without skulls. The remains were reburied at the local Catholic cemetery with all Christian attributes.

A preliminary examination of the bones showed that they were about thousands years. After that, an already empty “grave” under the kitchen was buried and installed a concrete coating – the kitchen floor has become brand new, and on This mysterious story, everyone thought, was over. No matter how: a couple of weeks later, a face stain appeared on the floor again …

Belmesian faces seem to recoup for a disturbed dream the deceased

This time everything turned out to be much worse. On concrete floor emerging spots showed not just one, but several faces. Moreover, they changed every few hours, among them you can it was to distinguish between male and female, and even children’s physiognomy. it literally drove crazy, especially Mary. It turned out that the local advice in wanting to help the Pereira family, in reality only worsened the situation. 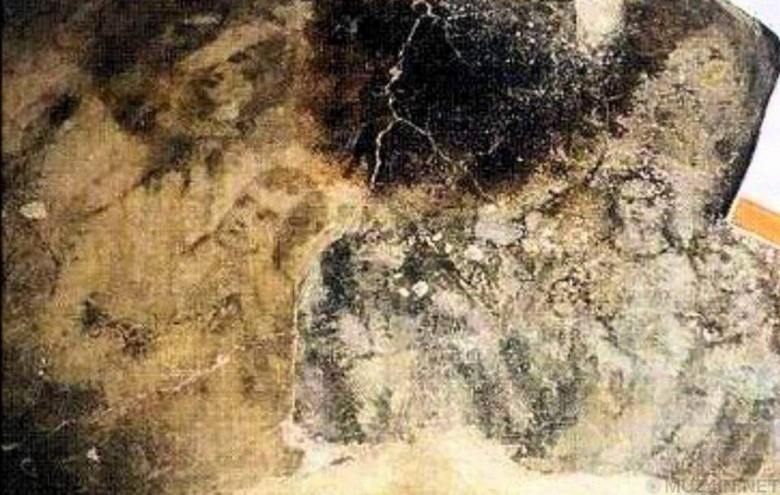 And rumors of this miracle, meanwhile, have spread throughout Of Spain. Soon, a famous researcher found out about this. paranormal events Dr. Hans Bender. It belongs to him the name “Belmesian Faces”, which he later defines in as the most amazing event of the XX century. From this moment the house of Pereira is gradually turning into a real Mecca for everyone who was interested in anomalous phenomena: people began to flock here researchers of all stripes, students, priests, journalists, police, tourists and just curious inhabitants, among whom there were many skeptics who wanted to see for themselves and convince others, that all this is a hoax. In general, the Pereira family itself is not you will envy.

A thorough examination of the kitchen

Ultimately, a large-scale survey began, as this extraordinary case has done in the country and already for her outside a lot of noise. Samples of concrete from the spot were sent to study in the laboratory of a research institute Madrid, however, there were no traces of paint, so deception and the hoax was soon ruled out. Paul is ultimately thorough photographed, covered with a special cloth and sealed. Also they did the most with the door, the windows, that is, the kitchen was closed and sealed completely for three months.

After the deadline, the room was open. To scientists a very interesting picture appeared: the spotty faces changed and exchanged places, there are even more of them, although no one inside this time could not penetrate.

Theories that haven’t explained anything

The experiments in the kitchen of the house of Pereira continued, since, with on the one hand, scientists tried to refute the mystical origin of Belmesian people, and on the other – researchers paranormal people wanted to find reasons that at least somehow explain why they appear in this place. Some tests replaced others, however, this did not bring an iota closer to unraveling the mystery. Theories and conjectures proliferated like mushrooms after the rain, but even this is not helped shed light on what is happening.

Ultimately, the most convincing version was recognized, the so-called thought-graphic effect, that is, Maria Gomez Pereira attributed the ability to project an image onto the surface of the floor is mentally, and this, according to supporters of this theory, a woman could even do unconsciously. On this and decided.

But on February 3, 2004, Maria Gomez Pereira passed away, however, faces on the concrete floor of her house continued to appear. They still appear there, and no one has explained this. mystic of purest water – mysterious Belmes faces …