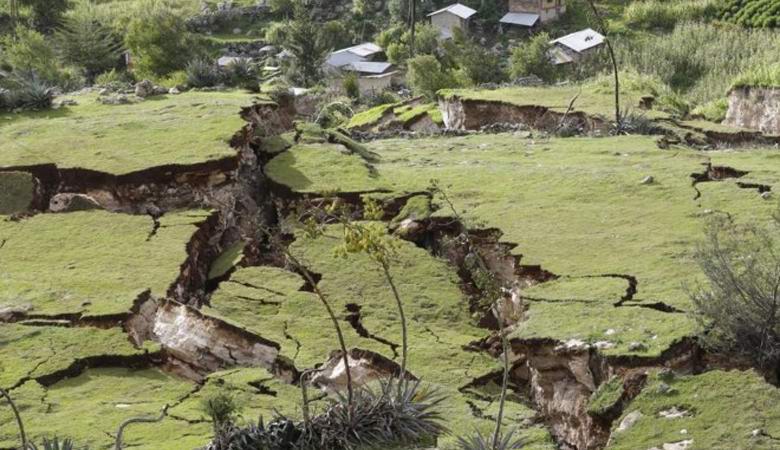 In the Cuzco region in the southeast of the Republic of Peru were incredible heavy rains that resulted in very unpredictable effects. The earth is covered here with huge cracks, holes and wells. Over the past few days, such faults have appeared on 30 hectares of land, and the area of ​​their distribution continues increase. Soil displacement has led to the destruction of hundreds of homes, among which were even a hospital and a school.

Authorities declared a state of emergency in the area. Officials say they will provide assistance within two months to each victim. A similar geological situation is observed here for the first time, for this reason the Peruvian government does not know how to react to it.

Experts have already been sent to the disaster zone to assess the threat to people. Many locals, by the way, are sure that they the spirits of nature were angry, that’s why this natural disaster, which scientists could not explain.