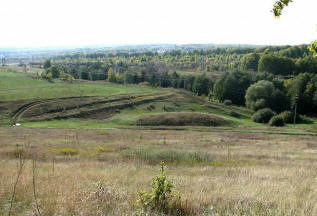 The giant earthen pyramid of Samara writer, Slavic ethnographer and local historian Yevgeny Bazhanov discovered in Kinelsky area near the village of Alakaevka. Isosceles triangle with sides of 150 m and a base of 100 m is limited by a shaft and a moat. Inside is a mound 40 m long and 20 m wide in the shape of an eye. Height mysterious object about 3 m. The researcher is sure: find It is part of the temple complexes of the ancient Aryan race. Such the symbol of the sun was supposedly created in the 2nd – 3rd millennium BC ad. – This is one of the main characters used in their rituals of Freemasons. It is the triangle and the eye that we can see and here, ”says Evgeny Alexandrovich. – In the territory Samara region was made many different archaeological finds. But such an image we see for the first time. The image of the star accurate to a degree oriented in parts of the world. Base triangle – in the east, the peak looks strictly west. This, by the opinion of the author of the find, speaks of the high development of the race of the creators figures. 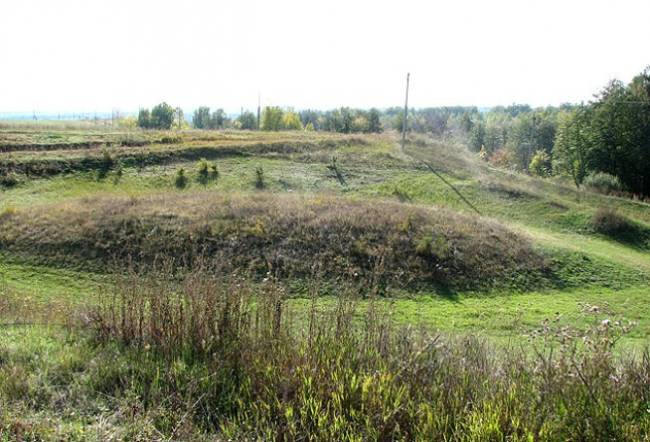 Evgeny Bazhanov brought equipment to the barrow – indicator geophysical anomalies – and made measurements. It turned out that on top energy is above the background once every 15 – 20. But to the foot of the mound, it drops sharply, there the energy exceeds the usual background value only three times. – When he went into the perimeter of this symbol, felt a surge of energy, ”says Evgeny Bazhanov. – right away Feel the influence of a powerful flow of energy. When we shot the episode for a film in this place, during a staging of a round dance in the sky in crosses appeared all day.

However, historians have reacted to the discovery more than critical. – Eugene Bazhanov does not have a specialized historical education, he does research as an amateur, says historian, guide, local historian Gleb Aleksushin. – therefore consider it specialist in local history is not worth it. He is also not authorized to do any conclusions and present their “discoveries” in the form of scientific sensations.