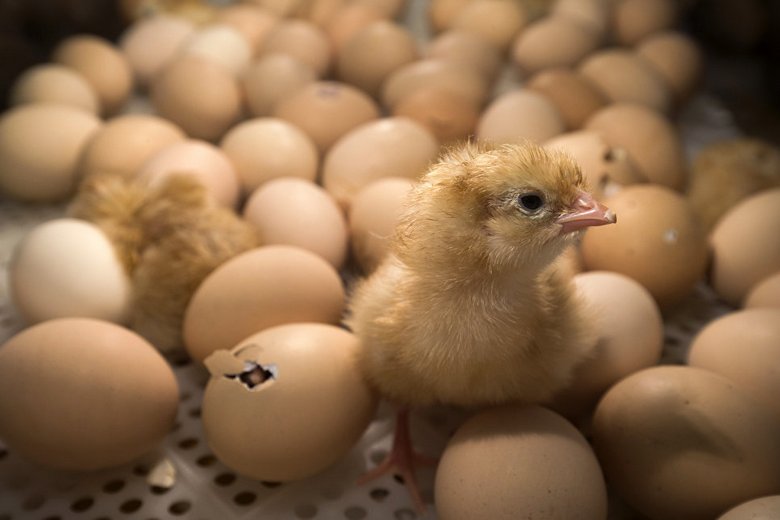 No miracles happen in life. Sometimes they border on something unknown, mystical and inexplicable, and sometimes ridiculously simple – and yet we perceive it as real miracle.

It was such a funny miracle that happened at the dump of the Georgian the city of Marneuli, which is located in the eastern part of the country. The local poultry farm threw out expired eggs here – and here is what came of it (watch the video).

Hundreds of yellow little lumps – touching chickens eventually hatched thanks to this “barbaric action”. IN most chickens have now reached residential areas of the city, where they were picked up by local residents of a private sectors – a gift in the form of future hens and cockerels, and absolutely free (gift of fate).

Here is what the mayor of the city Timur Abazov says on this occasion:

Eggs were thrown into the landfill due to the fact that they were spoiled, as far as I know, which means they are already unsuitable for their supply to the distribution network. It is universally recognized throughout the world. practice. But here to hatch from eggs thrown into the landfill chickens are a truly phenomenal case. Apparently in a landfill there were the necessary thermal conditions commensurate with the incubator. IN now the locals have sorted out all the chickens in their farms – and rightly so.

At the same time, Georgian journalists are asking a question – not whether it was more correct instead of throwing it in a landfill expired eggs, send them really to the incubator? After all in this way food would be saved and saved human labor invested in the production of these eggs (nature she took care of it herself, or maybe she hinted at something). IN after all, wasn’t it wiser to just give such eggs to rural residents – for the same purpose. Of course, throwing and writing off is much easier, but is this an economic approach as a whole? ..