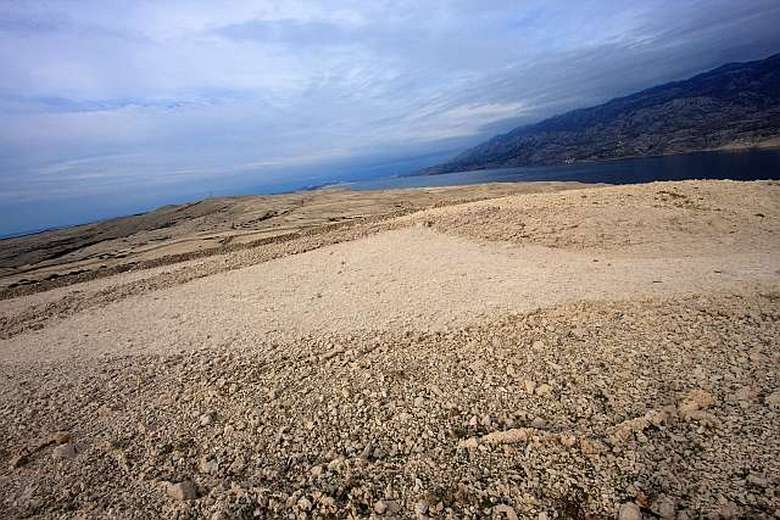 In the Adriatic Sea there is the picturesque island of Pag, which tourists called the “Croatian Ibiza”. But he is known not only for his beauties, all kinds of sights and tourist delights. There is a unique place on it – the Pag triangle. it a tiny area of ​​not quite ordinary stones, and the area has a clear geometric figure, as if it were marked by an unknown and almighty surveyor.

The fact is that the stones surrounding this mysterious triangle, have a completely different structure. Therefore it seems that this a symbol unknown to us in meaning or a strange markup someone consciously, and long ago, why the secret of Pagsky The triangle seems even more fantastic.

Oddities of the Pag Triangle

The strange formation of the island was discovered in 1999. Croatian surveyor Zdenko Grabovac. His attention was drawn to this a site that stands out among the dark stone plateau with its light coloring. But even more surprised was the figure of Zdenko detected “spot” – it turned out to be an isosceles triangle with sides of 32 meters and a base of 22 meters.

Later, when the mysterious formation was studied by geologists, it became clear that it appeared here about 12 thousand years ago. Moreover under ultraviolet light the stones of the Pag triangle give red shade, and this indicates that they were subjected to their time exposed to extreme heat. Moreover, inside the “stone spot” batteries are almost instantly discharged mobile devices, the compass behaves strangely, GPS turns off, and people staying here for a long time begin to feel malaise, or even completely pass out. Explain it all with scientific point of view and the available data on the history of this region are not seems possible. Therefore, a variety of philistine so far no one has denied the version of the origin of the Pag anomaly, and they are happy to tell numerous to tourists. 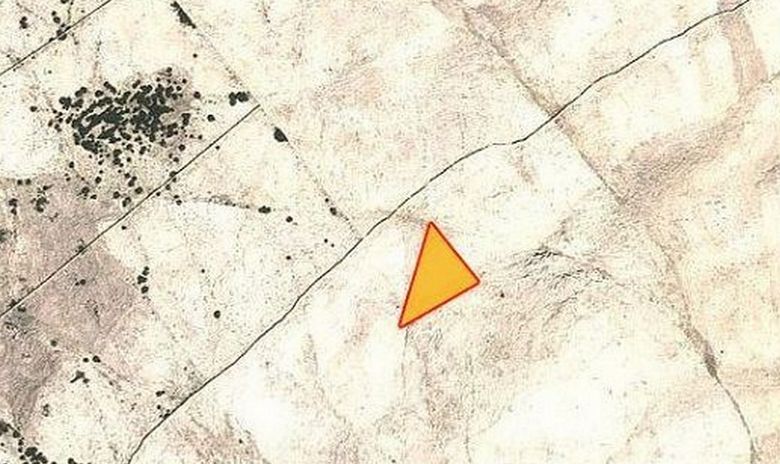 Versions of the origin of the Pag triangle

True, some researchers still state scientific assumptions, for example, that the “spot” on the plateau may well be natural formation created by rain, wind and salt, here only scientists are silent about the fact why the stones in this the place was exposed to high temperatures, and even so evenly, not to mention all the other oddities of this abnormal triangle.

Famous in Croatia, ufologist Stepan Zvonaric believes that the anomaly is the imprint of a UFO landing at this place. However, we note that locals periodically see in the sky unidentified objects of a triangular shape, that is, it turns out that similar UFOs fly over the island of Pag today. Why are they landed here only 12 thousand years ago, and even so impressive? Moreover, triangular UFOs are noticed almost all over the world, but triangular landing sites were not found anywhere else. I.e Zvonarich’s version is also not entirely convincing.

Other scholars of the mystery of the Pug Triangle suggest that it’s just some sacred symbol of an ancient unknown to us a civilization with advanced technology. In favor of such hypotheses are indirectly evidenced by stones laid out again in the shape of the triangles on top of the closest to the Pag anomaly the hill. But, on the other hand, this could very well be copying. Pagan triangle by ancient people who, as we know, deified any inexplicable natural phenomena.

By the way, since 2000 this territory has been declared “protected state “, which imposes on tourists certain obligations: it is impossible to take stones from here that allegedly have magical properties, thereby causing harm to Pagsky the triangle. Otherwise, nothing has changed much: anomaly attracts tourists and brings income to the local treasury – what else necessary? And to study the unknowable is an empty matter, which is why it is mysterious. the triangle on the island of Pag remains an unsolved mystery, as, however, and hundreds of the same anomalous zones around the world …