By expanding the capabilities of their body and mind, people get abilities inherent in animals. The world is becoming brighter for them and saturated, allowing you to see and feel what so far has been inaccessible to humans.

100 years ago, there were people who with tattoos and surgical operations changed their appearance, becoming like zebras or cats. Their goal was to gain fame, to become celebrities.

Now, with the development of science and medicine, many people are striving use the wonders of progress, expanding your organism. This is not about external similarity with animals, but about gaining abilities that people couldn’t do before and dream.

Expressing their contentment with life, people usually say that Feel like fish in water. Who would have thought that someday this saying may come true! 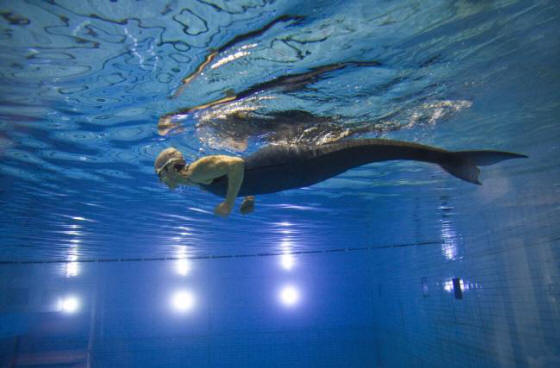 Nadia Wessi from New Zealand was born with a developmental disability of both legs that had to, in the end, be amputated. Being helpless on land, a brave woman decided to turn her disability to an advantage.

A few years ago, tail was designed specifically for her, similar to a mermaid. Now Nadia feels no worse in the water a real dolphin.

We all know about the electric fields around us, but few people I had a chance to feel their effect on myself – except on impact current or touching a “charged” sweater.

However, many animals can sense the invisible world. electricity around them. Sharks, for example, have special openings on the face called ampules of Lorenzini. Using them these predatory fish detect interference in the electromagnetic field, created by potential prey. 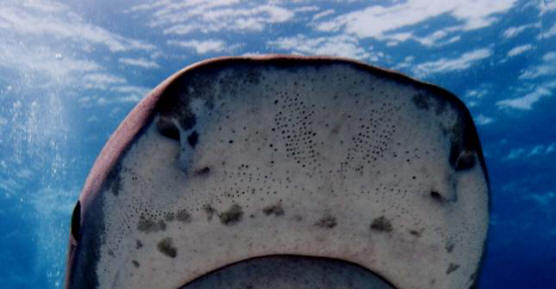 It is believed that many species of birds, as well as lobsters and bees also feel magnetism, using it for the purpose of navigation.

There were enthusiasts who wanted to plunge into the world electricity, getting another, “sixth sense” in addition to five available. Having implanted tiny magnets in their fingers, they now able to sense the electromagnetic fields created by modern devices.

– Fingers are not attracted to the radiation source, since implanted magnets are too small. All you feel is slight vibration that occurs when approaching any electrical appliance.

Using a mini magnet implanted in the ring finger, Peyton Rowlands is now able to sense the working microwave stoves and refrigerators.

You can acquire inhuman abilities without help modern technology. Daniel Kish lost his eyesight at age 13 months due to retinoblastoma, a retinal cancer eyes.

Two months later, his parents found that the child is capable of independently navigate in space, avoiding collisions with items.

– Since childhood, I use echolocation for orientation with using clicks. Moreover, from the very beginning I clicked so rarely and neatly, that my parents did not immediately notice my abilities. –

Daniel completely independently learned to visualize the surrounding space, clicking the tongue and listening to the echo. Echolocation abilities also have certain types of animals, for example, bats and dolphins.

Kish distinguishes at least two types of echolocation that he uses in everyday life: active (with clicks), which he also calls a “sound flash”, as well as passive, when which he just listens carefully to those around him sounds.

Daniel believes that everyone has the ability to echolocation human, they can be developed, such as musical ear. IN Kish is currently conducting classes for the blind, teaching them better navigate in space using sounds.

Eyes of the Predator

What about vision? Is it possible to improve human capabilities eye, make them see farther, better in wider light spectrum?

Biohacker Peyton Rowlands is sure of this. Moreover, at present time he conducts an experiment on himself, trying with special diet “teach” your eyes to recognize objects in infrared spectrum.

The fact is that the retina of the human eye for perception light uses molecules of pigments photopsin and rhodopsin, then as, for example, the vision of some species of river fish is based on porphyropsin – a pigment that can be used to recognize light waves in the infrared spectrum.

Rowlands hopes to exclude from his diet retinol (vitamin A), necessary for the production of photopsin and rhodopsin, he can make his eyes use for Porphyropsin object recognition, i.e. see the world in infrared like a Predator from a famous movie with the participation of Arnold Schwarzenegger.

You can envy many types of animals with abilities inaccessible to man. However, nature is still generous bestowed and Homo Sapiens – imagination and mind, which for throughout human history have expanded and continue to expand the ability of people, allowing them to penetrate into areas that are still accessible only a few species of animals.