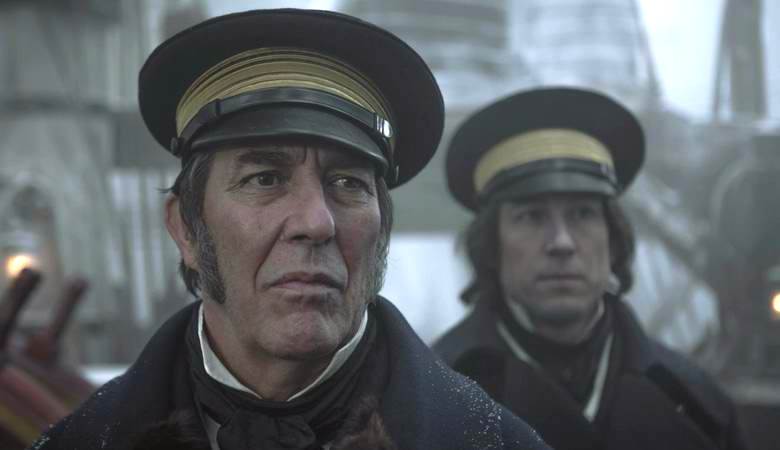 In 1845, an expedition of British sailors under the leadership of Rear Admiral John Franklin went on ships Terror and Erebus to search for the Northwest Passage from Atlantic to the Pacific Oceans. Alas, all 129 expedition members did not go back. Subsequently, search teams learned from local Inuit residents that both ships were stuck in the ice and their crews suffered an unenviable fate.

In 2014, off the coast of King William Island was discovered sunken Erebus, and two years later, researchers found nearby remains of the Terror. A few more years passed, and now now the inhabitants of the Inuit village of Joa Haven on the aforementioned island stated that scientists aroused the curse, disturbing the ashes of the dead sailors. Because of this, they say, in the village they became mysteriously people get sick and die, which has not happened before. The inhabitants of this settlement are direct descendants of the Eskimos, watching the last days of the Franklin expedition. it the only village on the island. Its population is less thousands of people and over the past two years here really the inhabitants began to die for an inexplicable reason. Representatives indigenous people do not trust modern medicine, so do not allow doctors from the mainland to establish the causes of the “epidemic”.

Superstitious Inuit blame the on-going divers made several dives to the sunken ships, thereby supposedly disturbing the spirits of the British resting at the bottom. Local shamans performed several rituals designed to stop the curse, however this, apparently, did not produce results. One of the shamans agreed tell reporters that invisible ghosts walk around the island dead sailors who cause misfortune to residents Joa Haven. It is worth noting that the Franklin expedition has long been shrouded in rumors of the mysterious death of its participants and the curse weighing on by ships. In 2007, American writer Dan Simmons published the novel “Terror” in the genre of historical and mystical drama. The author conceived that the British navigators had incurred curse by killing a powerful Inuit shaman. Thereafter many characters in the book have become victims of the uncanny polar Tuunbak’s monster, looking like a huge and fierce polar bear. This year, the novel was filmed in the form of a 10-serial the movie.