Mikhail Fomenko was born into a wealthy Georgian family. His mother – Elizabeth Machabeli – was a princess, and father – Daniil Fomenko – a famous champion athlete. At the end of the thirties of the last century Fomenko family was forced to flee the Soviet Union, fearing repression. First she gets to Japan, a little later – to Sydney.

Michael had three sisters who easily adapted to foreign land. Unlike them, Michael could not get used to the new language, because of which he had certain problems with learning. True, at school he was almost the strongest, easily conquered prizes in decathlon. He was later even nominated for participation in the 1956 Olympics, which took place in Melbourne, but with it didn’t work out, because the young man soon runs away from home, going to wander. 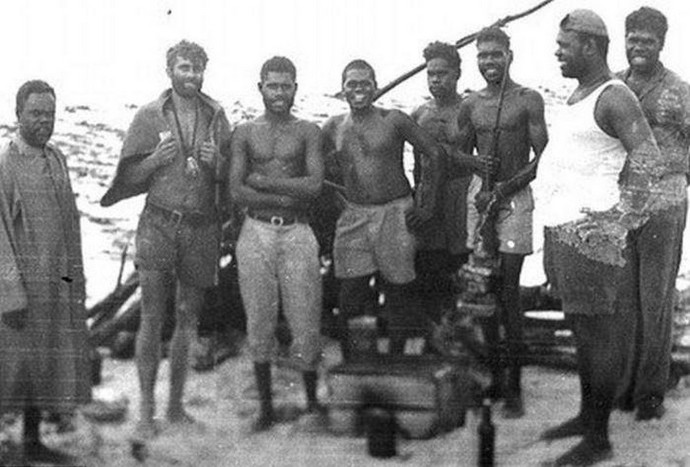 First, he gets to the natives of Northern Australia, where on a par with them with his bare hands he killed wild boars and crocodiles. However and the company of savages did not appeal to him. Cutting down a canoe from a cedar tree, Michael alone goes to New Guinea, guided only by to the stars. The guy had to overcome more than 600 kilometers before he achieved his goal, but it almost cost him his life.

In 1959, a young man was saved by local residents who found Fomenko sick and so exhausted that he was about to ready to give soul to God. Upon learning of this incident, Michael’s father came for him and took his son home. But that didn’t piss the guy off. Having barely recovered, he again escapes to freedom. At the request of the mother, Michael is wanted by the police, who arrest Fomenko in 1964 year for vagrancy and indecent behavior (he walked in one loincloth). However, not finding in his actions any crime, Michael is declared insane and locked in a mental hospital, where wanderers begin to “heal” with the help of stun therapy.

The great hermit to keep within civilization was impossible

From the asylum Russian Tarzan (by this time this nickname is already firmly stuck to Fomenko) came out supposedly completely recovered and sensible, but not even a week has passed, as Michael again leaves civilization. He will return to her only in 1988, and then only for a few days – will come to the mother’s funeral. 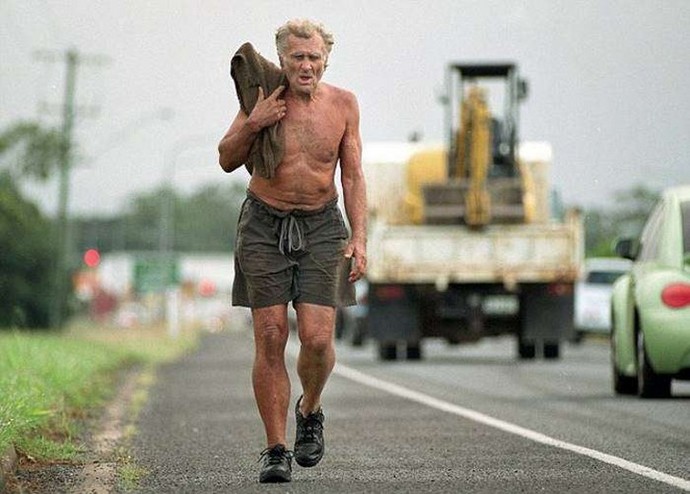 Fomenko all this time lives in the most deaf and inaccessible areas of the Australian bush, where even natives try not to to visit because they were completely unsuitable for human life places. But not for the Russian Tarzan, who differed not only with enviable physical strength, but also amazing endurance and the mysterious ability to merge completely with nature. Mikhail, for example, could run twenty-five at a time – thirty kilometers, a few days are not without harm to health and physical stamina. He slept very little, but could spend hours to be stationary – practically meditate, even never knowing about this technique of yogis and indian monks. True, the years still take their toll, and, having lived away from civilization for nearly sixty years, the great hermit in 2012 by the road to his sister, who lived in Sydney, fell ill and got into the hospital. Since then, he lives in a nursing home, with no one communicates, however, according to the nurses, very pleased with his current Stay in a quiet and comfortable place. Fomenko can still sit still for a long time, as if merging at this moment with the universe. Or maybe he just remembers his life at this time, which was full of dangers, but filled with surprisingly bright life-affirming force. And, of course, the happiness that this only Mother Nature could give a strong and courageous man …