Vladimir works as an engineer in one of the Kostroma companies. In parallel with his wife, Clara explores and learns secrets of the mystical world: explores the sites of ancient tribes, ancient settlements, seeks signs indicating an interesting location nearby an object. – Kostroma sometimes do not realize that they live in fabulous places in an amazing and mysterious world. Some something have heard of the Blue Stone on Lake Pleshcheevo in Yaroslavl region, about the “Blue Key” in Shchelykovo. But such mysterious and there are many wonderful places in our region, ”says Vladimir Shamov. 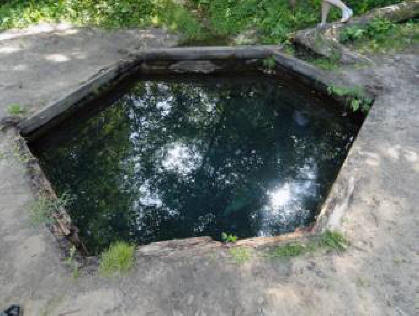 A photo from open sources “Blue Key”. Ostrovsky District The most famous sacred place, of which, perhaps, everyone knows is the “Blue Key” located in Shchelykovo Ostrovsky district. According to legend, the Snow Maiden has melted in this place. Water in the source is really blue. People come to him wash and, making a wish, hang ribbons on the trees. They go first of all, young couples to ask for happiness from the one that didn’t get it. There is even a very terrible hypothesis. Supposedly in ancient times, people were very dependent on the cold, and to propitiate demons of cold brought sacrifice. Young, not married the girl was tied to a tree and left to freeze. Spring blue the girl’s body was burned at the stake. In the woods next to the blue key sometimes they still see a girlish silhouette. – This is only one version. A mysterious natural object served as an object of worship and was dedicated to the female deity. It’s wonderful that he still gives people hope for happiness, ”explains Vladimir Shamov. Stone-mitt. Ostrovsky District It seems that Ostrovsky district is full of wonders and secrets. Probably if in our world after all, witches and sorcerers lived; they would have liked the place. So, by according to Vladimir Shamov, there you can find the remains of an ancient pagan sanctuary. One of the stones lies in the tract beyond the village Ostrovsky. 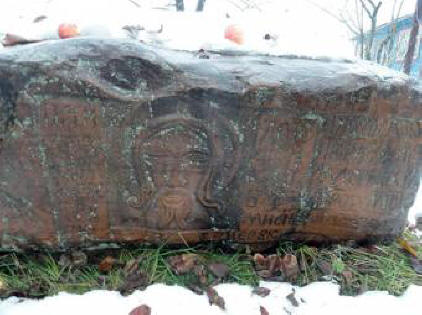 Photo from open sources – Judging by the fact that in this ravine amazing energy, there was the sanctuary itself. We searched him from morning to evening, twice passed through a ravine and both times felt the vibrations. But it never occurred to us that the stone was there. Our friend saw the object quite by accident, – tells Vladimir. The remaining stones of the pagan sanctuary with Christian Graffiti on a Medieval Theme (Unique Monument archeology) are in the courtyard of one of the locals. Them dragged into the courtyard of a church located next to the man’s house by order of his great-grandfather – the church superior, back in the summer of 1888 of the year. On a huge boulder the face and inscriptions are beaten out. Especially good they visible in winter, when the snow is removed from the stone. “Witch’s chair.” Krasnoselsky district. Full of mysticism and Krasnoselsky district. IN a large stone, the so-called “witch’s chair”, was found in the local forests. It is believed that witches, werewolves and other mysterious people are sitting on them. personality and energized. Krasnoselsky stone is called another “shoe” or “bear”. To the stone from the village passed “marfina trail”, named for a resident of the house, from which she begins.