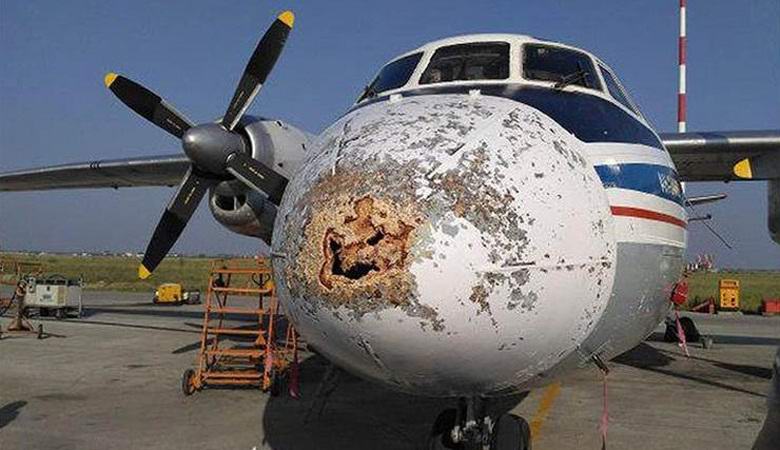 The plane of the domestic airline “Polar Airlines”, flying on July 20 from the village of Olenek to Yakutsk, in a mysterious way received unusual fuselage damage.

During the flight, the bow of a turboprop airliner An-24 was as if corroded or exposed by someone incredibly strong acid. On board the aircraft were several crew members and more than thirty passengers. Fortunately, none of them were hurt.

Representatives of Polar Airlines and the Federal Agency air transport investigators give a very vague explanation of what happened.

According to them, the fault was all unfavorable weather conditions, and the plane suffered from a lightning strike or hail. Like, this is rare, but it happens. Good thing experienced captain Nikolai Starostin managed to safely land the car at the right time and at the right place, despite the fact that in the nose of the airliner formed real hole.

But, as you might guess, not everyone believes such explanations. 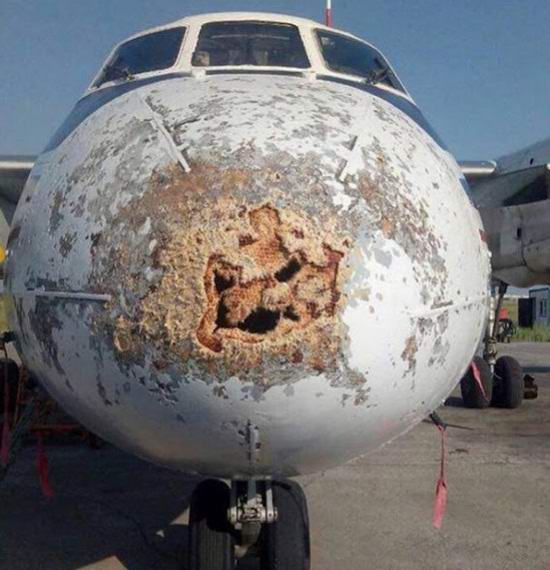 The mysterious incident quickly interested Russian and foreign researchers paranormal. According to alternative specialists, the plane could not get such damage in the result of bad weather or a collision with a flock of birds. Ufologists convinced that the An-24 was attacked by an unidentified flying object or collided in the air with any mysterious anomaly. And the air carrier and officials, they say, are hiding from us the truth.

However, one should not think that scientists hide the truth only in in the event that it is associated with aliens or something beyond. Most often they do this when they themselves explain can’t do anything. In this case, it’s best, men from science say, best to reassure the public the most primitive explanations, and there let someone think what – it doesn’t matter …