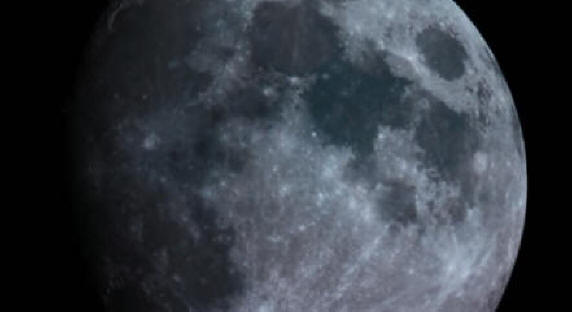 This video was made from Germany and was shot for 4 days from July 7, 2014 Clearly visible on the surface The moons “run through the waves”, or rather a strip, and this is similar to how the image of the lunar surface, which we see with Of the earth.

No matter how crazy it sounds, but it’s as if these bands were noticed more than once when shooting with various cameras and telescopes. I I think anyone with a video camera with a good zoom can see the same thing.

And as you may ask, can this be explained? In my opinion several explanations are possible and all of them will not be pleasant to adherents generally accepted picture of the world.

1. There is no moon in the orbit of the earth at all, but only a flat projection (hologram) creating the appearance of its presence. Moreover this projection is quite primitive technically, judging by the fact that its the creators were forced to create exactly a flat projection and exactly therefore the moon is turned to us on one side. It’s just saving resources to maintain the visible part of the moon.

2. On the Earth’s orbit there is really an object the dimensions of which correspond to the “Moon” visible to us from the Earth, but on in fact, what we see is just a hologram – a disguise created on top of an object. This, by the way, explains why no one Don’t fly to the moon. I think all the states that sent their devices on the “Moon”, know perfectly well that under the guise of what we visible from Earth, there is completely different.

In favor of these versions are those facts that are long are surprising for their illogicality:

– Why mankind sends devices to deep space, but completely ignores the planet closest to us.

– Why all the moon photos transmitted by earth satellites have such disgusting quality.