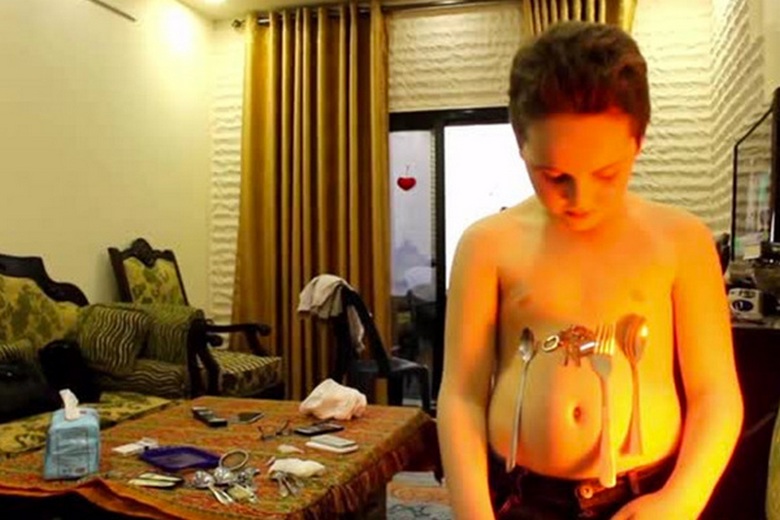 Journalists talked about the Syrian Magneto – a boy named Zulfikar Ibrahim, who literally attracts with his body metal objects, holding them for a long time.

We offer you all this to see in the video where Zulfikar Ibrahim shows off his amazing abilities when to his stomach, as if “sticking” spoons, forks and other metal items. By the way, the young hero himself is not particularly happy from such abilities, because they make him an outcast among peers, and his relatives are completely worried about the health of the child.

Due to the fact that Zulfikar is somewhat similar to a comic book hero, talking about a team of X-Men, the boy is increasingly called Syrian Magneto, that is, a superman able to control metals. So far, this “management” adds to the Ibrahim family only additional troubles, which are expressed in close attention to their lives of outsiders, now here are also the journalists …