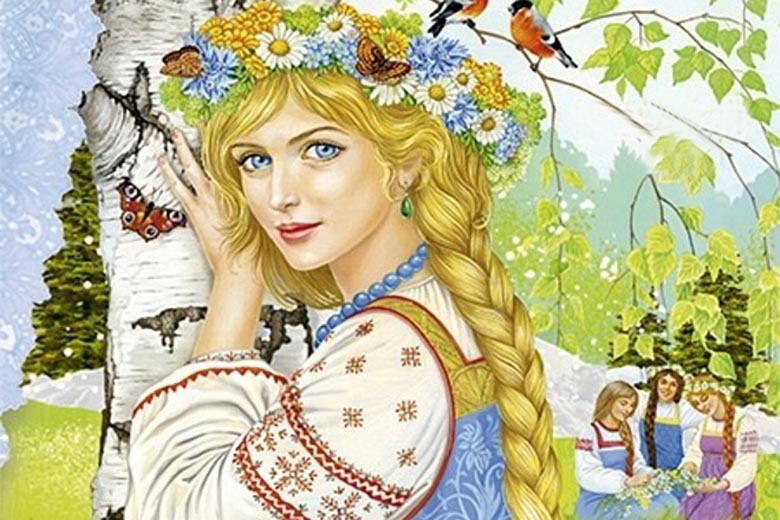 Forests on the left bank of the Volga – in the places where Museum-estate of the great Russian playwright A.N. Ostrovsky (Shchelykovo), have long been considered mystical, but better to say – fabulous, magical. Here the goblin will easily make a person stray, as they say, in three pines, and, sometimes, more than one day. Therefore, locals do not like to delve particularly deep into the thicket, and others do not advise. And if the need came to go for mushrooms or berries, they recommend putting a pinch of salt in a paper-wrapped pocket.

Vladimir Shcherbinin – an avid mushroomer and local old-timer – tells how he once forgot salt and circled through the forest until dark. The man heard the noise of cars on the Navolokskaya Road, and get out I couldn’t capture the forest until I bowed to the owner … 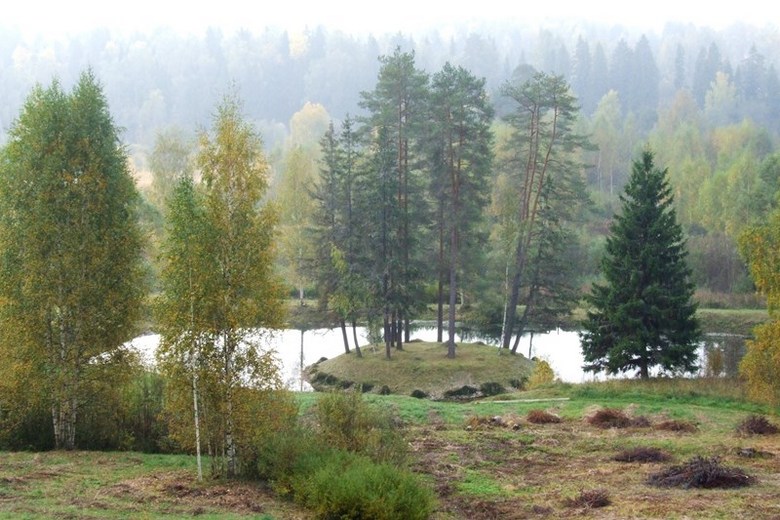 The owner is, of course, the goblin, or the forester. He is zealous refers to his “household” and is very strict and demanding guests. However, the goblin can be generous, this confirms the story of Yevgeny Sidorov, another resident of these places:

Once my wife and I visited Kineshma and went for mushrooms. It was afternoon and it’s kind of like for this business. inappropriate, however, we met several mushroom pickers with full baskets of mushrooms hats: legs are traditionally neglected here. Well, we think, maybe, and something was left for our share! .. We entered the forest, wandered for half an hour, an hour – no, not to see mushrooms. Well, I asked then at the forest grandfather, so he threw us a little fungi. He respectfully asked, with a bow. And five minutes passed before I hear my wife is calling me. I hastened to her – and she, it turns out, found a clearing, all stumped with stumps, and on every stump – hefty hat mushrooms. In half an hour we filled our baskets.

In these parts are the former possessions of A.N. Ostrovsky who in 1867 together with his brother Michael bought his father’s estate from stepmothers. Since that time, Alexander Nikolaevich has been conducting in Shchelykov 4-5 months a year. Here he works on the plays Forest, The Storm, “Dowry” and many others. Here the playwright ponders the design of the charming fairy tale “Snow Maiden”. 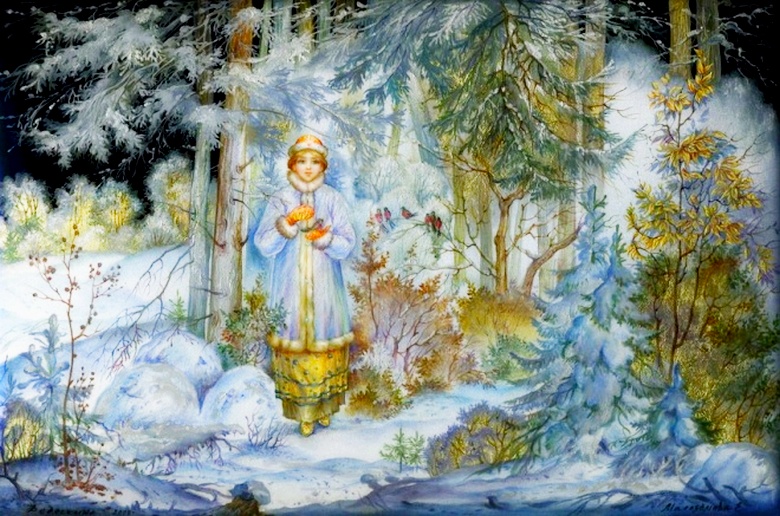 It is noteworthy that the film on this play was shot in the vicinity of Shchelykov. Needless to say, the places here are simply fabulous. For example, at the edge of the Berendeyevskaya Polyana (Yarilina Valley), where Ostrovsky once enthusiastically watched folk games, rooted in hoary paganism (and where subsequently passed shooting a movie), is the so-called “devilish a source”.

In appearance it is an ordinary spring, lined with a powerful hexagon log house. It seems that the keys are breaking from its bottom: the bottom seems to be boiling, throwing out a yellow beautiful sand. In the intense heat I do not want to just get drunk water, but plunge into the source itself …

The official name of this spring is “Blue Key”. Local legend says that it was formed in the place where once the Snow Maiden has melted. The heart of the ice beauty has not died and continues to beat deep in the source. Water in the Blue Key on surprise salty. 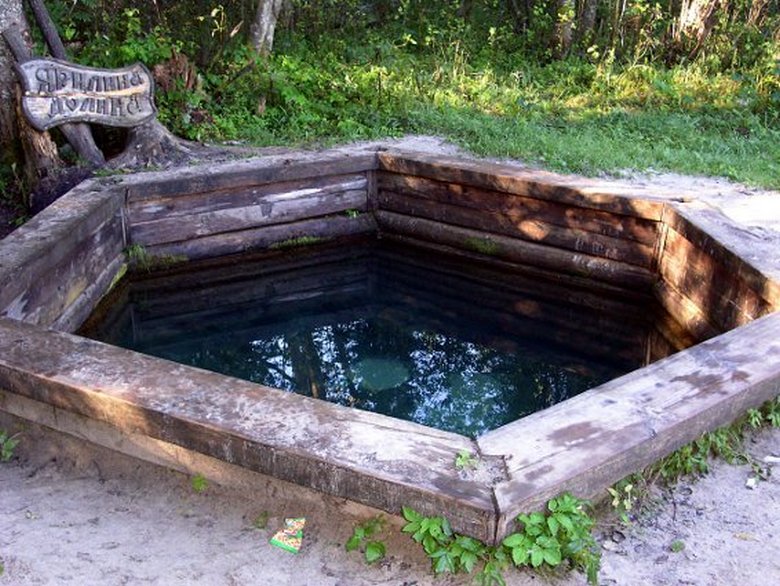 However, approaching him alone is very dangerous: known cases when people not only drowned in the spring, but disappeared without trace. They say that these great sinners go straight to hell, so as sand is not seething at the bottom of the spring: here comes out of the bowels of the earth native sulfur! ..

You look into the well – and it seems that only some one and a half meters, how do you drown? But this is very deceiving impression: the depth here is thirteen meters. AND thirteen (!) keys tirelessly take out new portions from the ground yellow mineral. Sometimes for unknown reasons, the number of keys doubles or even triples, but it is always strictly multiple thirteen …

They also say that the unknown often “turns on” here geoenergy field, which greatly enhances the action familiar to us electromagnetic fields. And then the forest scum saturated with witching energy, sorcerers and witches are activated, and local hams who work in the VHF band (when radio communication is stable only at a distance of 15-20 km), begin suddenly talking with the same stations around the world …

In general, it is not surprising that they gather in Kineshma twice a year black magicians, as well as the most desperate psychics. Mysterious dark places, where it is just right to arrange “Sabbaths” and where beats in the icy water of the spring the heart of the Snow Maiden scorched by the earth love … 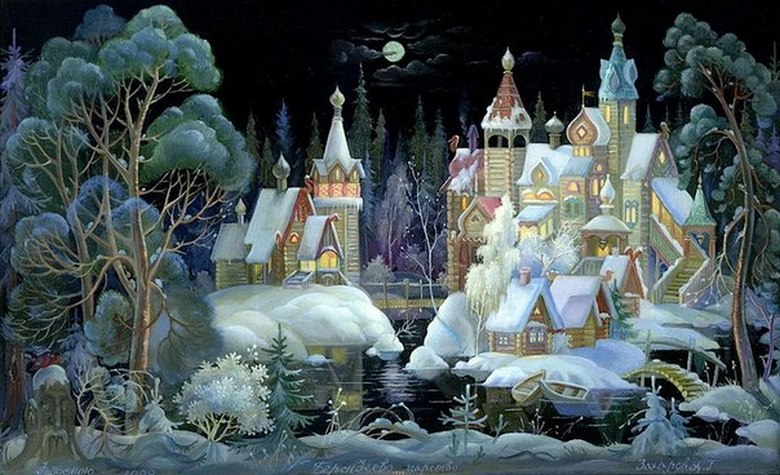