Vatican states prayer addressed to German nun Maria Theresia Bonzel, who lived in the 19th century, helped to heal a seriously ill four-year-old boy. 18-year-old Luca Bugi does not like to recall events that happened with him 14 years ago. Instead of a guy, a story about miraculous healing tells his mother. “In 1998, the four-year-old Luke returned from kindergarten and complained of abdominal pain, recalls Jan Buji. -His condition began to deteriorate sharply, doctors suspected gastrointestinal upset, but could not put the right diagnosis and prescribe treatment. For six months my baby experienced severe pain, accompanied by diarrhea. Such attacks repeated eight to ten times a day. He was the sickest the person I’ve ever seen. ” Because of the mysterious pathology Luka stopped growing and gaining weight. Confused doctors told the spouses of Buji that they suspect malignant neoplasm in the rectum of a boy and plan to conduct biopsy. But the cell fence was not needed: February 22, 1999 the disease disappeared as suddenly as it began. Maria Teresa Bonzel 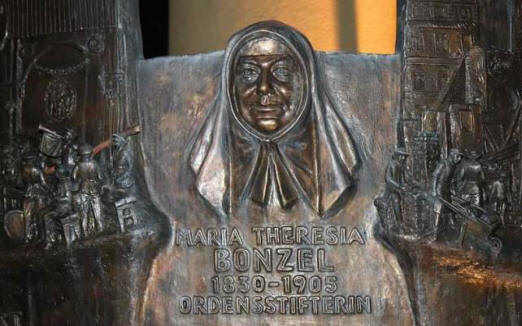 “Ailment left Luke that day as Sister Margaret and the late sister evangeline finished reading the prayers offered to for nine days. Sisters asked Maria Teresa Bonzel, deceased in 1905, help Luke. I don’t know how to explain what happened. Our family is not ultra-holy and we are ordinary people: I teach yoga, but the husband works as a mechanical engineer, ”says Jan. So the quick recovery of a seriously ill patient confused the doctors, which in response to questions from the boy’s parents only bred hands. Then representatives of the investigation joined The Vatican. The Bugi family was interrogated, during which doctors and envoys of the catholic church tried to find out if parents to their four year old son a laxative to make him sick, or a real miracle happened. “They wanted to make sure that we are not crazy. Well, we didn’t mind, ”he says with a smile Luke’s mother. The investigation lasted 14 years and finally approached completion: Pope Francis upheld the version of the miracle and appointed beatification for November 2013 (reckoning of the deceased to face of the blessed) nun Maria Theresa Bonzel. Beatification considered a stepping stone to canonization and if thanks to Bozel one more miracle will be accomplished; it will be counted among the saints.