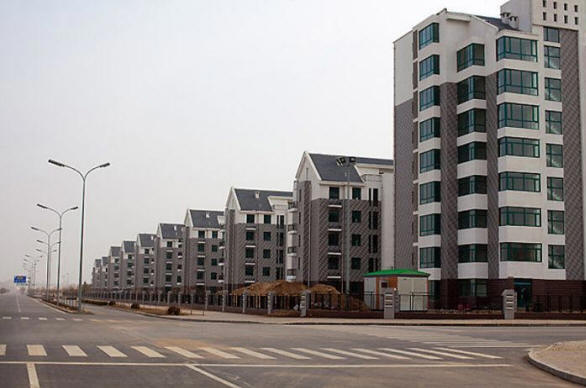 What do you think a ghost town looks like? Surely, dilapidated houses, dirty streets, along which the wind drives garbage, rare residents resembling homeless people. And if: high-rise buildings, sparkling freshly washed glass, trimmed lawns, swept avenues at night flooded with lighting? This is what Ordos looks like – the largest and most amazing ghost town in the world, located in china.

The birth of Ordos

In 2001, in the province of Kangabashi (China, Inner Mongolia), The richest deposits of minerals were discovered. It turned out that 1/6 of all coal reserves and 1/3 of China’s natural gas are hidden in bowels of this desert region. Development and mining of these treasures promised a huge number of jobs and a sharp increase in the number provincial population. Based on this in 2003, it was adopted decision on the construction of the city of Ordos with a projected population 1 million inhabitants. The most prominent participated in the design architects of China. The city was supposed to be ultramodern metropolis and fully justify its name (Ordos – the palace, Mongolian.) and become a business card of the Middle Kingdom.

By 2010, a beautiful city with cottages and high-rise buildings, wide avenues, administrative centers, office buildings, theaters, museums, sports fields and residential neighborhoods. In the press, the rebuilt metropolis received the title “Dubai of North China”. Many companies specializing in real estate trade, began to acquire apartments and houses in Ordos, hoping in the future to resell them profitably. To become a full-fledged city, Ordos had to take the last step – get residents. However, this step was never taken. 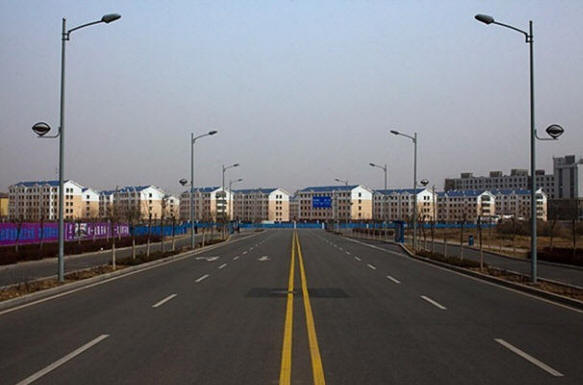 A city without people

By the end of 2013, the population of the millionaire city barely exceeded milestone 20,000 people (2% of the planned). 98% of buildings are empty. Rarely, here you can meet a passerby. And if you suddenly if you see a passing car on the avenue, it means it’s rush hour. what did it happen?

Large coal and gas companies are in no hurry invest in the development of open fields. Kangabash is far from the first line in their promising plans. And residents located near Old Ordos, etc. settlements, despite the efforts and agitation of the authorities, not tend to relocate to a European luxurious but still alien im a city.

The future of Ordos is yet to come

This is not to say that the situation was unexpected for the authorities. Initially, it was assumed that the city would not fill immediately with residents it is built, rather “on growth.” So no panic about there is no Ordos population at the top of China, although the authorities acknowledge that the situation is a little “dragged on.” But the country’s leadership is confident that sooner or later people will fill the city: workers, clerks, civil servants and tenants, and not going to bet on Ordos cross. 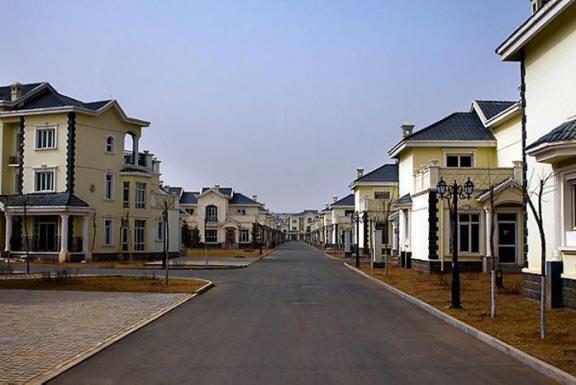 In the meantime, management companies bear the burden of maintenance infrastructure of an empty city, cleaning streets, repair work, security of objects, carrying out landscaping. Every night, empty streets are flooded with the light of city lanterns. More in addition, construction is ongoing in the city, and developers regularly report on the commissioning of new facilities. Money under construction emit Chinese state banks as loan at minimum interest.

And this empty miracle city stands in the middle of the desert, waiting new settlers. So if you want to buy housing in the center cutting-edge city – Ordos is waiting for you!