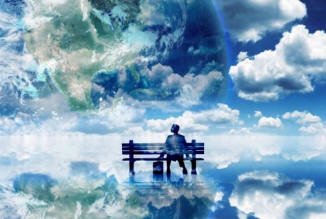 Happy parents named their son Fedor. He was born in a small village of Kotovsky district of the Volgograd region. And to school Fedor went to study already in Kamyshin, where the family moved, leaving unpromising village. Fedor grew up an ordinary boy. what concerning diseases, then he was ill no more and no less than others – in the spring and autumn there was a cold, in the winter it happened flu. Well, I caught a chickenpox once. But what puzzled most parents that sometimes the boy lost consciousness. This rarely happened, and it seems only mother attached importance to this. Neuropathologist nothing could not say. – He is healthy in my profile! – stated the doctor. True, these were the 1980s, when the province had not yet tomographs. And, as it turned out later, it was not in Fedor’s head business … Once Fedor fainted in a Kamyshin nursery. It happened on a school trip: the class wandered far into the forest – to where the twisted trees grow. Kamyshin residents know this strange place. Barely running up to the clumsy, intertwined trees, Fedor collapsed. An elderly teacher did not to panic. She tucked ammonia under his nose, told the boys to pick up a classmate, and with all the crowd they went to bus stop. As soon as the class moved fifty meters away, Fedor woke up. – Are you all right? How many fingers? – The teacher began fussy to touch the pulse, show five, unfasten and fasten buttons on the student’s clothing. Fedor absentmindedly answered. Absentmindedly, but correctly. After two to three minutes he already could run again, joke and have fun. Course teacher told the mother of the child about the incident. But soon everything was forgotten … “I call it this:” I feel the breath of the Earth, “said Fedor in a letter. (He has long been living in a small town in the Primorsky Territory). – IN Kamyshin (more precisely in the Kamyshin district) in school times, I still then fainted several times. Nursery – it was only Start. I clearly remember this, because about the number of children no one will say faints now. Then my friends and I drove out relax on Ilovlya. There is one place above the village of Dvoryanskoe. We went for a walk through the fields … And I crashed without memory. Friends again carried out of the “this zone”. And I’m on my feet again. Then it was at mountains of Ears is the same adventure … “” In general, for myself I deduced such theory: I feel some abnormalities that affect my health, – the author writes further. – The literature specifically describes that on Our planet has many geopathic abnormal zones. Can remember the “Devil’s Glade”, which is 400 km from the place Tunguska meteorite explosion: ugly trees grow on it, people feel headache, nausea; fear covers them. And for example dogs stop eating, or even die. This is for everyone. known anomaly. According to my observations of such zones where “breathes Earth “, that is, there is a certain cycle of energy – a lot. This like pores on a person’s skin. It’s just that people in these zones often don’t even feel. Well, the heart pounded more often than usual or in the eyes clouded – and that’s it! And so I – immediately pass out … After school I was examined in Saratov on a tomograph: with my brains everything is in okay. And then everyone understands: if I constantly fainted – This, of course, is a pathology, but this rarely happens with me. And then I always get on my feet quickly. Also, I always lose consciousness on very strange places. Although several times this happened in cities or intercity bus. But again, perhaps in cities there are no places where the earth breathes? Yes there is, of course. And any crossroads Since ancient times, our people considered roads to be “bad places.” Some kind of portals or refuge of some forces … “” And so I live: let’s go with friends on nature, and I look out of the corner of my eye – is it growing normally grass, whether the trees are crooked, or other oddities … Nature I love fishing, hiking, but I try, in general, to go around those places where “the Earth breathes,” Fyodor concluded his message.