Brownie, spirit of the house, invisible master, patron and at the same time a full member of the family. He always aroused conflicting feelings: he was respected, loved, tried to appease, left gifts and at the same time were afraid to provoke his anger. To this day, people are afraid of meeting him, but they also hope for his protection. For this reason, the brownie is considered one of the best amulets for the home. 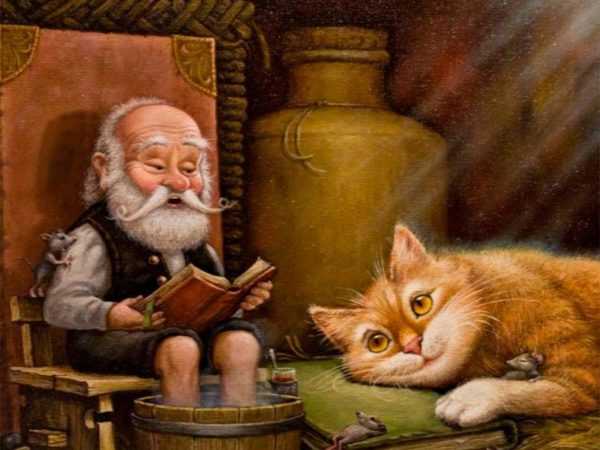 Brownie, spirit of the house, invisible master, patron and at the same time a full member of the family

Who is a brownie?

The brownie is considered the progenitor of the family with which he lives under the same roof. The people say that he tries to help the household, protects peace and seeks to ensure order.

There was an opinion that the brownie is a pretty old man of small stature with a long beard, kind eyes and at the same time with a stern disposition. He loves warmth, and therefore lives mainly behind the stove; there he not only gets warm, but also hides from prying eyes. If the farm has horses, then the brownie can settle in the stable. He loves these animals, and therefore takes them under his care.

Another nickname for the brownie is Kuzya. He deserved it thanks to his character. Initially, the naughty spirit was called a 'prankster' and over time this word was reduced to a simple name.

The brownie loves the family with which he lives and tries not only to provide all possible help with the household, but also provides protection. Both in the daylight and at night, he is keenly vigilant so that nothing can destroy the well-being of the people who are under his care.

The brownie loves cleanliness and order. Sometimes he plays pranks, which is manifested by the slamming of the doors of the nightstands and barely audible steps in the next room or in the attic. However, if you anger the invisible owner, then he will make noise much louder. Most of all, he is angry about the garbage and the mess, and if you do not reconsider the habits, then the brownie will do everything to evict the sloppy family member. 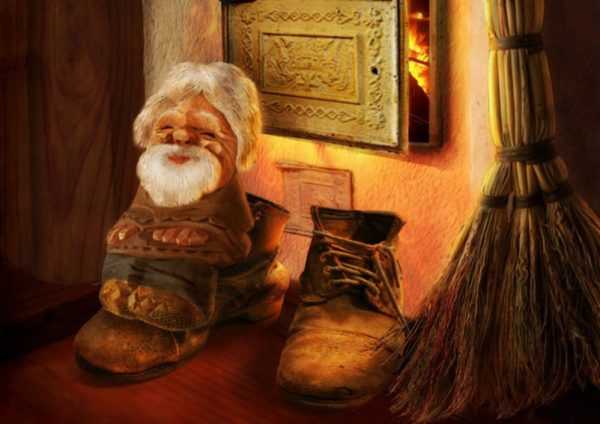 If the household is hardworking, and the relationship between them is harmonious, then the spirit of the home becomes for them a reliable protector and a kind helper. He will always protect loved ones and maintain mutual understanding between them.

Amulet-brownie: which one to choose and where to place it?

The brownie charm can have a different look: a shaggy old man, a smiling boy, and even a pretty girl. They say that it is better to choose a figurine with a kind face, since it is these who become real helpers for people.

Expert opinion Svetlana Kravchenko Esoteric A brownie's gift can be accepted only from the person in whose good thoughts you are absolutely sure.

Particular attention is paid to what the brownie is holding in his hands, since the influence of the amulet will depend on the additional attribute.

If you wish, you can purchase several houses and place them in different rooms of the house. If you decide to make the amulet yourself, you do not need to add all the attributes to the main figure. Better make two talismans.

How to make a brownie with your own hands?

In order to make a talisman at home, you can safely use materials at hand. More often than others, they use burlap stuffed with cotton wool, straw or foam rubber. To make clothes, take multi-colored pieces of fabric or knit a shirt with knitting needles. And also it can be decorated with embroidery or small decorative elements. 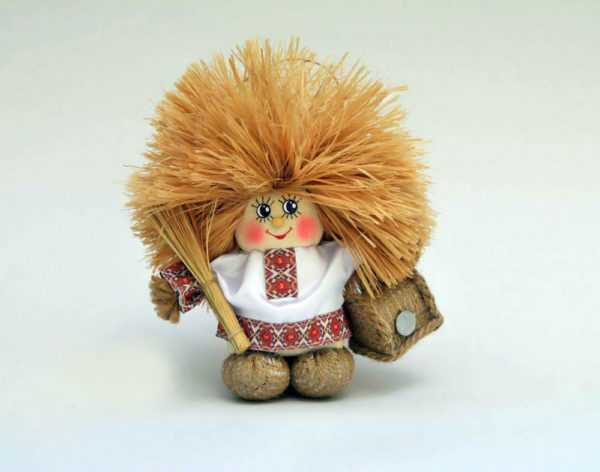 Such a talisman will attract well-being to the house, provide comfort and create a cozy atmosphere.

A home-made brownie will be a wonderful gift for loved ones. By charging the figure with positive energy, you will present your loved one with a protector and helper with tremendous strength.

We offer a detailed master class on making a talisman at home. You will need the following materials:

Let's get to work.

The result is the basis for the amulet, which should be supplemented with the selected attribute. Do not forget to put on the brownie a nice shirt, decorated with embroidery or protective symbols that will enhance his capabilities.

If all members of your family have a hand in making the amulet, then its power will be incredible. Everyone will share their energy with the brownie, put a piece of heart, and the talisman will protect each of the household for many years.

How to activate and use the amulet?

The brownie will become a real talisman and will be able to protect your house, provided that you are able to activate it correctly. And here the power of the four elements helps.

If the material from which the amulet is made does not allow all the above manipulations to be carried out with it, then in this case it is activated by moonlight. The figurine is left for the night on the windowsill under the rays of the night light.

During the procedure, it is necessary to express your desires, clearly formulating what you expect from the brownie. Now all that remains is to find a suitable place for him. It is important to always keep the amulet clean, remove dust on time and not make a mess.

Brownie is a powerful charm and protector that will help with the housework and put things in order in all your affairs. He will protect the path of evil spirits, attract wealth and improve relations between households.