The two-color Yin-Yang symbol is used to decorate the interior, clothing, body (in the form of a tattoo) – in all cases, the image serves as a talisman for its owner. The most powerful are jewelry, which, after competent manipulations, turn into Yin-Yang amulets that bring success. Such a thing can be presented at once to two people who are in love with each other. 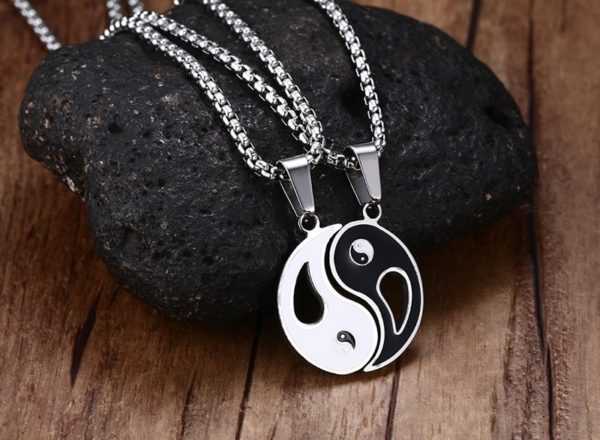 The meaning of the Yin-Yang amulet

Understanding the symbolism of this magic symbol is essential for the proper 'customization' of the talisman. Only in this case, the amulet will have the maximum positive effect on the owner, protect against negative, hostile influences.

The symbol in question has the shape of a circle, which symbolizes infinity (no beginning and end). The sign is divided into two halves by a smooth line:

Yang is the light part, the dominant active masculine principle:

Yin is the dark half, the female symbol:

From the union of two opposites Yin-Yang (male and female energy) 5 elements of the universe begin, from the interaction of which all the diversity of the world is obtained:

Yin-Yang, an ancient symbol, due to its polysemy, has become a universal amulet. The wave dividing the halves symbolizes the penetration of one part into another. Thus, an increase in one part invariably leads to a decrease in the other.

The harmony of the sign lies in the fact that both sides contain a particle of their opposite (there is a small black circle on the white half, and a black one on the white), therefore yin and yang cannot exist without each other.

Female and male energies interact with each other before a conflict arises, and the balance of a person depends on a person's reaction to certain situations. The more comfortable a person is, the easier it is for him to succeed.

With the correct use of the power of the sign, the creative abilities of the individual develop, the natural processes in the body are balanced.

Any person (regardless of gender) is influenced by the masculine and feminine principles. The 'Yin' part is responsible for warmth, comfort, care for the offspring, and the 'Yang' provides courage, prey and protection. When the correct balance of the two energies is observed, complete harmony is obtained.

But if an energy inappropriate to gender begins to prevail in a person, bad changes in the body and psyche occur, which turns into health problems. 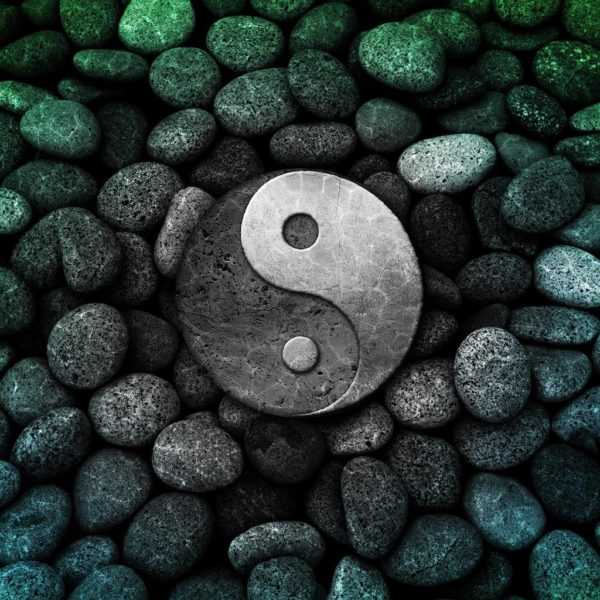 The male part is 'Yang', and the female 'Yin' suggests softness, tenderness, calmness.

When choosing a stone, you need to pay attention to its energy group. Depending on the lack of qualities in life, a person selects a mineral for himself.

Men's stones are needed for those who lack confidence, courage. They relieve the awkwardness in society, develop the qualities of a leader. Aventurine, emerald, jade, diamond, chrysolite, ruby ​​- from this list you can choose an amulet for those who want to become more active.

A circle is a very convenient shape for a medallion, therefore the yin-yang symbol is often adorned with pendants. Such a product serves not only as an ornament, but also helps to restore the lost peace of mind.

If you want to get a powerful amulet that brings good luck in your personal life, helps to achieve harmony and success, you need to 'work' with the acquired pendant.

Expert Opinion Yuna Khatun A divine fortune teller To fully reveal the power of the Yin-Yang talisman, you need to cleanse it of alien energy and charge it with the energy of the elements (fire, water, air, earth).

Don't rush to put on the jewelry. Place the pendant in your space, put it in a box of salt for a day, hold it in water (it is better if it is running water, for example, a river, stream or a stream from the tap).

You can skip this step if you have a completely new item. Then, according to your zodiac sign, select the element with the energy of which you charge the amulet:

Emotional charging. It is equally important to choose the right time to activate the amulet. Women should perform the ritual on Wednesday, Friday and Saturday, and men on Monday, Tuesday and Thursday. Late evening is the best moment to activate the talisman. At this time, it is easy to concentrate on thoughts about the eternity of the universe.

The essence of the ritual: sitting at the table, think about something pleasant (about loved ones, about where you want to go, etc.). In ten minutes, the Yin-Yang amulet will be saturated with your energy. After that, wrap the pendant in a piece of cloth of any color (except black) and hide it in a secluded place.

For the next seven days, continue to charge the amulet daily: take it in your hands, share your experiences with him. When the process of energizing is complete, never part with your talisman.

There are times when a brass or copper pendant leaves minor burns on the skin. If at the same time the talisman brings you good luck, this means that the element of fire is very strongly activated. To relieve discomfort, coat the pendant with clear nail polish.