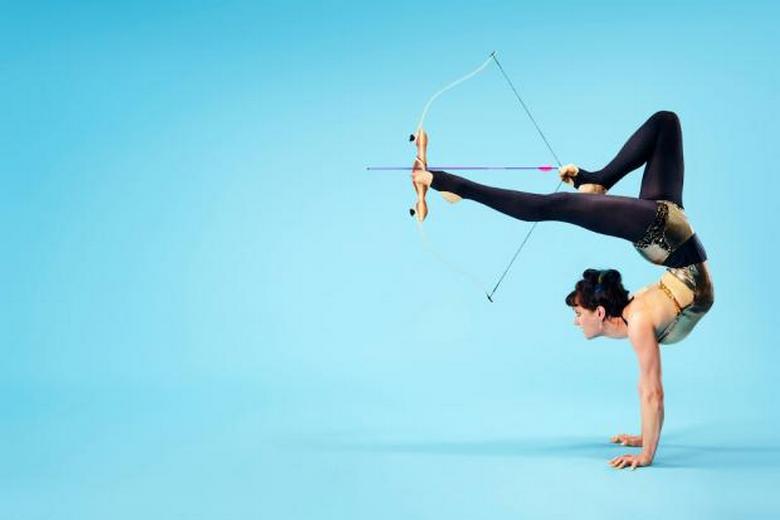 A person, they say, uses only 5-10 percent of the possibilities of your brain, as well as of your entire body. Probably everyone heard that under certain circumstances weak women are easy tearing iron chains that an ordinary person sometimes jumps over ten-meter abyss, and so on. By the way, the masters of oriental martial arts and yoga clearly demonstrate to us what is capable of the human body, if you release its energy and remove all sorts of restrictions that he received from early childhood due to improper upbringing.

But here’s what is interesting, often a person for the sake of recognition and world fame ready to show such records that it would seem that no one are needed. And all this is done for one thing – to get into the Book of Records Guinness.

It’s amazing that the organizers of this popular book themselves encourage the strangest champions who set here such “miracles”. So, here are the most unusual Guinness World Records: Louis Colette was in the Guinness Book of Records, speaking in 2004 year continuously for two days. It would seem nonsense, who needs it? But Colette’s record was soon broken by another contender for the most long continuous speech. However, Louis did not give up, after many training, he sets a new record in this useless in fact, speaking 124 hours, that is, more than five days. While this the record of talkativeness has not yet been surpassed by anyone.

Record of compatibility of cycling and playing the violin Probably every cyclist, not even very professional, at least once tried to ride without using hands. If doing so all this backwards – it turns out even cooler. And here is Christian Adam from Germany (the city of Lubeck) showed something amazing in general – He rode a bicycle for five hours, sitting on his back and at the same time played the violin. During this time, the “amazing violinist” covered more 60 kilometers of track. In any case, it’s even amazing if not has the slightest practical benefit …

The record for the loudest scream It was installed in 2013 by 52-year-old Briton Jill Drake, living in Kent, screaming at a volume of 129 decibels, while 130 are already considered a pain threshold for a person, in 135 – leads to concussion. By the way, the Disneyland administration immediately found application to that voice by inviting the winner to Los Angeles where Jill Drake shouted from the bottom of her heart to rock a new attraction “Twilight Zone. Tower of Terror” (Twilight Zone Tower of Terror). At least some good …

The record for the number of plastic surgeries It belongs to Cindy Jackson, an American singer and TV star. (now also a writer), which for the sake of achieving her dream she looked like a perfect woman and underwent 52 plastic surgeries, having spent more than 100 thousand dollars that it received in inheritance. However, Cindy did not do all this in order to get to the Guinness Book of Records, it was a pleasure for her at first, but then – it just became the meaning of life. Many try to compete in this, but the length of the hair is often depends not on the whim or desire of her mistress, but on some genetic capabilities of the body. Today the longest Chinese Chinese girl Xi Quiping produced hair – over 5 meters. As the owner of this record, long the braid that she has grown since childhood, that is, she did not cut at all since 1973, brings her a lot of inconvenience, because wash and combing five-meter hair – the whole problem, not to mention other inconveniences, for example, when traveling and so on. But what you won’t do for the sake of world recognition and glory!

The record in eating cockroaches But the British Ken Edwards set a completely shameless record – in one minute he managed to eat 36 huge black cockroaches “kurakachi”. He demonstrated all this in 2001 in March The Big Breakfast festival, which took place in London. Note that no one had even tried to break this record …

Record for typing on a computer But this record, although it may have a certain practical the favor also seems insane. Italian Michelle Santelia in 2008 demonstrated truly fantastic abilities in typing on a computer. Using multiple keyboards without any letters on them, he typed the text of 67 books on different languages, including Hebrew and Ancient Chinese, common volume of 23 thousand pages or 3.5 million words (a stack of books in 4 meters high). And all this was printed in reverse order, then there is from the end of the book to the beginning. Michelle didn’t errors or typos …

It is difficult to say which of these records (and such much more achievements than we mentioned here) more crazy, in any case, they demonstrate two things – huge human abilities and his unlimited desire to become famous, and sometimes in any way …