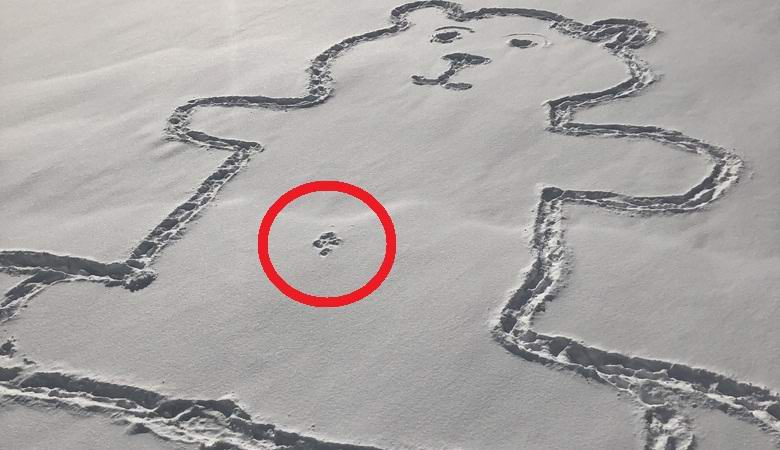 An insignificant, but at the same time very intriguing riddle recently occupied the minds of residents of one of the areas of Canadian Montreal. On a frozen and snow-covered local stream, someone painted big good-natured bear.

The mysterious artist performed such a winter picture, obviously shuffling in the snow with your feet. Montreal appreciated the cute drawing of the author, however, they soon asked a natural question: how is this unknown artist managed to portray the navel of an animal? 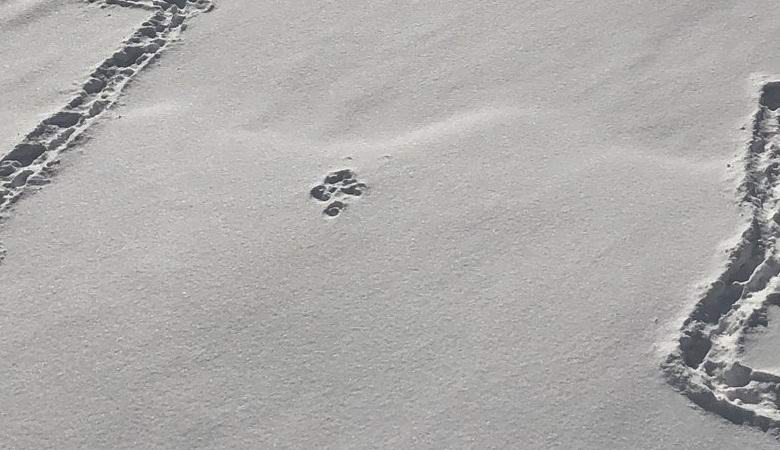 It is reported that the distance from the navel (representing a total only two tracks from boots) to the nearest bear outline is about two meters. Given that under the snow is ice, it is possible that the artist first jumped into the middle of the picture, and then back. Imprints of shoes look very clear, like someone went down on a stream from above, touched his feet to the snow, and then rose up again. However, some suggest that the author of this art used a hockey stick with attached to her boots. But to many, all this seems absurd, though only such an explanation, albeit relatively, but looks logical, in the rest – just some kind of mysticism …