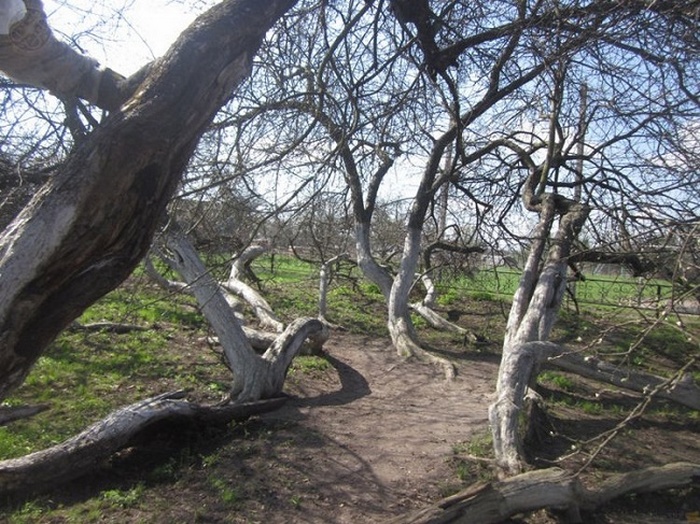 The Ukrainian city of Krolevets, in Sumy region, is famous for a unique tree grows here, which has no analogues in the whole world. According to legend, this apple tree was planted once at the behest of the prince. P.S. Meshchersky, and therefore here it is called “princely.” Age the 220-year milestone crossed the tree, however it blooms to this day and bears fruit. However, the most surprising is not this …

The garden, which covers an area of ​​about ten acres, is essentially an apple colony, since this entire territory occupies … one tree (nicknamed the old-timers “walking” apple tree). As if some unknown force bends apple branches to the ground – and each takes root, and it seems that the tree is walking. From a distance woody weaving is like a vine or overgrown bush. From here another local name went – “Lozovka”.

An unusual tree has 6 main trunks, as well as more fifty of the rooted branches. Growing in this way on the ground apple tree extends its life. 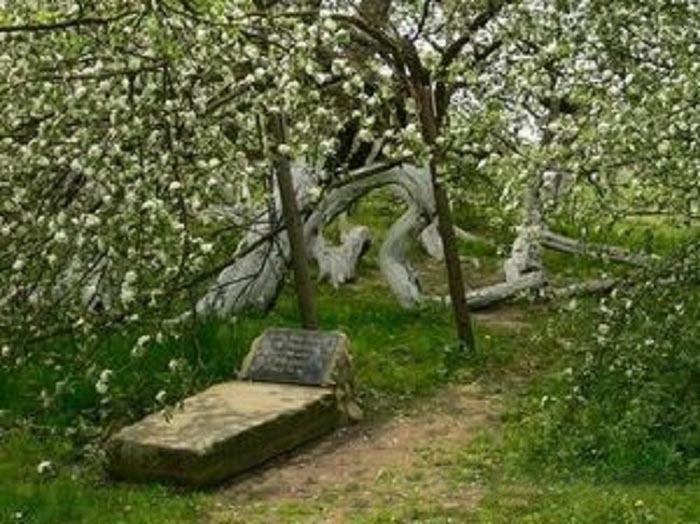 Among the local population there is a belief that a couple of centuries ago some person suffering from unrequited love imposed a terrible curse on a tree (that’s just what?) – and now it’s not maybe, like his other brothers, die and forced constantly multiply, like a bush of gooseberries or currants. By another version, the apple tree was planted by Meshchersky himself on his grave young wife.

Once, a very long time ago, the “princely” apple tree had a “native sister. “Planted elsewhere, this tree has grown quite ordinary and withered when he was 60 years old, even a trace he is gone today.

Breeders have repeatedly tried to grow from a stalk “lozovki” like a miracle tree. However beyond the maternal the colony did not want to form a garden. Participated in research I.V. Michurin concluded that the cause of Krolevetsky phenomena are not features of a particular apple variety? Here something other… 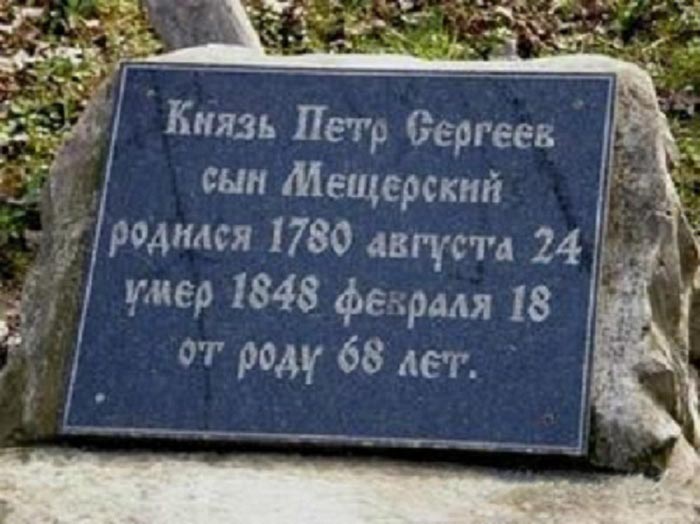 On the bark of a tree they tried to find aerial roots (like vines), however not found. At the same time, found in apple branches grooves up to 30 centimeters long, capable of accumulating after rain moisture. Specialists who investigated the place occupied by the colony, unanimously declare: it has unique energy properties. There is a crossroads of magnetic lines of force. However why in this case, only “walking” has unique properties apple tree, and her “sister”, who grew up in the same energy sector, turned out to be the most ordinary tree?

The healing properties of the apple tree

Local residents endow the “princely” apple tree with anti-aging and healing properties. Barren couples are believed to be she sends children. Tincture of sweet and sour apples (to taste they reminiscent of “ash-saffron”) helps with headaches. Leaning against a tree trunk, you can get rid of back pain. A drink lovers say: no matter how much you take under the apple tree on chest, still stay sober. And not even a hangover then you will feel …

In 1998, the Krolevets apple tree was declared a natural monument national significance. They come here all the time sightseeing buses. Especially a lot of people are here in spring, when a wonderful tree blooms. Adjacent to the garden the Junior station is located, the volunteers of which systematically clean colony from weeds. Due to the more than venerable age of his tree it is forbidden to fertilize, dig and trim, so as not to apply harm.