35 years ago, the Sverdlovsk woman died, who could read with eyes closed. Her performances in the 60-70s of the past centuries divided the scientific world into two camps. Some thought Rosa unique: wrote articles about her, collected scientific and practical conferences. Others called the swindler and also scribbled articles, but already revealing. Showed interest in her foreign lovers of mysticism and Soviet “competent authorities” … So who is she – the famous Rosa Kuleshova? 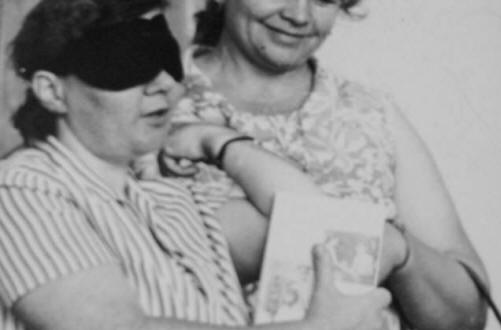 Rose was born in March 1940 in the village of Pokrovskoye near Nizhny Tagil. With the outbreak of war, the head of the family – Alexey Borodin – left to the front and did not return. Little Rose lived with her mother in the city, now with a grandmother in the village. From eleven years old she had seizures epilepsy. The girl graduated from the seven grades of school number 7 and entered work as a nurse in an infectious diseases hospital.

She was going to school for amateur performances visually impaired. Seeing blind people read Braille, she I also tried to “touch” the letters in a regular book and felt what can distinguish white from black. Rose started training and in a year and a half has achieved significant success.

Later, scientists called this period the formation of her contact skin optic sensitivity. By the fall of 1962 she not only knew how to read ordinary printed text, but also recognized on touch the color tones of paper and fabrics and perceived with fingers content of pictures and drawings.

At the same time, Rosa married Valentin Kuleshov – UVZ locksmith, their daughter Irina was born. Health in the young women were still weak, she received a disability group, Spent a lot of time in hospitals. One of her doctors is THEM. Goldberg – learning about the unusual talent of the patient, spoke about to his colleagues. Employees of the Department of Psychology of Nizhny Tagil

Pedagogical Institute began research on “dermal-optical sensitivity.” Rose moved with her family work in a school for the blind in Verkhnyaya Pyshma, began in her own way to teach children a method.

Soon, on the initiative of the society “Knowledge” Kuleshova was allocated an apartment in Sverdlovsk. In the winter season, she worked as a nurse in hospital or dishwasher in the dining room. And in the summer I went to the sea on tour. Here is how her daughter Irina recalls these trips. Palamarchuk:

– Mom took two tickets to any southern city – Anapa, Dnepropetrovsk, Sochi. In the carriage, she always sat down to play cards and always won. When they arrived, went to society “Knowledge”. There she was always welcome. Then we made a schedule speeches, and for all this time I was identified as a pioneer camp.

At concerts, mom with a tight blindfold on her fingers and legs read newspapers, determined through thick cardboard colors objects … The audience was delighted. Mom was happy for everyone success, she loved to be in sight, on stage felt the queen. And when the curtain went down, she experienced nervous breakdowns, often negative energy spilled on me …

Daughter of Rosa Kuleshova did everything not to repeat fate mother and she doesn’t like her own daughters at all exhibit psychic abilities. Photo of Galina Falcon. 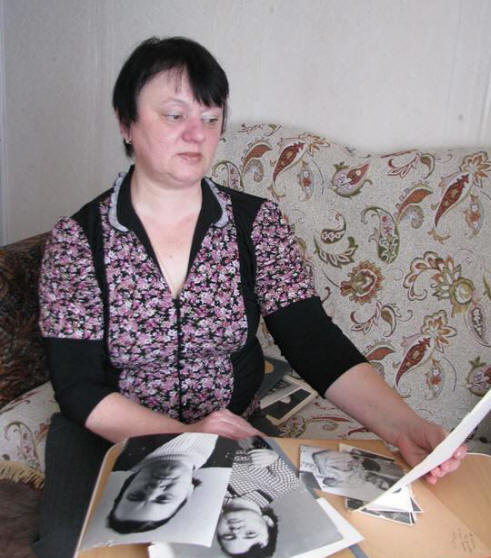 Rosa Alekseevna was especially critical of criticism. Each devastating article led to a nervous breakdown. In 1976 in Moscow conducted an extensive survey of Kuleshova, after which the “Literary the newspaper “wrote that the Tagil” clairvoyant “is a charlatan, able to skillfully peep. It should be noted that these experiments already carried out with a seriously ill woman, and, according to many scientists, then “with the water they splashed out a child.” In 1978 Rose died of a brain tumor.

Rosa liked to be a unique person, and she was one. Only the acquired gift did not bring happiness to the woman. With her husband lived only five years. How to save a family when not long You’re at home: you’ll be treated, then you will give concerts. Were in her lives and other men, but the novels ended quickly. And daughter rarely saw mom, grew up with grandmother, aunt, father and stepmother.

When Irina was 13 years old, her mother began to teach her to read with her hands. The girl did not want to, but she obeyed. I began to distinguish between large letters, figures, intuition suddenly developed. As soon as mom is gone daughter did everything so as not to repeat her fate.

– I crushed in myself all the acquired skills, – says Irina Palamarchuk. – I hold tight to my husband, gave birth to three daughters, now helping to educate grandchildren. I live in our ancestral village – Pokrovsky, I am engaged in fattening livestock for meat. I am sure that the desire to be special did not make mom happy. She experienced moments of fame, and I counted on long family happiness.