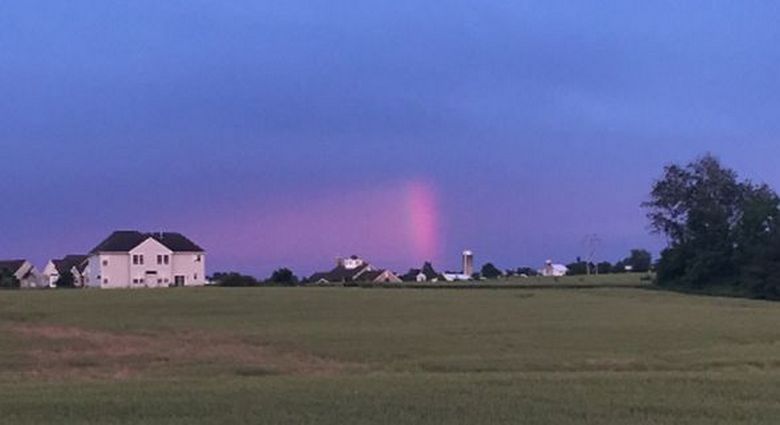 How many of us do not know that a rainbow is a celestial arc consisting of usually of seven colors. But the American – a resident of Dover from the state of Pennsylvania – captured a completely unusual picture a rainbow that was almost vertical and had one color – red. How could this happen, the woman asked, laying out her photo on the Internet?

There is nothing mysterious in this, experts explain, although, Of course, to see and photograph such a rainbow is a great success. Purely it looks red because all the other colors of this heavenly arcs scattered by dust particles and air molecules hanging on the way rays of the setting sun (almost at that moment on the horizon). As is well known, sunset rays for the same reason seem red to us as they go a long way in atmosphere, and the long-wave red color in this case is most “resilient”. 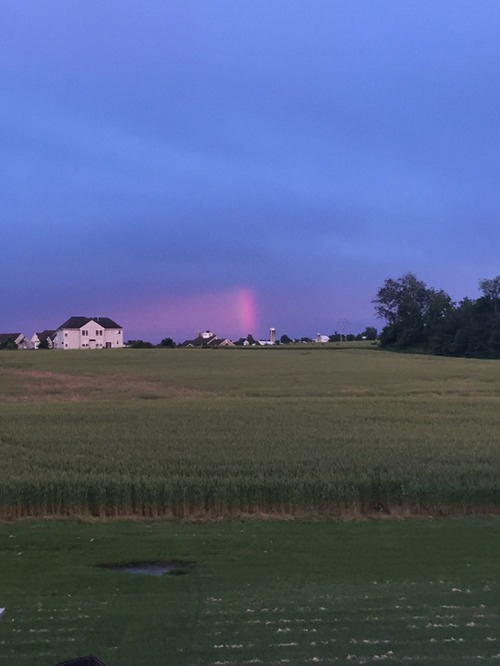 However, experts say, and red rays may to form only a rainbow-arc, and not a direct celestial path. IN In this case, it looks straight and vertical only thanks to clouds that almost cover the entire view, leaving from the rainbow a small piece – a piece in a flat strip.