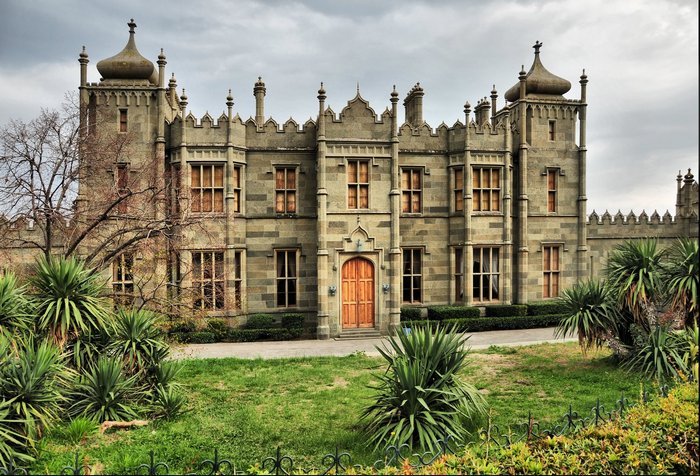 Immediately, this unique Crimea palace, allegedly erected in the beginning of the nineteenth century by Count M.S. Vorontsov – a mystery rather than our twenty-first century, since we do not know what reality happened two hundred years ago in Alupka, where today it is an amazing complex …

According to a well-established theory, this building was built in the beginning of the century before last by the forces of serfs under the project English architect E. Blor (who, by the way, in the Crimea and did not come). But it’s not even the architectural oddities of this structures, although they cause some bewilderment (for example, a mixture of eastern and western styles), but in the material from which Alupka Palace was built. This is diabase (modern name – dolerite), a very hard and durable stone (6-7 units on a scale Mohs), which can only be processed with diamond. 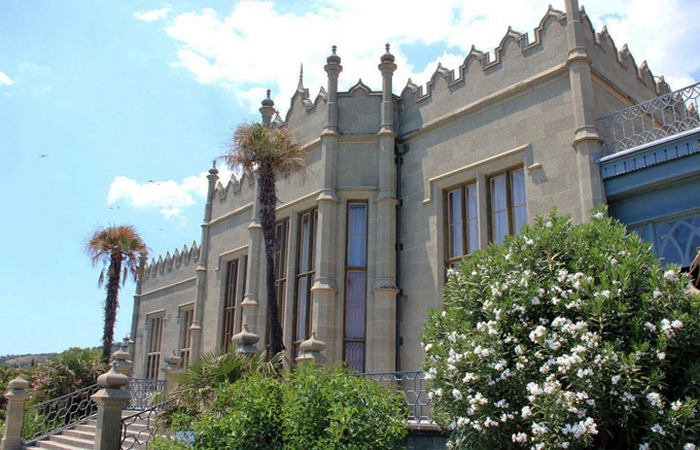 Even with modern technology for diamond cutting of stone (appeared only in the sixties of the last century) to build a palace from diabase is almost impossible, not to mention the inappropriateness such an undertaking:

But in the early nineteenth century there wasn’t even diamond technology cutting stone! Or maybe she was, and then she was somehow lost? Or, at that time, they were able to treat diabase somehow differently, more easily and simply (though this fantastic technology was taken and … lost)? .. It’s hard to believe in such miracles – even less than that the Alupka Palace was not built by Vorontsov and far from nineteenth century.

Who built the Vorontsov Palace?

By the way, the art of photography appeared a little later than according to the official version, the Vorontsov Palace was built. But because to prove that it was built at this time and certainly serfs are not possible. Pictures and verbal descriptions are not evidence, especially for a modern person who knows how history is falsified (though today we learned fake also photo and video materials, however in the century before last there were no computers and digital technologies yet).

In the presented photographs (see below) you can see how jewelery crafted diabase. Many stonecutters doubt what maybe even with modern technology. One thing to grind on a diamond machine some kind of dolerite, and quite another – assemble a palace from rather large plates and blocks, exclusively finely crafted and tailored. For example, pay attention to photo of a ruined and somehow restored wall. Why current restorers did not dare to use diabase and fit a wall under the general style of the palace? Yes, because it’s just impossible … 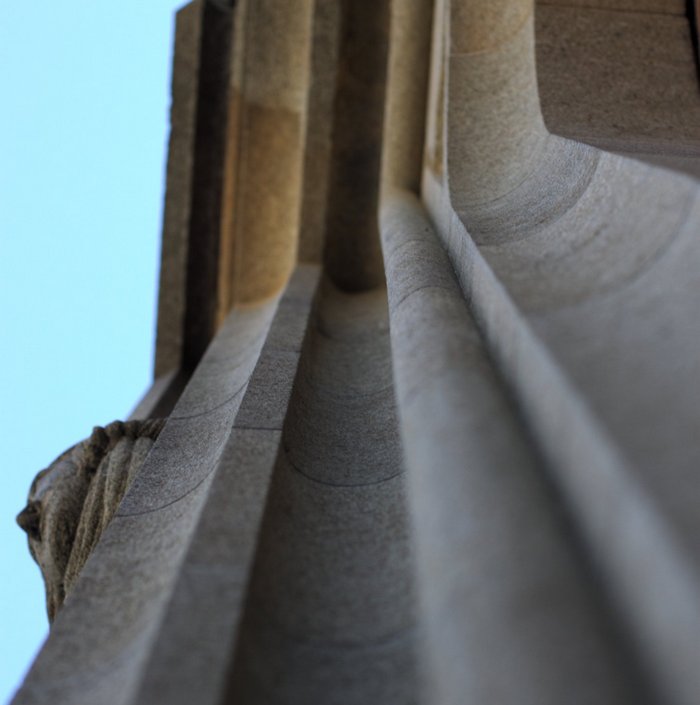 The conclusion suggests itself: the Vorontsov Palace was built with using fantastic technologies that could get in the nineteenth century … from whom? Ufologists say: only aliens, since they have long been present on our planet, moreover, they not only observe us, but often interfere with human life. 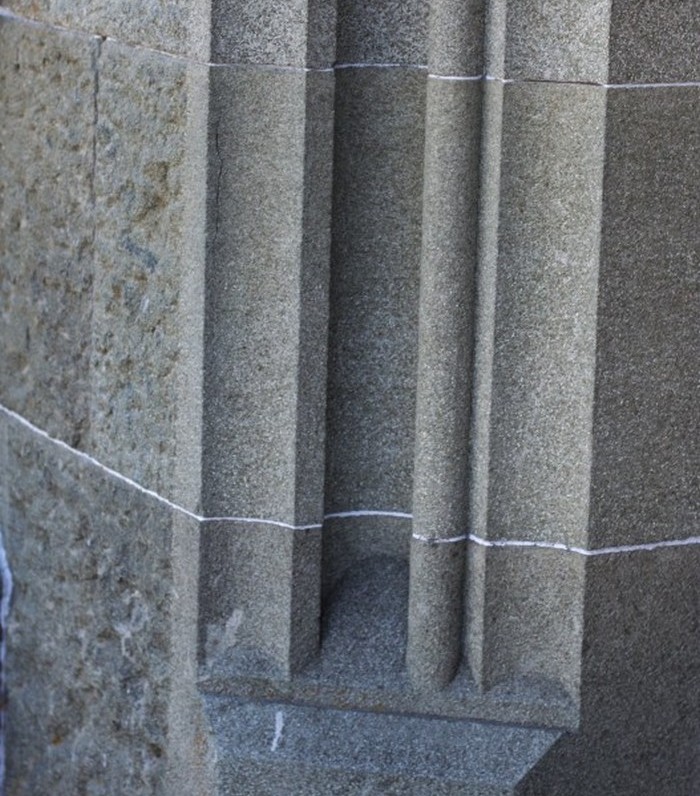 True, in this case it is not clear why it was necessary to build this gray, not too aesthetic from our point of view, but almost eternal, like the Egyptian pyramids, a palace? Alas, the logic aliens are hard to understand. 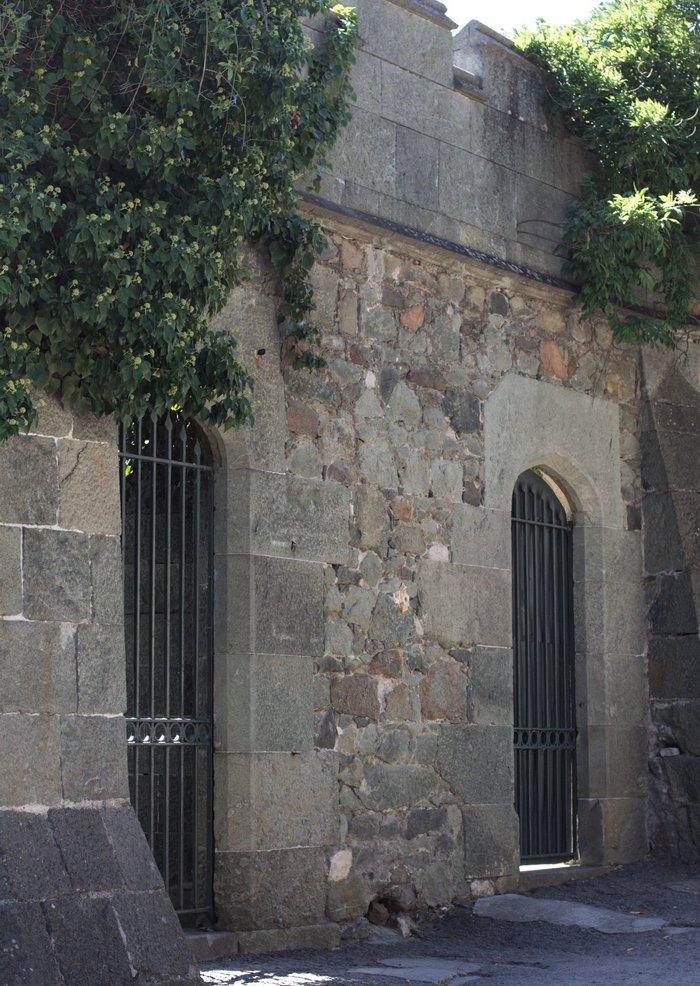 Are there any other, scientific explanations for this fact? There are, of course, such ones, but all of them cannot withstand any critics, and therefore they do not even want to consider them. More interesting seems the theory that the palace in Alupka appeared from a parallel world in which perhaps diabase is the most common building material. In this case it’s easier the dark gray style of this mysterious palace is also explained complex, not very characteristic of Russian society nineteenth century … 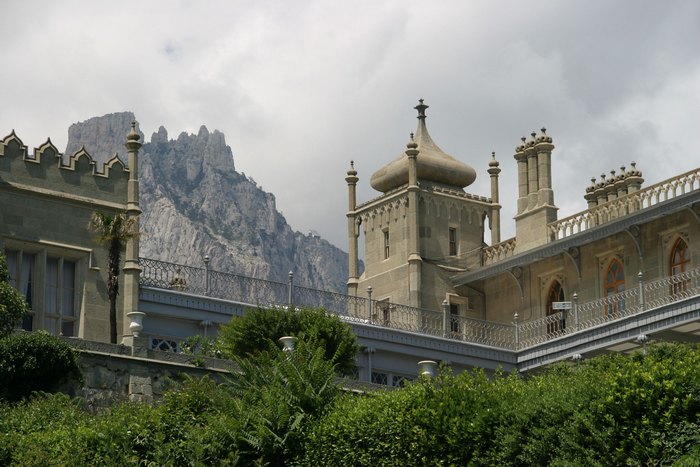