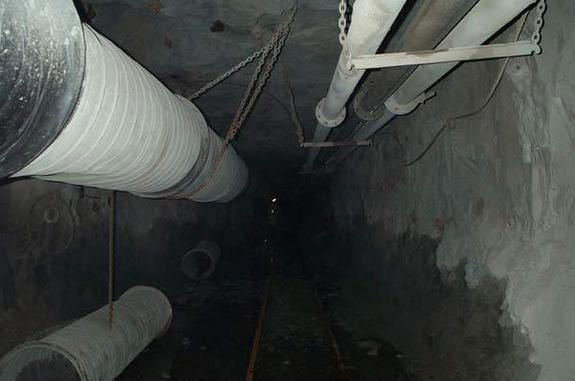 More recently, scientists in South African mines were tiny organisms found. The most interesting thing is that these organisms Feel great in conditions that are absolutely not adapted for life, because they live at a depth where no sunlight, no air. It turns out, despite the modern technology, scientists have not yet studied about 6 percent of the total living on Earth, including they are little familiar with the underground inhabitants, so today experts find it difficult to answer: how these bacteria were able to survive in such harsh for the existence of everything living conditions? Jean Amend, Biosphere Research Specialist from University of Southern California, commented: “Me and my colleagues we find it difficult to answer what kind of organisms these are, how many there are and how did they get there? And although these questions are fundamentally important – the answers not yet on them. “Many scientists in the world have embarked on a thorough analysis of detected bacteria, because we are sure that this will help understand the origin of life on Earth, and also advance in search possible alien life forms. Over the last few decades, researchers have been able to study several species mysterious microbes that live deep beneath the earth’s surface. The “deepest life” of bacteria was found at a depth of 3.2 kilometers in South African gold mines. And in 2011 scientists have found worms that live there and feed on these bacteria. “Also unusual bacteria and archaea (a species of unicellular) were found in sediments of hydrothermal springs, subglacial lakes, mud volcanoes, seamounts, “said Rick Colwell (microbiologist from the University of Oregon) who introduced the results of a new census of microorganisms earlier this month on meeting of the American Geophysical Union in San Francisco. For wider analysis, scientists decided to study the genes found bacteria and, although it’s too early to speak about the final results, during the research process, they discovered a key species of archaea living not only underground, but also in the world’s oceans, as well as in others, quite diverse habitats. Scientists suggest that analysis of the evolution of this species of archaea will help solve the secret of origin life on our planet, that is, to reveal an understanding of the first primitive cells appeared. However, a recent study detected bacteria is very slow, since any careless intrusion into their microclimate can be devastating affect the fragile genetic structure of bacteria. These underground microorganisms reproduce their own kind only once every several months, and maybe years, because they have very slow, you can say “glacial” metabolism, and at the same time the equivalent of their speed is equal to several electrons in give me a sec. It’s hard for scientists to imagine how the body can survive, having such a tiny supply of energy. Received thanks studies have shown that these bacteria do not only have a tremendous effect on the amount of carbon dioxide gas released into the atmosphere, which in turn changes the climate Earth, but can also tell a lot about the limits of life in harsh conditions of other planets, because these creatures survive in the most hospitable conditions – ignoring the scarcity of energy sources and water, and steadily withstanding crisis temperature fluctuations.